'She really wasn't finished and it was such a life cut short,' says Mila Mulroney 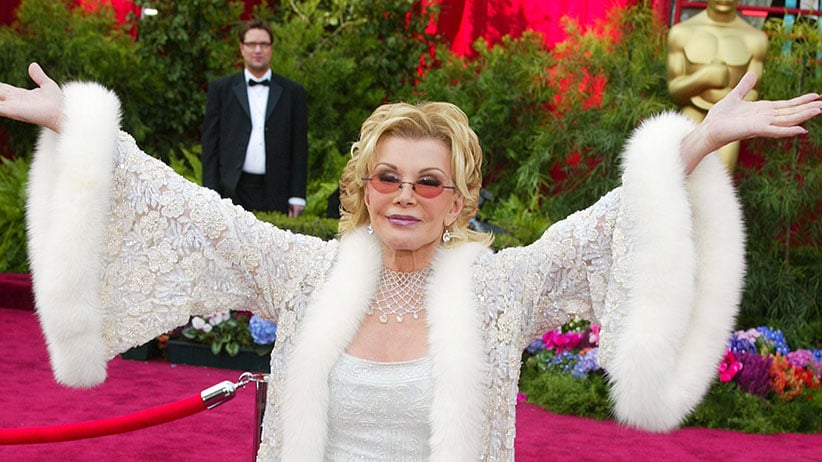 OTTAWA — No one was safe from Joan River’s sharp-edged humour, not even Mila Mulroney, who, a decade ago, found herself on the pointy end of a Rivers dart.

The comedian was among a gilt-edged group celebrating Brian Mulroney’s 65th birthday.

“She said the first time she met Brian Mulroney and then met his wife that she was sure I was his third wife because of the jewelry I was wearing,” Mila Mulroney recalls.

“It was a very harmless joke, there were no four-letter words. She was really very adaptable. She could be anywhere with anyone.”

“She really wasn’t finished and it was such a life cut short,” said Mila Mulroney of her reaction to Rivers’ death.

“It was upsetting from that standpoint and losing a very dear friend was another point.”

Mila Mulroney met Rivers more than twenty years ago through a mutual friend who had worked with former American first lady Nancy Reagan. The Mulroneys were living in 24 Sussex at the time.

The two hit it off, and they met over the years at dinners and events in New York, Montreal, Florida, and elsewhere. A few years ago, the Mulroneys took her to dinner at the Palm Springs home of Canadian business mogul Paul Desmarais.

“She liked people that dared to dare, and she always thought that politicians and their families were very big risk-takers,” said Mila Mulroney.

She said Rivers was fond of the former prime minister and his famous gift of the gab. Rivers tried to attend his 75th birthday this year, but her packed schedule wouldn’t allow it.

“She thought Brian was wonderful because he’s a good storyteller, and she actually stole some of his lines,” recounts Mulroney.

However, Rivers added her own particular spice to the borrowed gags.

“I think they were a little to risque to give to you. She adapted them, she added a few words to them.”

Mulroney said was struck by the difference between Rivers’ on and off-stage personas, an observation echoed by many of the comic’s friends since her death.

“She was quiet, she was a great listener. She didn’t have to have centre stage at all. She was a very good friend. She involved you in her life.”