Sharon Bala: In episode six, 'Bridgerton' drops the facade of fluffy rom-com and reveals itself as a horror 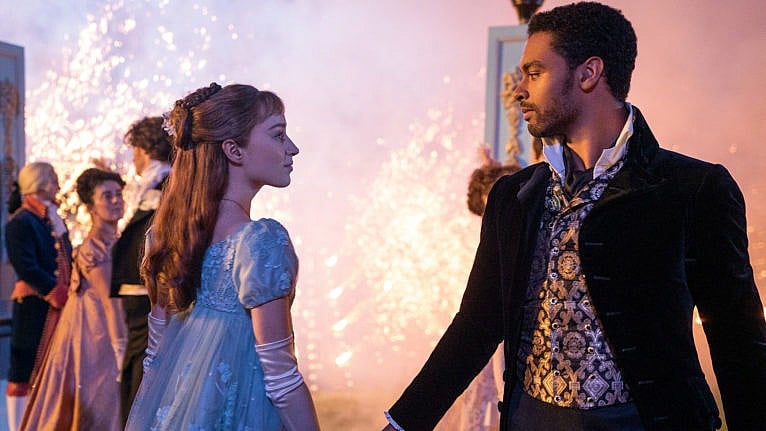 Sharon Bala is author of The Boat People, winner of the 2019 Harper Lee Prize for Legal Fiction and the 2020 Newfoundland & Labrador Book Award.

The show’s diversity is a departure from its source material, a series of novels by Julia Quinn. Romance is notoriously straight, cis-gendered and white, a controversial trifecta that recently sparked a public row within the industry. Against this backdrop, the adaptation’s success looks a lot like a middle finger raised at the old girls’ club.

When the Queen is Black, the sky’s the limit. Characters are granted agency and interesting backstories, allowed the full scope of human experience, regardless of skin colour. Black bodies are desirable, gloriously lit. Exhibit A: society’s most eligible bachelor, Simon, the Duke of Hastings. So, let the trolls wail about the anachronism of Black wealth, conveniently ignoring the 19th-century orchestra playing Ariana Grande. Romance, a genre that profits women authors for centring female desire, has always been subversive.

Bridgerton isn’t perfect. One wonders why Rhimes didn’t choose—and elevate the fortunes of—a Black-authored novel. Note, too, the almost total erasure of Asians and the sidelining of the darkest actors. But the vast majority of television is guilty of these failings. It feels churlish to single out Bridgerton, given the impossibly high bar cleared by its very existence.

“Do you know how precarious of a situation we are in?” a character asks, voicing an anxiety that could apply to the series itself. “We have been granted this line . . . but it will only remain ours as long as we remain extraordinary.” The extraordinary arrives in episode six when Bridgerton drops the facade of fluffy rom-com and reveals itself as a horror. Finish the series before reading on. There are major spoilers ahead.

A running gag in the early episodes: no one has enlightened the debutantes about certain marital diversions. Daphne goes to her honeymoon in ignorance and when she realizes Simon’s been pulling out to avoid conception—that when he said “I can’t have children” he actually meant he won’t—she’s furious. But rather than confront him or seek understanding, Daphne takes what she wants without preamble, pinning Simon down, overriding his requests to “wait, wait,” and bringing the theme of entitlement, introduced in episode one, full circle. Afterward, she gaslights, accuses him of taking advantage. “I trusted you more than anyone,” Daphne says, an absurd claim given her close-knit family, and particularly vicious considering his lack thereof and the cruelty of his late father, the very reason for his reluctance.

It’s worth questioning whether television needs yet another depiction of sexual assault. I’d argue there’s value in inverting the 1970s bodice-ripper trope, in subjecting a fictional man to the interrogation usually levelled against real women. Why didn’t he shout “stop” or push her off? Did he like it? Was it rape or misunderstanding? By rendering a more nuanced version of events than pop culture usually offers, Bridgerton forces an important conversation about the grey zone in which so many real-life encounters exist.

Afterward, Simon is devastated, Daphne unrepentant. Separation seems imminent. It’s difficult to avoid the conclusion that all this heartache would have been averted with honest communication. But if the series hoped to impart that lesson, it took no pains to spell it out.

Daphne never apologizes. Worse: Simon does. As an author, I admire the restraint. Daphne is immature and self-absorbed with a 19th-century understanding of consent. Contrition would have been a clumsy imposition, wholly out of character. On the other hand, we can’t pretend fiction exists on a separate plane, divorced from the culture that feeds and consumes it. When a show tackles a heady subject, is it obliged to telegraph a clear moral? Or do viewers bear responsibility as well, to be critical rather than passive consumers?

After a family gathering, where Daphne’s younger siblings charm him, Simon seems to come around. An heir is born. Everyone appears overjoyed. That’s one interpretation of the finale. Here’s another. Like so many victims, Simon swallows his trauma. Because his abuser loves him. Because they are married. Because who can he tell, and who would take his side? But betrayal is a wound that festers. “It must be taxing,” Daphne’s sister Eloise says in an early episode. “This game of pretend you feel you must endlessly maintain.” Perhaps Bridgerton has given us the most subversive thing of all: an unhappy ending.

This column appears in print in the February 2021 issue of Maclean’s magazine with the headline, “Bridgerton’s real scandal.” Subscribe to the monthly print magazine here.