If you do allow your child to use YouTube, warn them that they may find material by accident that is upsetting 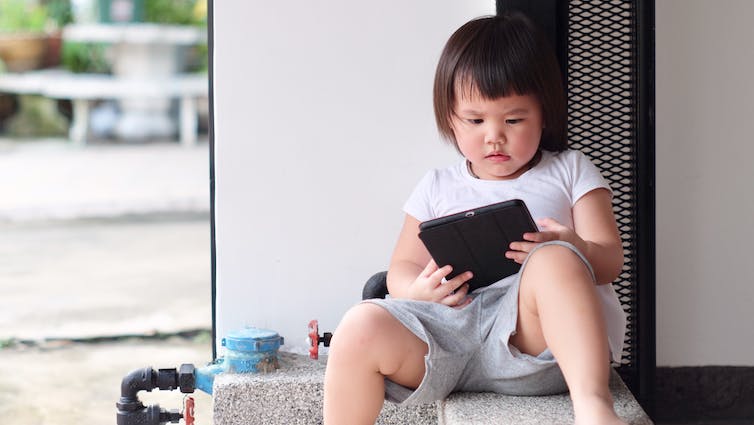 YouTube has been under fire for exposing kids to harmful content. How can you keep your children safe and what are some safe viewing options? (Shutterstock)

David R. Brake is a researcher and educator at the University of Alberta.

In recent weeks parents have been shaken by media reports about upsetting, offensive or crassly commercial videos that children using YouTube and YouTube Kids could be exposed to just by following links from content they are familiar with.

Some examples include Peppa Pig eating her father or being tortured at the dentist.

While most of the time that kids spend watching screens is still conventional TV, a recent report from Common Sense Media shows children’s use of phones and tablets in the United States has exploded in the last few years.

Because the screens are smaller and kids may be wearing headphones it is harder for parents to be aware of what their kids may be watching, and they may not fully appreciate the difference in the level of child protection provided by broadcast TV and YouTube. 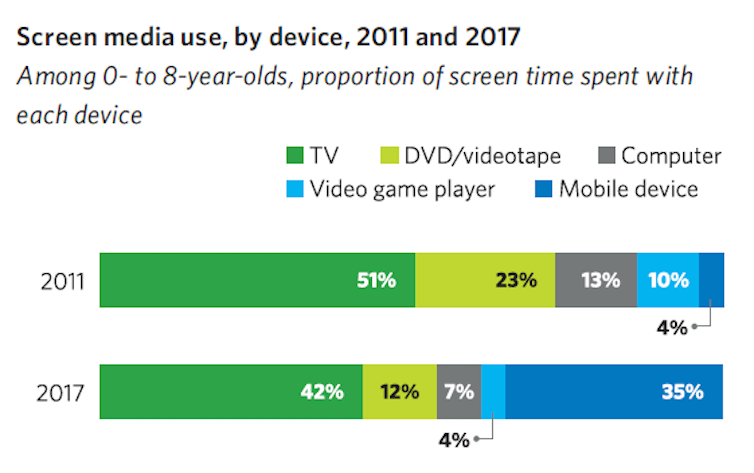 From The Common Sense Census: Media use by kids age zero to eight in the U.S. (Common Sense Media)

Children’s broadcasters source their programs from a limited pool of providers and are expected to carefully approve every program they air — if they show inappropriate material they can be fined or even lose their licence to broadcast.

YouTube largely regulates itself. Since 400 hours of video is uploaded to the service every minute, it relies heavily on uploaders to label their work appropriately. YouTube also uses computer programs to try to identify and classify problematic content, and complaints by users themselves.

This last idea — of user complaints — depends on parents to be vigilant or to teach children to make these complaints themselves. But there is no prominent complaint option in YouTube’s interface. The option to report harmful content is hidden in a sub-menu with a flag as a rather subtle visual cue.

YouTube’s global head of family and learning content, Malik Ducard, maintains that “less than .005 per cent of the millions of videos viewed on YouTube Kids in the past 30 days had inappropriate content.” But this low number may largely reflect under-reporting of problems. It also does not take into account the sizeable number of children using “regular” YouTube (as opposed to YouTube Kids).

When kids across Europe were asked in 2010 about what bothers them most online, one in six said video-sharing sites — a higher proportion than social media or websites in general. And this was before the recent increases in children’s use of YouTube.

Changes are needed to guidelines

Google (which owns YouTube) has responded to this criticism with a five point plan. They have promised “tougher and faster application of community guidelines” and say they plan to raise the number of people monitoring content to 10,000 in 2018 which is a 25 per cent increase.

This is a step in the right direction. However, we don’t know enough about the scale of the problem to know whether this will be adequate. Also, at least one of the “answers” offered in their recent announcement seems a retrograde step.

They have repeated their promise which they announced in June: They will be removing ads from any content “depicting family entertainment characters engaged in violent, offensive or otherwise inappropriate behaviour, even if done for comedic or satirical purposes.”

There is a place for satirical content aimed at adults – if it can be identified in order to remove ads from it why not just segregate it away from childrens’ content instead? This move by Google seems more an attempt to appease nervous advertisers than a child protection measure.

Fortunately, one of the measures they have announced is that they will be “engaging and learning from experts.” In that spirit, I have provided below some recommended policy and interface changes which I believe Google should consider.

I also offer some practical suggestions which, if implemented, may help parents navigate YouTube. As someone who has studied digital media literacy for the past decade, I believe they could go some way towards helping families cope better. 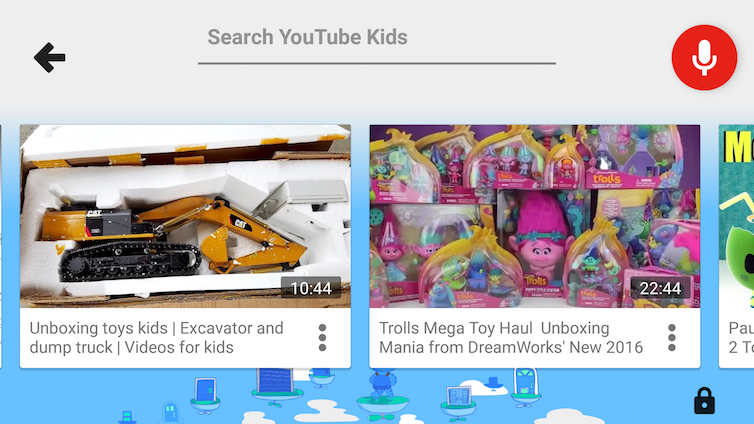 ‘Channels’ devoted to unwrapping and enthusing about toys are very popular on YouTube – and are also available on YouTube Kids. They can be hard to distinguish from advertising. (YouTube Kids)

Because everyone’s experience of YouTube is customised and therefore different, and because YouTube has yet to share much information on the scale of the problems that may exist, it is hard for parents to assess how worried they should be and therefore how they should react. But plenty of video alternatives exist aimed at children.

In Canada for example there are some options: CBC Kids and Treehouse TV, and Radio Canada and Yoopa (in French).

These services may offer a more limited selection than YouTube, but precisely because the content is hand-picked these options are less risky and have potentially a higher proportion of educational as well as entertaining content. 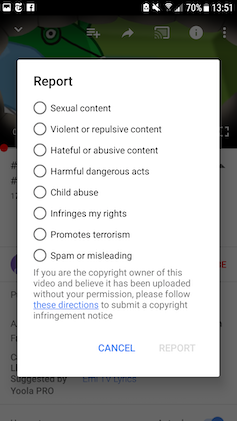 If you do allow your child to use YouTube, warn them that they may find material by accident that is upsetting. Explain it is not their fault they found it and encourage them to talk to you about it if they do see something wrong — or at least show them how to report the problem to Google.
While YouTube Kids provides better “childproofing” than Youtube itself, do not assume it is all harmless — even if it does not lead to violent content, you might find a greater amount of marketing to children in the guise of entertainment, for example. ‘Channels’ devoted to unwrapping and enthusing about toys given to their authors are popular both on YouTube and YouTube Kids.

Watch with your children from time to time and be prepared to discuss with them the differences between impartial reviews, paid endorsements and advertising — distinctions that even grownups sometimes find difficult to draw!

Lastly, if what you have been reading concerns you, let Google and your elected representatives know.

Governments in particular have tended to allow giants like YouTube and Facebook to regulate themselves, but if they don’t do a better job of it, they may need some outside pressure to do the right thing.