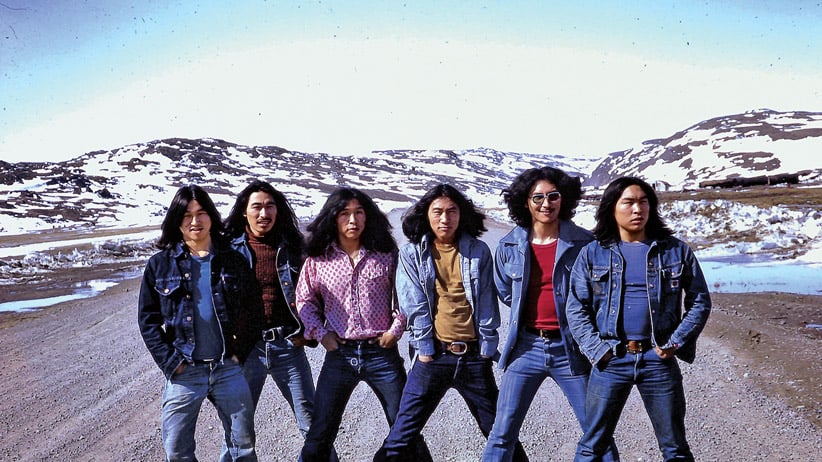 Record collectors are a funny bunch. No region or subgenre is too obscure to fetishize: They snap up reissues of Peruvian cumbia bands from the 1960s, R&B from Milwaukee that influenced Prince, and electro sounds from South Africa. But what about our own backyard? Canadian records mostly seem confined to dollar bins, so it’s no surprise that even the biggest music geeks know nothing about Aboriginal music in this country before the days of Polaris prize-winner Tanya Tagaq or A Tribe Called Red.

Kevin Howes is the rare DJ who actually seeks out Canadian obscurities: Seven years ago, he curated the fantastic Jamaica to Toronto compilation, a collection of soul, R&B and reggae, made by Caribbean immigrants to Canada that stands just as tall as any Motown anthology. It was put out by Seattle label Light in the Attic, who also reissued records by forgotten Detroit singer Rodriguez before an Oscar-winning documentary was made about him (Searching for Sugarman); Howes, who lives in Vancouver, was a researcher on that project. Now, he and Light in the Attic bring us Native North America Vol. 1: Aboriginal Folk, Rock, and Country 1966–1985, featuring tracks by 22 Canadian artists (and one Alaskan). None of them is named Buffy Sainte-Marie; the most avid Canadian music fan would struggle to recognize any names here. Yet the music is remarkable: reflective, strident, joyous, angry, celebratory, alive. And the 120-page book that comes with the CD provides captivating reading.

We hear Morley Loon, a Québécois Cree who fused traditional music with psychedelic rock: reverb-drenched percussion, shifting tempos and a droning chant not unlike the other Indians—as in, from India—making so-called “raga rock” at the time. We meet Ernest Monias, a Cree Manitoban known as “Elvis of the North,” and the Chieftones, whose manager—their former residential school supervisor—made the Nisga’a, Gitxsan and Dene musicians wear Plains region headdresses and matching white suits to attract white audiences; the band had a long career with a Las Vegas residency, a stint in Nashville and a gig opening for the Beach Boys at Madison Square Gardens.

The loudest music on this album comes from Sugluk and Sikumiut, two rollicking Inuk garage bands from the ’70s. “In my total ignorance,” admits Howes, “it was a total eye-opener for me that a Black Sabbath record would travel from Montreal to Salluit in northern Quebec and that it would influence musicians there. But music from that era affected people from around the world, regardless of how remote their location was.”

Willie Thrasher grew up in the northwesternmost part of the Northwest Territories, in Aklavik, where he was sent to residential school at age five. Later, he moved to a school in Iqaluit, where he formed what he says was “the first Inuit rock ’n’ roll band in history, the Cordells. Who knew that a bunch of Inuit who used to hunt caribou and live off the land could play rock ’n’ roll? It was so cool. We used to fly from community to community. We’d play dances and make $100, which was a lot then.” Yeah, but how much was the plane? “Oh, $15. But sometimes, the pilot would give it to us for a percentage.” One night, at a New Year’s gig, an old white man told them, “Why don’t you guys write Inuit folk music about your culture?” Thrasher says the idea kept him up all night. “From that moment on, I was determined to be a songwriter. What touched me the most was that it brought back my spirit: who I was.” He moved to Ottawa in 1972 and began recording and touring; in 1980, the CBC commissioned a full-length recording, Spirit Child. He’s now a licensed busker in Nanaimo, B.C.

Until now, the only compilation that captured this scene was Sweet Grass Music, recorded live at a festival in Val d’Or, Que., in 1980, and released by songwriter Willy Mitchell. The LP quickly went out of print, after a Japanese businessman bought half the entire pressing the day it came out. It was bootlegged on CD by a German label in the ’90s; Mitchell didn’t see a cent. This time, everyone is getting their due—financially, but also in the history books and, hopefully, in the collections of music fans everywhere.