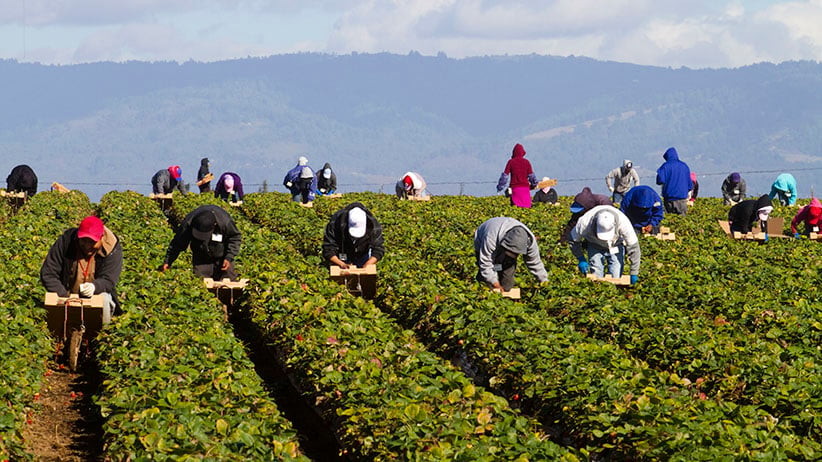 A few months ago, a construction worker named Brian Fernandez was grocery shopping in Orillia, Ont., surveying the ketchup selection. On a low shelf, underneath multiple rows of red Heinz containers, he noticed a brand he’d never seen before: French’s. They make great mustard, he thought. But ketchup?

Fernandez didn’t buy a bottle that day, but he did go home and conduct a little Internet sleuthing. He soon discovered what was major news back in 2013: H.J. Heinz Co. had decided to abandon its historic factory in Leamington, Ont. (the “tomato capital of Canada”) after more than a century in business. Fernandez also learned that another firm, Highbury Canco Corp., had swooped in to purchase the old plant—and that French’s, now a Heinz competitor, was buying tomato paste for its new ketchup from that same factory.

Fernandez was sold. In a Facebook post that soon went viral (more than 130,000 shares and counting), he criticized Heinz’s decision to “pull the plug on its Canadian plant” and proclaimed his loyalty to French’s brand—made with “Leamington tomatoes from Canadian farmers.”

So began the ketchup wars—with Leamington as ground zero, ripe with national pride. It didn’t quite matter that Heinz, cast as the bad guy, remains a huge part of the community, purchasing loads of tomatoes from its old plant (to be used in juices and other products, though not ketchup). Or that good-guy French’s, a U.S. firm, ships a lot of those Ontario tomatoes to Ohio for ketchup production. In the eyes of many, buying Heinz was suddenly akin to treason.

Min Sook Lee read all those headlines in February and March. A documentary filmmaker, she had been busy chronicling another side of the ketchup frenzy, an angle nobody bothered to mention: the migrant, temporary labourers—thousands of them—who toil in the vast greenhouses and sprawling farmers’ fields of Leamington, picking and packaging the vegetables we eat every day, tomatoes included. “I am keenly aware of how Leamington has been drumming up a lot of nationalist fervour,” Lee says. “I think that myopia has to be interrupted.”

Her latest project, Migrant Dreams, will do just that. Premiering at Toronto’s Hot Docs festival on May 1, the film explores the dark side of Canada’s Temporary Foreign Worker Program (TFWP), a controversial federal initiative that allows companies—from hotels to fast-food restaurants to slaughterhouses—to hire out-of-country employees when they can’t find willing Canadians to do the work. A story of abuse and exploitation in the heart of tomato country, the documentary evokes anything but national pride.

“When people talk about buying organic, buying local, I think it’s a really shortsighted viewpoint because it doesn’t factor in who is doing the work,” Lee says. “Yes, it’s important to buy local, but also to think about labour issues. Are the people in the local farms and local work sites being treated properly?”

The film raises many other uncomfortable questions, at a time when Justin Trudeau’s Liberals have promised to launch a review of the TFWP. Why are most of these employees denied the chance to pursue permanent residency in a country defined by immigration? Why are they tied to one company while they’re here, barred from switching jobs? Who is checking to make sure their workplaces are safe and their accommodations humane? “This is a very critical, necessary public dialogue that we need to have,” Lee says. “There has been almost no political will or national interest in the situation of migrant workers. This isn’t new.”

In existence (in one form or another) for more than four decades, the TFWP was created to address critical labour shortages in particular sectors. Simply put, if an employer cannot find a Canadian to do a certain job, it can ask Ottawa’s permission to contract a provisional worker from abroad, for a maximum stint of four years. The government will then conduct a Labour Market Impact Assessment (LMIA) to confirm that a Canadian can’t be found to fill the opening. At this moment, more than 60,000 foreigners are working in Canada under the TFWP.

When the program does make news, the theme is usually the same: Are these foreign workers stealing paycheques from hard-working Canadians? In 2012, Vancouver-based HD Mining came under fire for hiring 200 people from China for a coal mine project, triggering a court challenge by organized labour groups. A few months later, RBC was forced into full damage-control mode amid allegations that the bank was replacing some IT staff with temporary foreign workers. Although the original story was slightly torqued, perception became reality. (An internal government document, leaked to a newspaper at the time, confirmed people’s worst fears. Some employers may be using migrant workers to address “long-term structural labour gaps” instead of short-term needs, it said.)

In 2013, Stephen Harper’s government announced major changes, giving the feds more power to suspend work permits if employers abuse the program, and requiring companies to have a “firm plan” to eventually transition to a Canadian workforce. Further reforms followed, including fines ranging from $500 to $1 million for “misuse” of the TFWP. “Our government is committed to ensuring that Canadians are always considered first for available jobs,” the Tories proclaimed.

But so often lost in the debate are the foreign workers themselves—and how the system treats them. “They perform what I sometimes think of as invisible work,” says Jody Brown, a Toronto lawyer who represents some TFWs. “It is not good to paint the entire industry with the same brush, because I know there are some employers out there who recruit temporary foreign workers and do treat them appropriately. But there is definitely a dark side to it.”

Lee’s film follows a group of Indonesian women who are essentially prisoners to their greenhouse employers in the Leamington area, constantly afraid of losing their jobs and being deported before their contracts expire. It also reveals the shady world of international recruiters, some of whom charge foreign workers thousands of dollars in illegal fees—and show up every week to collect their payments. (In December 2014, the Ontario Provincial Police laid extortion charges against three alleged recruiters in the region, saying they charged illicit fees ranging from $1,400 to $11,500. The trio’s next court date, in Windsor, is scheduled for Aug. 3.)

A recent report from the United Food and Commercial Workers (UFCW), one of Canada’s largest unions, urges the government to create an accreditation program for recruiters. It also calls for random inspections of housing conditions, which vary widely. One of the most chilling scenes in the documentary is cellphone footage of a cockroach-infested kitchen. “You see extremes on both sides,” says Stan Raper of UFCW. “Some of the big farmers’ bunkhouses have satellite TVs and pool tables. But because there is no monitoring and enforcement, you are going to see those extremes—until somebody takes responsibility for that.”

More than anything, though, the film asks one key question that Canadians should contemplate: Why must these workers be temporary? If they are filling a genuine labour gap, why aren’t they given the opportunity to fill it permanently?

“If someone is willing to come here and work hard for four years, that is four years of back-breaking labour that has supported industry and our local economy,” Brown says. “That they’re then told to just leave is unjust. They should have a chance to stay here.”

The Liberals’ promised review of the program falls to the standing committee on human resources, skills and social development, but neither the scope, nor the timing, has been announced. In a written statement, the ministry of employment and social development said the Trudeau government “will consider the committee’s report” when it is complete and “bring forward its plan later this year to improve and change the Temporary Foreign Worker Program.” (As for Leamington, Mayor John Paterson declined an interview request, saying in an email that the makers of Migrant Dreams have displayed “an overtly strong bias toward showing as much negative as possible to the complete exclusion of all the positives that exist.”)

The women depicted in the film are identified only by their first names, and their faces will remain hidden until the documentary’s debut. “They’re putting everything on the line,” Lee says. “They’re just so sick of it. They clearly know they’re being ripped off.”