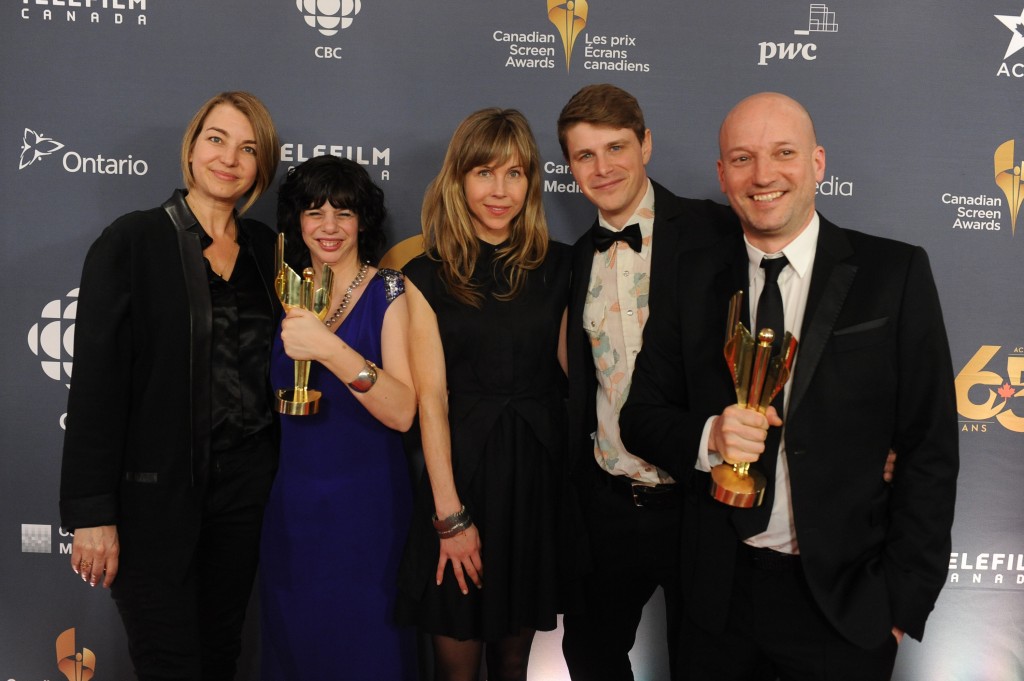 “I’m thrilled to be back in Toronto, especially now that you’ve legalized crack!” With those words, Martin Short kicked off the Canadian Screen Awards gala, broadcast on CBC-TV Sunday night. It was among a volley of Ford jokes that Short unleashed with vaudevillian panache—examples of the kind of cheap humour he said would never stoop to exploit. Opting for barbed wit over cheap hometown sentiment, Short greeted the glam crowd by saying, “It reminds me of luge . . . So many of you have come so far by simply lying on your backs.”

Welcome to Canadian showbiz. This is an awards show where the biggest star in the room is the host delivering the monologue. After inaugurating the CSA gala last year, Short was back on board for the sophomore year of this newly amalgamated awards show, where Canadian film and TV folk are celebrated on the same red carpet in a push to maximize the country’s struggling star system. Or as Short quipped, to “bring film and TV people together so people can see what real arrogance looks like.”

Many more people watch Canadian TV shows than Canadian movies, but as at the Golden Globes, cinema took the pride of place at the CSAs. Auteur David Cronenberg opened the show with a taped bit of backstage shtick that had him exploding Short’s head à la Scanners. And the centrepiece of the ceremony was a fulsome tribute to Cronenberg’s 40-year career, capped by an uncharacteristically emotional acceptance speech as he accepted a lifetime achievement trophy from his three-time star Viggo Mortensen, who deemed Hollywood’s failure to give his favourite director a single Oscar nomination “a load of crap.”

Cronenberg, who has built an international career rooted in Toronto, is an exception to the demographics of Canadian film. The CSA’s film prizes reaffirmed that the dominant power in our national cinema remains rooted in Quebec. Plus ça change . . .  Even without the presence of two Oscar-nominated American movies by Quebec filmmakers—Dallas Buyer’s Club and Prisoners—Quebec talent dominated the winner’s circle at the CSA. But the wealth was widely shared, with no single film sweeping the major categories. 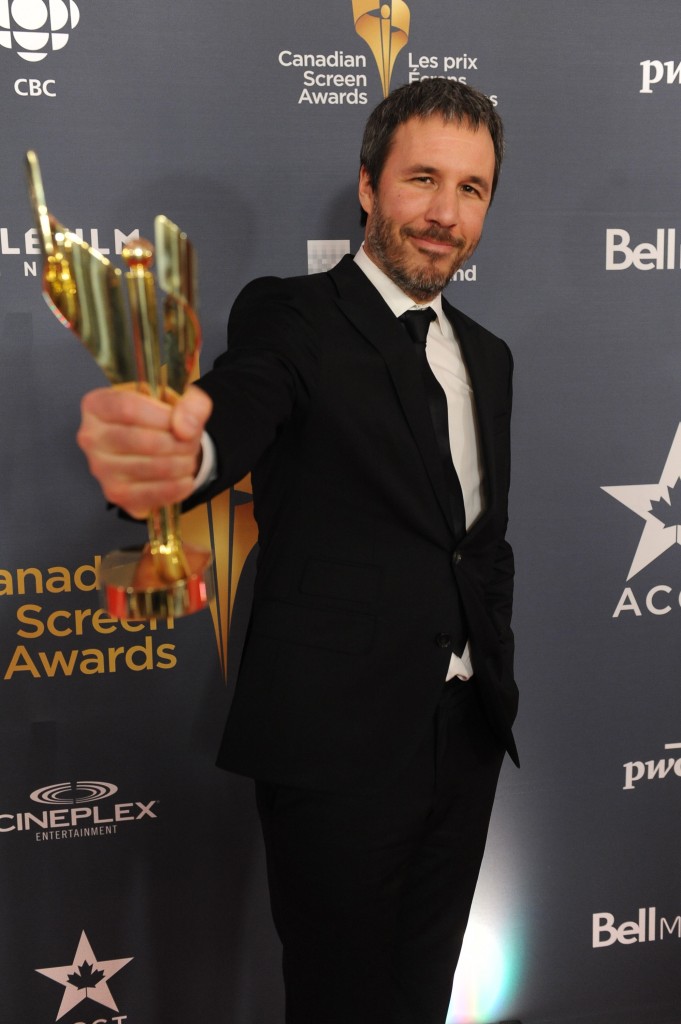 Enemy, Denis Villeneuve’s English Canadian debut, starring Jake Gyllenhaal as two doppelgängers in Toronto, led the trophy count, winning five of its 10 nominations, including best director, cinematography, editing, score and supporting actress (Sarah Gadon). Best picture went to Gabrielle, Louise Archambault’s heart-warming romance between two developmentally challenged young adults in a Montreal choir. But that was its sole trophy aside from best actress; it went to an overjoyed Gabrielle Marion-Rivard, who made her screen debut in the title role. Gabriel Arcand won best actor for Le Démantèlement (The Auction), the film’s single win. Gordon Pinsent snared The Grand Seduction’s only prize, as best supporting actor. Empire of Dirt and The F-Word both picked up an award apiece, for original and adapted screenplay. Quebec’s Louis Cyr: The Strongest Man in the World picked up two trophies in technical categories.

As if to underscore the divide between identifiably Canadian cinema and the generic action movies that use Canada as a back lot, The Mortal Instruments: City of Bones, won four prizes, all in technical categories, plus the Golden Reel Award for being the 2013 Canadian box-office champ.

Offstage, the CSAs draw as much debate as celebration. After winning best documentary feature for Watermark, which she directed with Edward Burtynsky, Jennifer Baichwal praised the “awesome” changes wrought by Helga Stephenson, CEO of the Academy of Canadian Cinema and Television. But she berated the awards for excluding documentaries from the various craft categories. “If you could call the documentary Canada’s art form,” she added, Baichwal questioned why docs are not eligible for the CSA’s best picture prize, noting that it outpaced some dramatic features at the box office. By contrast, the Toronto Film Critics Association voted to give the $100,000 Rogers Best Canadian Film Award to documentary features two years in a row: Stories We Tell and Watermark.

While the CSA film prizes were weirdly scattered—with the best picture lacking the best script, director, actor, or any technical awards, things were more coherent on the TV side. The big winners were Call Me Fitz and Orphan Black, which won best comedy and drama series respectively. Fitz’s co-stars stars, Jason Priestley and Tracy Dawson, both won acting prizes for their now-defunct comedy series. Hugh Dillon won best actor in a drama series for Flashpoint, a show that is long gone. And the co-stars of the TV docudrama Jack, Rick Roberts and Sook-Yin Lee, won acting trophies for their roles as Jack Layton and Olivia Chow. CTV’s Lisa LaFlamme was named best national news anchor, CBC’s Dragon’s Den won the prize for best reality/competition program or series, and Michael Bublé won a hosting award for his work fronting the Juno Awards. 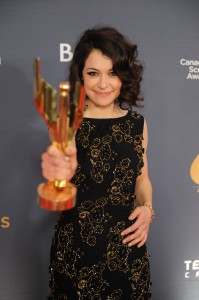 But it seems unlikely that the CSA gala would win any awards if the crowd at the after-party were voting. Although Short gave a funny, edgy monologue, his presence onstage seemed truncated, less generous than his flat-out performance at last year’s gala. And audience members were appalled by the way the CBC cut short the show’s finale to make way for the news—the Gabrielle winners barely had time to pick up their trophy and say thanks before they unceremoniously got the hook; worse, their fellow nominees were not even mentioned.

Aside from Short, the star of the night was clearly Cronenberg. He didn’t have a film in competition but he had the biggest moment. As the audience gave him a prolonged standing ovation for his lifetime achievement award, the director offered sweet, touching speech than began with a  joke: 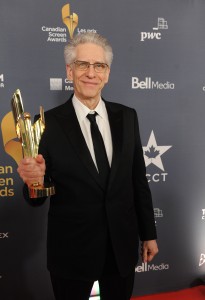 “A man visits his doctor and says, ‘Doctor, I can’t pee.’ The doctor says, ‘How old are you? The man says, ‘I’m 93.’ The doctor says, ‘You’ve peed enough.’” Then the 70-year-old director added, “I thought the Academy was sending a message: ‘You’ve peed enough.'” Which got him thinking: “What if there’s an afterlife? Then I could get the afterlifetime achievement award.”

In an uncharacteristic departure from his usual ironic rationality, Canadian cinema’s most eminent filmmaker seemed genuinely moved by the waves of affection coming his way from the Canadian film community. As he ended his speech, he choked back tears in thanking his wife, Carolyn. Later, in the press room backstage, he admitted he has never enjoyed looking back on the past, and never even watches his own movies. The future, he said, is more comforting. But with the CSA honour, and the recent TIFF Bell Lightbox retrospective of his career,  he had no choice but to reflect.

Meanwhile Cronenberg’s career is still firing on all cylinders. He has a new movie, Maps to the Stars, which he hopes will premiere in competition in Cannes in May, and his first novel, Consumed, has been sold for publication in 17 countries. “There’s even going to be a Rumanian edition,” he said backstage, pointing out that his original ambition, after all, was to be a novelist. “It’s taken me 50 years to get to it.”

Perfecting the art of celebrating Canadian talent seems to be taking just as long. By fusing the Genies and the Geminis to create a whole new awards show, Academy CEO Stephenson and chair Martin Katz have rescued a failing institution and made it a going concern. The action on the red carpet had that Fellini-esque frenzy that every red carpet worthy of the colour must have. And Stephenson, who helped steer TIFF into the big leagues when she was its director, has created a week-long mini-festival of CSA talent leading up to the gala. The TV show is still the toughest act to pull off, and it’s got more class and energy that the Genies or Geminis ever had. But it still feels fraught, and its problems run deeper than the Academy, or the event itself. The celebration can’t help but be bittersweet when we’re asking the nation to celebrate TV shows that have not been renewed and movies that no one has seen.