Why Canadians are closer to losing their news than they think

The depth of Canada’s media problem is only truly visible by looking at the country's most popular news access point: Facebook 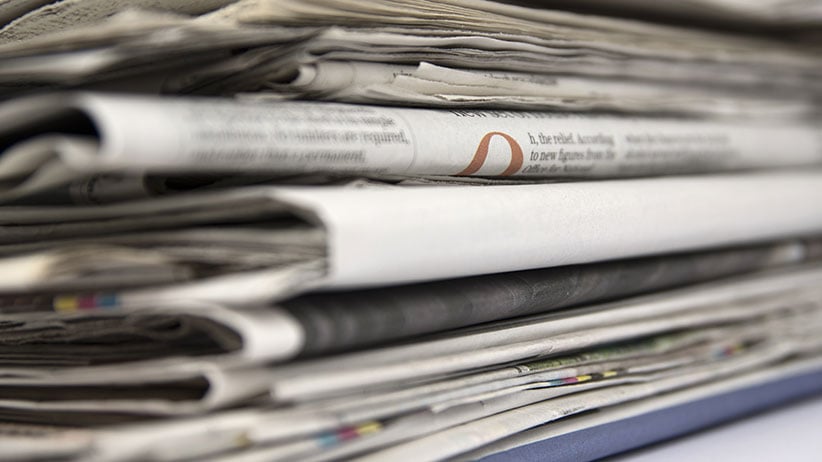 The results of an Abacus poll published last week confirmed what most probably already suspected: if Canadian local newspapers were to disappear, few would care. When Abacus asked a cross-section of Canadians whether they’d still be able to get “the news you need” if their local paper were to go under, 86 per cent said yes.

An obvious follow-up question: From where?

If Abacus asked, they didn’t let on. But some earlier data from the polling firm might suggest an answer. In February, 61 per cent of respondents to an Abacus survey said they checked Facebook at least once a day. Forty-two per cent told the pollster they checked it every day for news—more than claimed they used Facebook to “like or share other people’s content.”

The likely reason is that news that might otherwise cost money to access is often, if not always, free on Facebook. But what if that were to change? Earlier this month, sources told the Wall Street Journal that Facebook is planning on rolling out an option for publishers to erect paywalls within its app. The publisher of the Philadelphia Inquirer told the Journal that such a move would be a “powerful and historic game changer for the news industry.” Some Canadian publishers, eager to cling to a sturdier revenue life raft than they currently occupy, might feel similarly.

Yet, the idea—if implemented—would likely not be a saviour for Canadian media. Nor would it eliminate the need for a much-discussed financial intervention from the federal government. What it does offer, however, is the opportunity to realize just how profound the problems for both Canadian media, and its consumers, really are.

This is the reality of Canada’s news industry: It’s not a question of when it will disappear, or how long it will be until it does—for many Canadians, it already has. Facebook is likely the only way they still engage with it.

If a paywall were erected within Facebook, Canadians who currently rely on the social media app for news would be the first to notice the change. Most of the news they used to find on Facebook—likely excepting articles from the CBC—would no longer be freely available there.

Plenty of news websites have paywalls, of course. But adding one to news on Facebook would likely significantly exacerbate income-based access to information. News—like public transit—has historically been affordable for a mass audience. Rich or poor, you could pick up a newspaper and read about the world. Printed news is effectively dead—the market has spoken, and it will not return. That leaves Facebook, which has has allowed users to continue to consume information easily even as papers disappear. A Facebook paywall, widely adopted, would eliminate access to cheap information. Having access to a credit card and internet connection would no longer be merely helpful, but a requirement for reading the news.

The effect would be similar to Uber’s plans for transportation: monopolize the market, then set the rules. Those that can still afford to take part will do so. Those who cannot will have to do with a lower-quality version. In Uber’s case, that lesser product might be underfunded public transportation. In Facebook’s case, it might mean more of exactly the kind of thing the company is supposedly trying to eliminate: ad-based quasi-news sites that take information from behind paywalls, then repurpose it for maximum amplification, with no guarantees that journalistic principles have been applied.

Meanwhile, news outlets might find—as they have with Facebook’s Instant Articles—that the social media platform is a difficult business partner. What would happen if, a year or two into the paywall arrangement, Facebook decided to change the rules to the detriment of the news organizations? Could they afford to pull out? Or would they just have to accept the changes to survive?

If government insists on helping Canada’s news media, this is the place to start understanding its problem. Simply pouring millions into existing publications only to have them deepen their relationship with a “free” platform that, ultimately, won’t save them, is unhelpful. Instead, government could take a lesson from Facebook and seek to replace its function as a news purveyor.

One way to do that would be to create an app, free for all Canadians to download, where participating outlets could post articles, free of charge to read and share. The government could negotiate a base subsidy for contributing publications, with a bonus pricing scheme based on article popularity, to mirror the advertising kickback outlets now get from Facebook. News outlets could retain their website paywalls in the hopes of enticing people to pay for in-depth or specialized content, and they would be beholden to the Canadian marketplace, for good or ill, but not a single technology company.

But government must also prepare for the future. That doesn’t mean giving existing publications more money directly. Instead, it means creating an environment where if those news outlets fold there will be something waiting to replace them.

One way to do that would be to establish journalism incubators across Canada—physical spaces where journalists could access tools and mentorships free of charge and start producing content, whatever the platform. Support would be provided on a limited time basis, with the goal being that outlets founded at such incubators would aim to secure outside funding and leave the nest.

The Canadians Abacus talked to may be of the opinion that they won’t miss their local newspaper when it’s gone. They’re wrong. It’s just that by the time they notice, it will be too late.