Which of these two classics is Céline Dion's best song? Vote now.

Céline Week continues here at Maclean's. The final round of voting is in place: 'My Heart Will Go On' vs. 'It's All Coming Back to Me Now.' Which one is the ultimate Céline tune?

But as one of this country’s premier songstresses sings her last Vegas tune, Maclean’s couldn’t resist making a big deal of it all. Do we really need an excuse? As Dion enters this new phase in her career, a campy new cool complete with carpool karaoke, we launch Céline Week. We asked readers to vote on Dion’s best song of all time. (More on that below.) We’ll also look at her best commercials, the very best photos spanning her long life in the spotlight, and so much more.

Maclean’s experts had devised a list of Dion’s all-time best songs, a legendary discography whittled down to a playlist of eight. Based on their popularity (according to Spotify plays), we seeded our picks from 1 to 8. Round One led to the elimination of ‘At Seventeen,’ ‘Ashes’, ‘Sous Le Vent’ and ‘Beauty and the Beast.’ Round Two saw ‘All By Myself’ and ‘Because You Loved Me’ exit stage left. Sorry, Céline stans, that’s the way it is. Now, it’s time to vote for your favourite in the final matchup below (you’ll see a poll beneath the write-ups). It all comes down to this. It’s the final showdown: Céline versus Céline. Vote away! Polls close at 6PM ET on June 7. 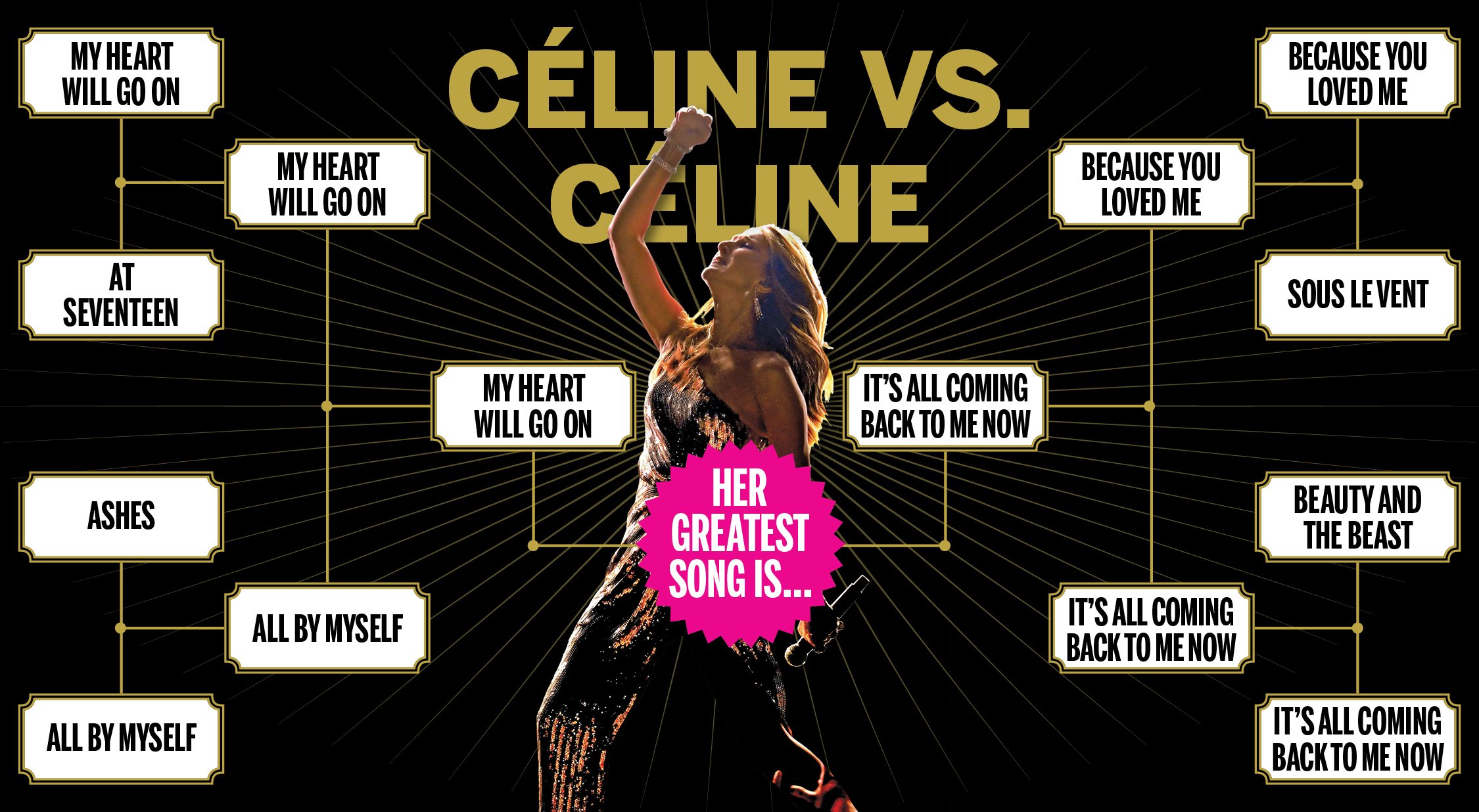 Here’s where the brackets stand now. Scroll down to vote in the finals and deem a winner!

(And here are printable versions of Round One, Round Two, and Round Three.)