Charles Bronfman on the burdens of being a Bronfman

A clear, candid and engaging memoir from the whisky magnate 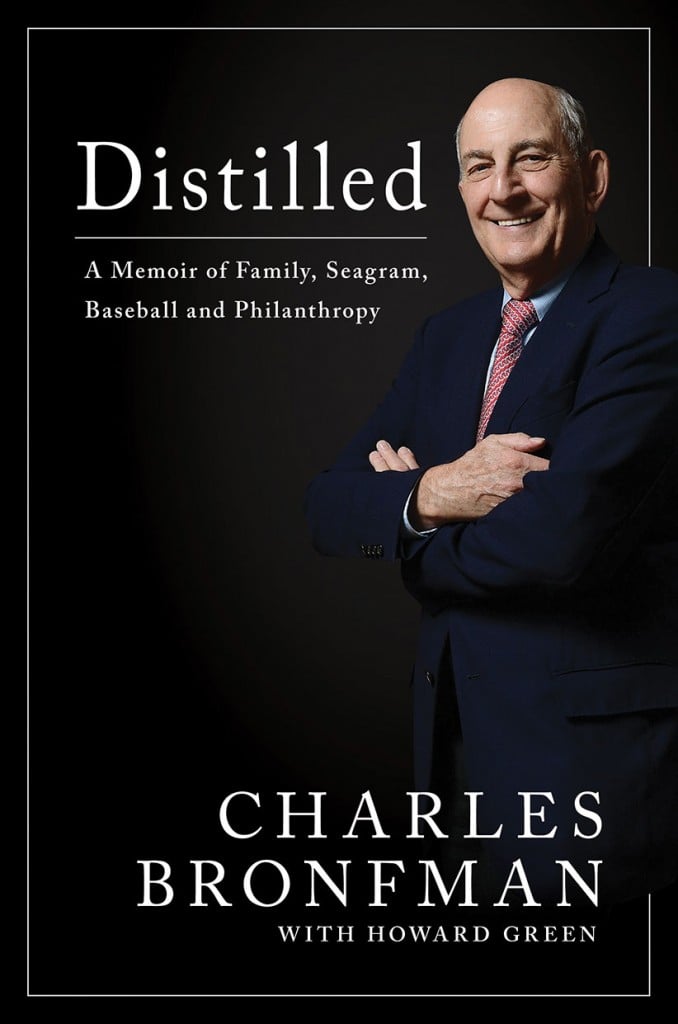 By Charles Bronfman with Howard Green

Entrepreneur and philanthropist Charles Bronfman, youngest son of Sam and Saidye Bronfman, readily admits he was born with the “proverbial silver spoon” in his mouth. During the Great Depression, as other Montrealers were struggling to put food on the table, the Bronfmans were ensconced in their Westmount mansion. Charles and his siblings, Minda, Phyllis and Edgar, were attended to by nannies, a chauffeur and a butler named Jensen. But as Bronfman, 85, makes clear in this candid, engaging and at times poignant memoir, “Wealth . . . also has its burdens.”

Those burdens went hand-in-hand with having legendary whisky magnate “Mr. Sam” as a father. The “genius”—as Charles calls him—behind Seagram’s success was worth $100 million in 1948. Yet as a parent and a boss, he was difficult, if not impossible. “I was scared of Sam Bronfman,” the son confesses, “but it didn’t mean I didn’t love him. Dad was my ultimate defender, that’s how I knew he loved me.” Sam didn’t even mind it when Charles helped bring the Expos and Major League Baseball to Montreal.

Charles revered his older brother—and Sam’s heir apparent—Edgar, who became CEO of Seagram, though their relationship was complicated. In the most riveting section of the book, Charles recounts how in the 1990s, Edgar permitted his son Edgar Jr., who had succeeded Edgar as CEO, to sell off the Bronfmans’ lucrative investment in DuPont, merge with the French company Vivendi and make an ill-conceived foray into the entertainment business. This decision ultimately forced the Bronfmans to sell off Seagram, which substantially depleted their wealth and caused much family tension. As Charles concedes, he had the power to overrule his brother and nephew but, a gentle soul at heart, he could not initiate what would have been a bitter and public feud.

Bronfman writes that he regards his philanthropic endeavours via the CRB Foundation as his “greatest success,” especially such innovative projects as Heritage Minutes and Birthright Israel, which he was instrumental in launching and which by 2015 had enabled more than half a million university-age students of Jewish heritage from at least 66 countries to visit Israel for free. Mr. Sam would have been impressed.