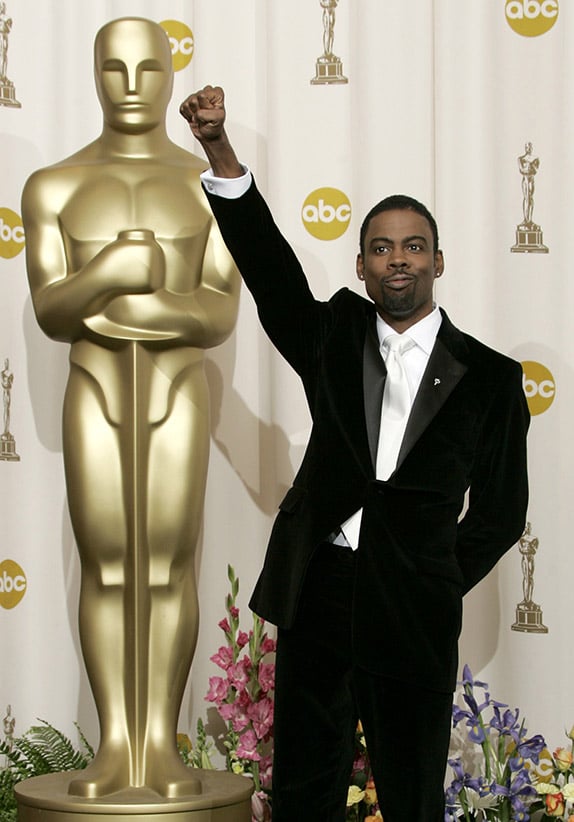 People have been practically begging Chris Rock not to sell out. When the Academy Awards announced this year’s all-white slate of acting nominees, several entertainers called for Rock to give up his job hosting the award show, and CNN ran a headline that simply read, “Chris Rock facing pressure to boycott 2016 Oscars.” But he stuck with it, and apart from a joke about the Oscars being “the White BET Awards,” he’s been mostly silent about what kind of things he’ll say at the ceremony on Feb. 28. “I hope he has some really barbed gags on the subject,” says Oliver Double, senior lecturer at the University of Kent and author of Stand Up: On Being a Comedian, “and shows us that in spite of his conspicuous success, he still has some of the fire of his early work.” In other words, one night could define whether Chris Rock is a rebel, or a part of the U.S. comedy establishment. Or maybe both.

Rock might seem, at first, like an odd choice for a job as traditional as the Academy Awards host. It usually goes to someone who can be depended on to defend Hollywood, like Bob Hope or Johnny Carson. Rock is often thought of as the exact opposite, someone who shows little concern with the prevailing taboos of show business. In the 1990s, when humour about race was not as mainstream as it is now, Rock became a stand-up sensation for dealing with those issues without apology. Double says Rock’s ’90s work “shows a fearless willingness to tackle taboos and make substantial satirical points,” particularly in one of his most-quoted, yet most-unquotable routines about different groups of black people. “He took comedy where no one had ever taken it before in terms of racial humour,” adds William Knoedelseder, author of I’m Dying Up Here: Heartbreak and High Times in Stand-up Comedy’s Golden Age. “Some things that Richard Pryor wouldn’t say, he said.”

And yet when you hear about Chris Rock lately, it’s usually about him acting like anything but a rebel. In this decade alone he’s appeared in two Adam Sandler movies (Grown-Ups and Grown-Ups 2). The film he wrote and directed in 2014, Top Five, was a well-received semi-autobiographical comedy in the vein of one of his comedy idols, Woody Allen. In 2011 he told Alec Baldwin that he was doing a Broadway play partly in the hope that “maybe Woody will come.”

All of which makes him seem like anything but a rebel. “Though comedians are not politicians there is a division between the outliers and ‘establishment’ comics,” says Darryl Littleton, author of Black Comedians on Black Comedy: How African-Americans Taught Us to Laugh. Rock is clearly closer to the establishment side at this point. He appeared on the second-season finale of Jerry Seinfeld’s Comedians in Cars Getting Coffee and the second-season finale of Louis C.K.’s Louie. Seinfeld told Esquire that Rock turned down an offer to replace David Letterman. He is an avatar of traditional comedy. 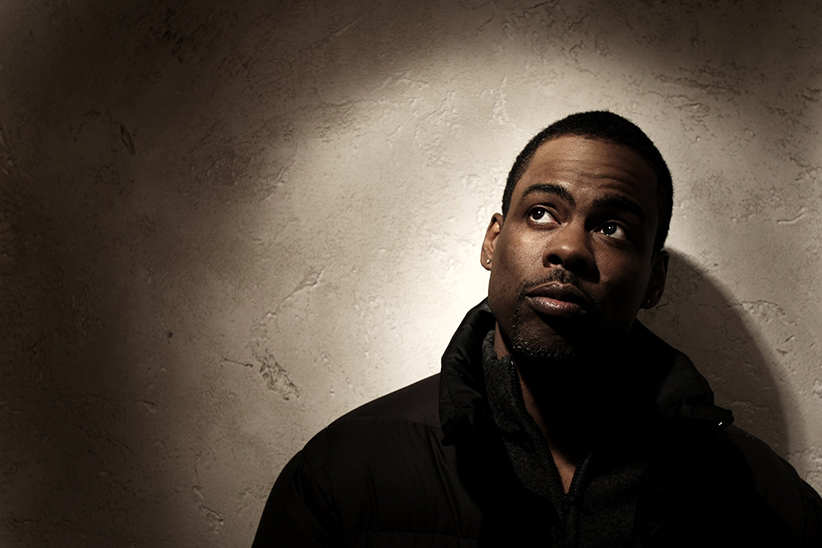 Some establishment stars at least try to pretend to be rebels. Rock doesn’t. While promoting Top Five, he sat down for an interview with New York magazine’s Frank Rich, where he inadvertently helped touch off 2015’s wars over political correctness: he told Rich that he had stopped performing at colleges because students had gone too far in “their willingness not to offend anybody.” Some comics try to prove their bona fides with hip young people; Sarah Silverman said last year that the young and their tastes are “pretty much always on the right side of history.” Rock is more like the Bernie Sanders of comedy: he doesn’t care if young people like him, though many of them clearly do.

All of this might help explain why the Academy might see Rock as a safe choice, even if his comedy doesn’t have a reputation for being safe. “I don’t think Chris likes to stir the pot,” says comedy producer Walter Latham, head of Latham Entertainment, who worked with Rock on his Bring the Pain tour and HBO special in the 1990s. “I don’t think he’ll step away because he’s afraid, because he’s not afraid of anything. But he understands business, and he understands doing your job. I think it’s more important for him to focus on that than to say, ‘I’m obligated to say something because it’s been in the news.’ ” Rock is no sellout, but Hollywood may think he won’t criticize it too much.

And yet it might be an exaggeration to say that Rock is a true paid-up member of the comedy establishment. Littleton says established comics “are taken care of by either the network, club chain, cruise ships, film studio or other corporate servitude.” But Rock became a star in part by turning his back on major networks and similar entities.

Unhappy about his lack of exposure as a cast member of Saturday Night Live, Rock concentrated on stand-up and his own projects like the movie comedy CB4. In an era in which every popular comic seemed to be doing network sitcoms, Rock preferred personal work; his longest runs on TV were as the host of an HBO talk show, and the narrator of Everybody Hates Chris, a sitcom partly based on his early life. Rock defends comedy insiders but keeps a certain distance from their world.

Rock’s particular qualities may have something to do with the fact that no matter how successful he gets, he’s never completely accepted by Hollywood. The arguments over the Oscars are pointing up some of the particular difficulties an established African-American comic might face. Like Whoopi Goldberg, who hosted the show in 1996 during a similar (if less heavily covered) controversy over mostly white nominees, Rock is under pressure to provide a cover for the Academy’s problems, to be a symbol of progress that hasn’t actually happened. “I think Hollywood allows entrance to certain people at a time,” Latham says. “ ‘Okay, it’s Kevin Hart now? Close the door. We don’t have any more room for anybody else right now.’ ”

That consciousness of being successful in an industry that wasn’t built for people like him runs through a lot of Rock’s work and many of his interviews. In an interview with Essence magazine, conducted shortly before the Oscar nominations came out, Rock said that no matter how long he works or how established he gets, he still runs up against the same objections from executives: “I’ve never done a movie, any movie, the silliest movie, where someone, some studio person hasn’t gone, ‘Does the girl have to be black?’ It happens every time.” Double adds: “In a world where racism still exists, a politicized African-American comic will always have something of an outsider perspective.” 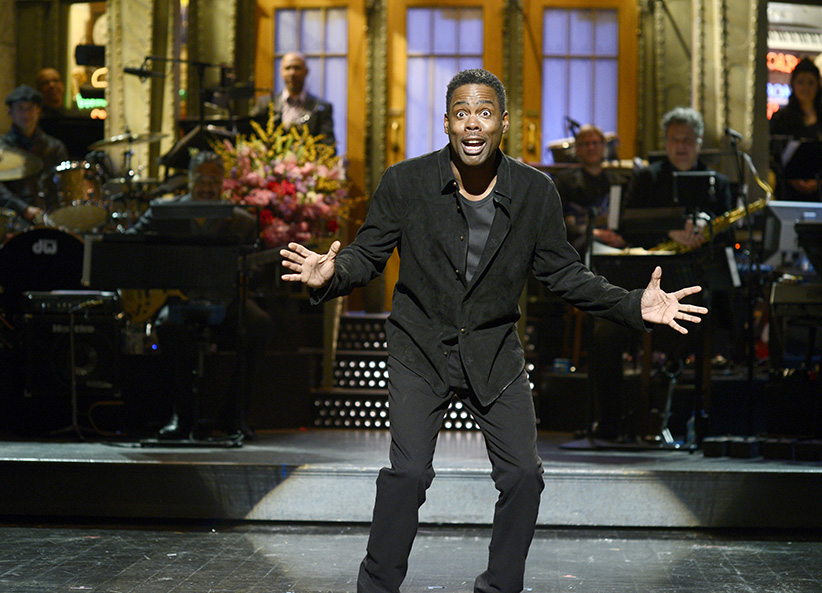 Those two roles Rock has to play, of insider and outsider, might lend some interesting tension to his hosting work, especially since the Oscars seem to have gone backwards from the last time Rock was on the stage. When he hosted the Academy Awards before, in 2005, Jamie Foxx and Morgan Freeman won major acting awards. Rock made an innocuous joke about the number of non-white nominees, calling it a “def Oscar jam.” Back then, his job was to celebrate Hollywood’s own image of itself as an enlightened place.

Now, he has to choose whether to defend Hollywood or make fun of it. People are excited by the prospect that he might do the latter. “I think he would probably relish it,” Knoedelseder says.

He can get away with it because that’s one of the secrets to Rock’s double appeal: he can make everyone feel comfortable, no matter how cutting his comedy is. “He can say outrageous things one night,” Latham says, “and he can also go in a room full of white people, which is the Academy Awards, and make them feel like ‘I’m not even that guy who said that the other day.’ He has the ability to transform into whatever the situation requires.”

That ability hasn’t always worked to Rock’s benefit. Sometimes he’s found that the very people he’s attacking are far too comfortable with his work. Last time he hosted the Oscars, he told 60 Minutes that he’d stopped doing one of his most famous routines because “some people that were racist thought they had licence to say ‘nigger.’ ” Eleven years later, if he goes too easy on Hollywood, he might give some of the same people a licence to think that everything is all right.

We can’t necessarily expect Rock to go nuclear with his social criticism: that’s not the role of the professional host, and Rock is a comedian who has always been conscious of being a professional. “I think, being a risk-taker—which most comedians are—he’ll touch on these things here and there,” Latham speculates. “But I don’t think he’ll hit you over the head with a sledgehammer and make you feel uncomfortable. Because that’s not his job. His job is just the opposite, to make most people in the room feel very comfortable. Because most of them are going to lose.” We’ll see if he can do that while also presenting a critique of Hollywood. “If anyone could get away with it,” says Knoedelseder, “it would be Chris Rock.”