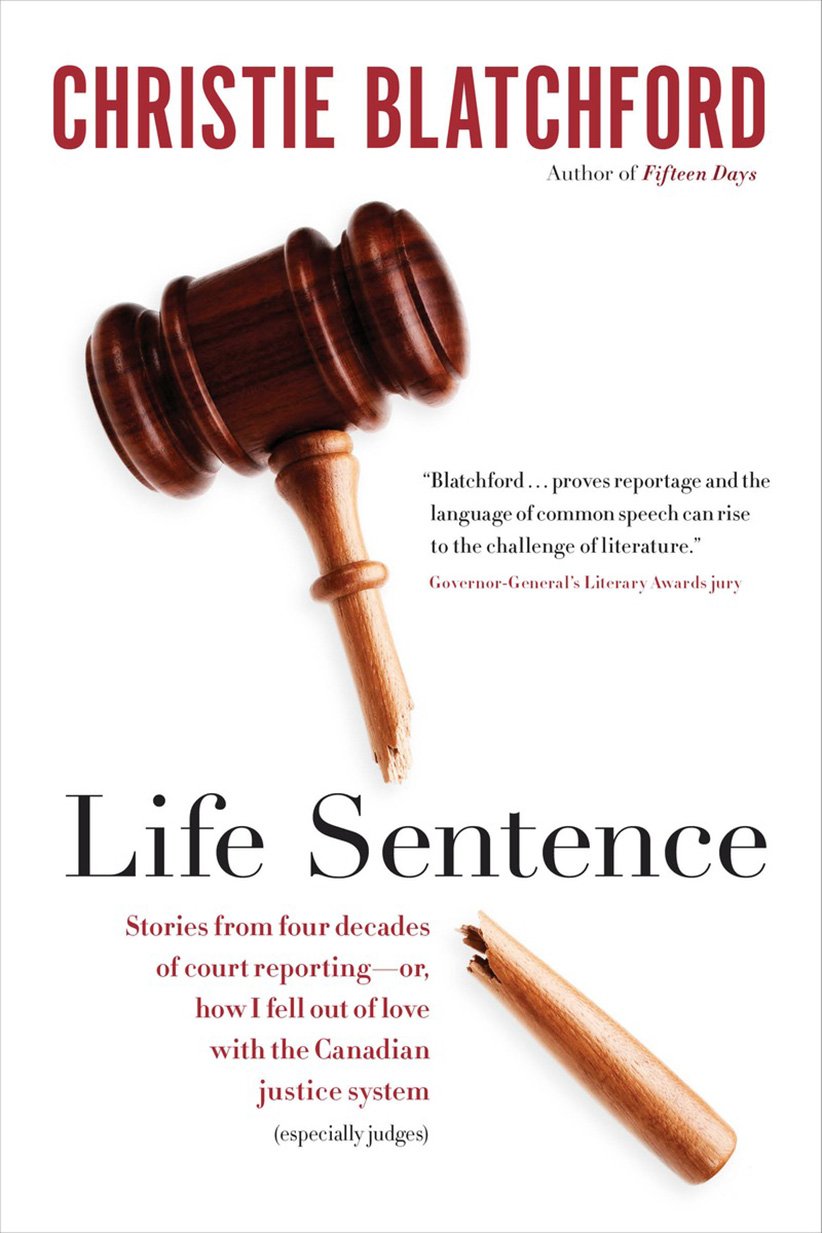 Blatchford’s book is a cri d’amour in reverse. Through a series of meandering rants woven out of the many cases she’s covered during nearly 40 years as a newspaper court reporter, she explores how she’s slowly fallen out of love with the mysterious, unaffordable and occasionally outrageous Canadian legal system.

Judges are the first to feel her sting. Sitting in last year’s Mike Duffy fraud trial, she experiences a revelation not unlike the final lines of George Orwell’s Animal Farm. Just as Clover the cart horse finds she can no longer tell the difference between pig and man, Blatchford sees the distinction between indulgent, self-important senator and pompous, self-important judge vanish before her eyes. “The judiciary is much like the Senate,” Blatchford writes. “Like senators they are unelected, unaccountable, entitled, expensive to maintain and remarkably smug.” Who watches the judges? she asks. No one but other judges. Numerous anecdotes show the folly of such blind trust.

Every component of the Canadian justice factory gets its turn as an object of Blatchford’s ire. She rails at the lack of respect shown juries, particularly when judges suppress, or even fabricate, crucial details about the accused. She bemoans the politicization of public prosecutions, paying particular attention to the infamous botching of the Paul Bernardo case. And she assails the cloistered judicial appointments process and the insularity of the legal community—although this proves to be the weakest of her outrage-stoking efforts.

Yet any mid-rant loss of momentum merely sets the table for an appropriately furious finale: her bitter observations on the trial of Jian Ghomeshi and the ascendancy of victimhood. With politically incorrect gusto, Blatchford challenges the conventional wisdom and statistical claims that have come to define how society views sexual assault cases. Rather than needlessly reinjuring rape victims, she argues, our confrontational court system is vital to ensuring justice is served. And besides, the sexual histories of Ghomeshi’s three accusers were never even raised as an issue by his defence. Rather, the case against him collapsed because the trio were shown by their own deeds to be unreliable.

Despite its growing popularity with politicians, police and even the legal community, Blatchford worries the #IBelieveSurvivors movement is threatening the future of Canadian justice. “If you believe in the presumption of innocence, you can’t honestly also believe survivors,” she snaps. “Having breasts doesn’t—or shouldn’t—get you a pass.”