'Come From Away' lands Tony nominations

Play set in Gander, N.L., during the aftermath of the Sept. 11 attacks lands seven nominations, including best musical 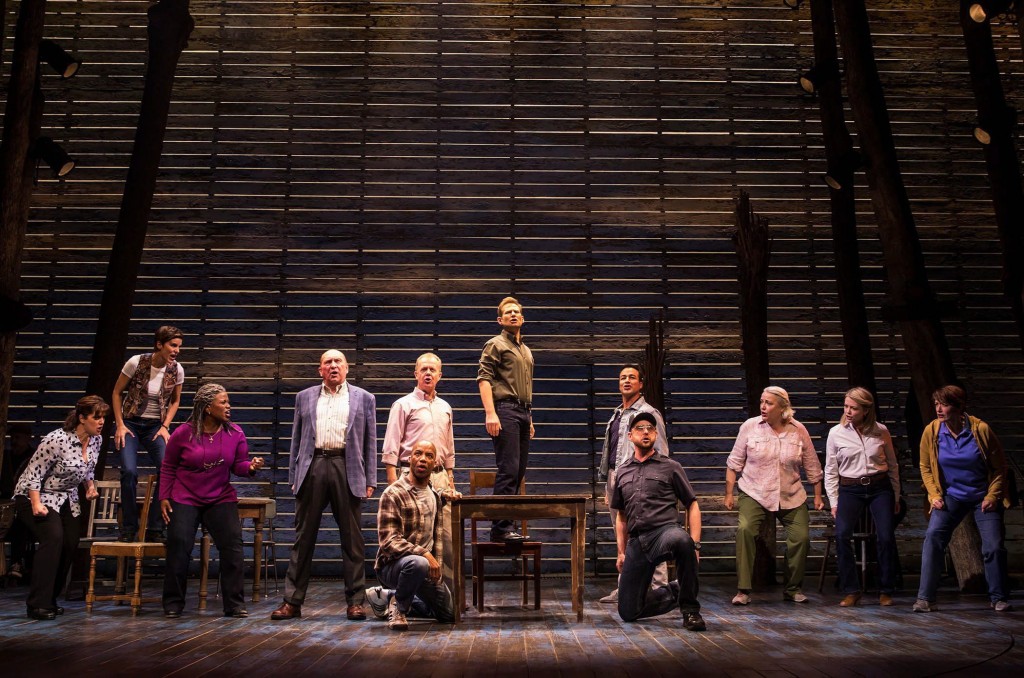 The cast of “Come From Away,” are shown in a 2017 handout photo. THE CANADIAN PRESS/HO-Matthew Murphy

NEW YORK – The co-creators of Tony-nominated “Come From Away” say they are honoured that the made-in-Canada musical is receiving recognition.

The duo was nominated for best book and best score of a musical.

“Come From Away” is set in the remote East Coast town of Gander, N.L., during the aftermath of the Sept. 11 attacks.

Gander’s population doubled as it sheltered 6,579 passengers and crew from 38 planes diverted when U.S. air space was closed on Sept. 11, 2001.

Hein says the warm reception the show has received is “everything they could have wished for and more.” He expressed pride in sharing everything they love about Canada and Newfoundland and Labrador with the world.

“Come From Away” earned mostly rave reviews when the production made its Broadway debut in March. Prior to its arrival in New York, the musical was staged in La Jolla, Calif., Washington, D.C., Seattle and Toronto. The “Come From Away” cast was also in Gander for two concerts last October as a fundraiser for local charities.

“Come From Away” has had its fair share of high-profile attendees in the audience since its Broadway opening. Prime Minister Justin Trudeau and his wife Sophie Gregoire Trudeau, former prime minister Jean Chretien, actor Hugh Jackman, actress-model Brooke Shields and supermodel Cindy Crawford are among the famous theatregoers who have visited the Great White Way to take in the show.

Prior to Tuesday’s Tony nominations, the homegrown production was already receiving plenty of recognition from critics within and beyond the Big Apple.

The show has received a slew of theatre nominations from the Drama League Awards, Drama Desk Awards, the Outer Critics Circle Awards and the Chita Rivera Awards.

The show also received 14 nominations from the Helen Hayes Awards, which celebrate excellence in professional theatre throughout the Washington metropolitan area.

FILED UNDER: Come From Away Tony Awards