For the men and women on Canada's national teams, volleyball is a ticket to see the world—and earn a good living 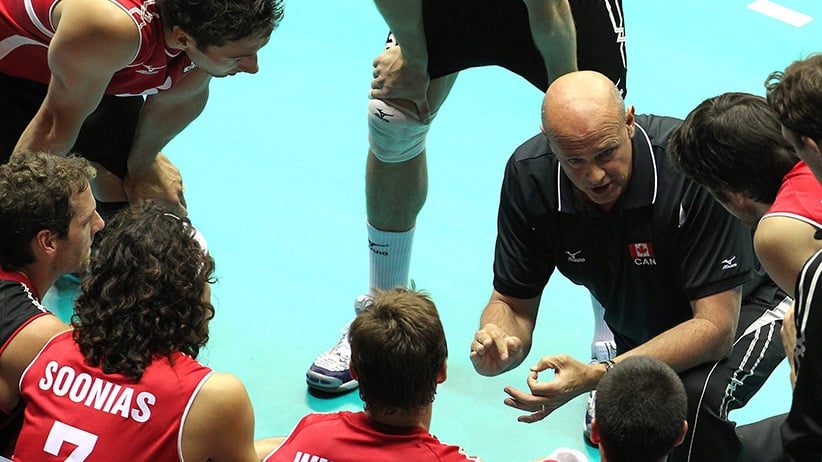 It’s likely most Canadian sports fans have never heard of an up-and-coming pro athlete named Nick Hoag, despite the 22-year-old’s heroics this May in coming off the bench to lead his team to a come-from-behind national championship. Granted, the team is based in Tours, France, and the sport is volleyball, but that doesn’t detract from his game-winning spike and a 20-point performance that humbled the opposing Paris team, and earned rave notices in the French media. It was, he told reporters, “the most beautiful moment of my volleyball life.”

Now, weeks later, Hoag anticipates more beautiful moments. He’s switched jerseys to the Maple Leaf and is looking ahead to Team Canada’s rare home-court competition from July 16 to 26 against some of the world’s best men’s and women’s teams at the Pan American Games in Toronto. It’s not a sport that gets much attention, at least in Canada, he concedes, speaking from the men’s national training centre in Gatineau, Que. “It’s pretty impressive when you watch it live. Hopefully, we can get some young players and try to get our national team even better.” Overseas, it’s a different story. Boisterous crowds of 10,000 or more are the norm. Play can get so heated that Hoag’s team has needed a police escort to leave the building.

For most Canadian athletes, volleyball is a sport that’s left behind the last time they walk off the gym floor of their high schools. Dreams of carrying on beyond a recreational level, or of turning pro, are reserved for those who excel in hockey, football, baseball or soccer. Perhaps they should think again. For dozens of men and women on Canada’s national volleyball teams, the sport is a ticket to see the world. Not only do they represent their country at international events in the off-season, but many earn a good, if not extravagant, living as contract players in a host of overseas professional volleyball leagues, in countries from Norway to Brazil.

A case in point is the Hoag family, formerly of Sherbrooke, Que., and now a volleyball dynasty scattered around the world. Patriarch Glenn Hoag played on Canada’s national team from 1981 to ’86, before turning professional and moving overseas, first as a player and then as a coach. For the past five seasons, he has coached the Arkas Sports Club in the Turkish port city of Izmir. Each year since 2006, Hoag ends a gruelling eight-month pro season with a return to Canada to coach the men’s national team. It has been both a rebuilding project and a labour of love. “It’s been an honour to coach Canada,” he says. “I love the players I have. They’ve been so dedicated to the program, it makes it easy for me.”

It was during his early professional years in Paris that his young sons, Nick and older brother Christopher, began playing the game. Today, both are on the national team, though it is Nick who was named to the Pan Am squad. Both also play pro volleyball. Christopher, 26, plays in Turkey. Nick has just signed a contract with Paris Volley, the team whose championship hopes he crushed this spring. He considers it a homecoming. “I know the city very well—it’s an amazing city.”

While Nick is pragmatic as a pro about switching clubs, his loyalty to Team Canada, and to coach Dad, is rock-solid. He returned from France in May with a tendon injury. He was treated with an injection to his left knee of concentrated platelets spun from his blood to promote faster healing. He’s had a month of recovery away from Team Canada’s busy World League playing schedule. “It’s a tough sport on the body,” he says. “It’s a lot of jumps, so a lot of stress on the knees, hips, back and shoulders, too.”

Injury aside, he gets no special treatment from his father. “I’m just another player,” he says. Many of his teammates, who returned from their pro clubs in May, are also sacrificing a needed summer recovery period. For coach Hoag, the challenge is building a cohesive team from players arriving from clubs around the world. He needs to balance their need for rest with quickly slotting them into Canada’s “rigid” system of set plays and strategies. It paid dividends this spring, with solid play and key wins against strong teams from Bulgaria, Argentina and Cuba. For the Canadian men, ranked 14th in the world, the Pan Am games will be a test against such powerhouses as the U.S. and first-ranked Brazil. After Toronto, the next challenge will be qualifying for the Olympic Games, something that has eluded Canada for more than two decades. To do so, they’ll have to do battle with 100 countries. The coach hopes Canadian fans will help carry the team to the next level. With a team pumped with national pride and professional experience, he says, “now we’re able to challenge the world.”