David Chase on Jersey rock, the Stones, and a 'Sopranos' prequel

'I had a girlfriend who wasn’t quite in love with me. She told me time was on my side. I'm still married to her.' 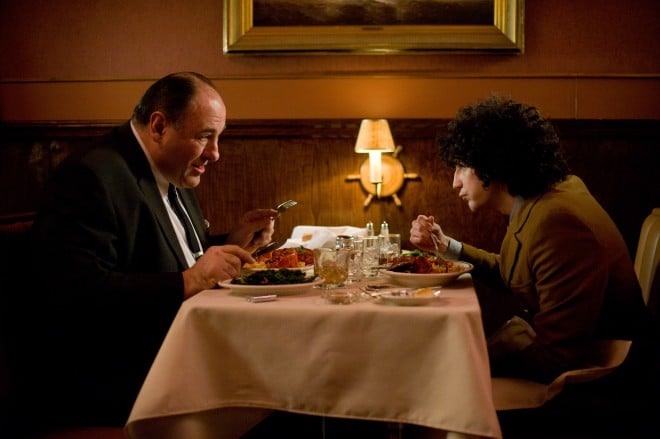 This week David Chase, creator of The Sopranos, makes his feature debut as the writer/director of Not Fade Away, a coming-of-age story of a garage band trying to make it in New Jersey during the 1960s. The movie has elements of memoir. Like the film’s lead character, Douglas (John Magaro), Chase spent some of his youth as a drummer in an obscure New Jersey rock band, and his romance with the era’s music has never left him. Chase cast Sopranos star James Gandolfini to portray the drummer’s exasperated father. Springsteen guitarist Steve Van Zandt, who played Silvio Dante in the TV series, serves as the movie’s meticulous music producer.

I talked to David Chase earlier this month in Toronto:

Q: I’ve seen a lot of attempts to dramatize the Sixties music scene, and I don’t think any film has nailed the details with more authenticity than Not Fade Away.

A: Glad to hear you say that. We worked pretty hard at it. I knew it was a dangerous proposition to do another ’60s movie. but I knew for sure I didn’t want to see any tie-dye or trips to San Francisco or naked girls in the mud. We’ve seen all that.

Q: There are so many movie clichés about the ’60s, you tend to lose sight of what it was like, even if you were there.

Q: How big a deal was it for you to be in a band like? Did you have your sights set on stardom?

A: We had our sights set on stardom.

Q: How close did you get?

A: Nowhere near. We stayed in the garage. Two of the guys I got involved with were like rock’n’roll luminaries in our small town, before the Beatles, in the era of the Ventures. They had an instrumental band, and it was the best band in the era. At the end of high school we all let that stuff go. After the Beatles and Stones hit, those two guys, really good guitar players, had this idea of making this band. Part of our problem is that they felt somewhat semi-legendary already because they’d been that in high school. 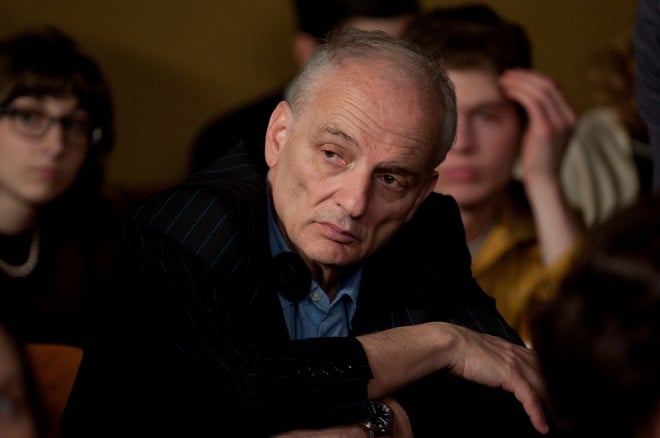 Q: Has this idea been simmering for a long time? Was it always going to be your first movie?

A: No. Coming off the Sopranos I wanted my first movie to be either an out-and-out comedy or something in the suspense genre. But I didn’t have any good ideas. They just weren’t coming. I did have this idea. Rather than wait for this other thing to dawn, I thought, let’s make this movie.

Q: Period music movies tend not to do well, even when they’re good. Was this not a tough project to pitch?

A: I never had to pitch it—because of my relationship with Brad Gray, my fellow executive producer on The Sopranos, who became the head of Paramount. He made a deal with me to do an open-ended script that I could be completely in charge of. All he needed to know is what I wanted to write about.

A: It wasn’t obvious. I don’t write with actors in mind. I was working on the script and I was having trouble with it. I couldn’t settle on the tone. It was half screwball teen comedy, and half drama . . . I don’t know what it f—king was. Once I saw him as the father, that made the whole movie settle down for me. I could see it.

Q: How much of your dad is in Gandolfini’s character?

Q: And in Tony Soprano?

A: Quite a bit. But there’s more of him in this.

Q: Did Gandolfini have any hesitation?

A: He did. He said to me, ‘Are you sure you want to do this? We worked together so recently. Maybe for your first movie you should work with someone else.’

Q: Was there not an overlap between Tony and his character as a New Jersey dad losing his patience with his with his kid in Not Fade Away?

A: A slight overlap. But what got to him about The Sopranos was the cruelty in that role, the sadism and the beastliness. And this doesn’t have that. What he says about this role is that it helped him understand his own father. He said he never realized before this that those guys of that generation struggled to put—what does he say?—“punks like us through school.”

Q: Was Gandolfini in a band?

A: I don’t think so, but he’s an audiophile. 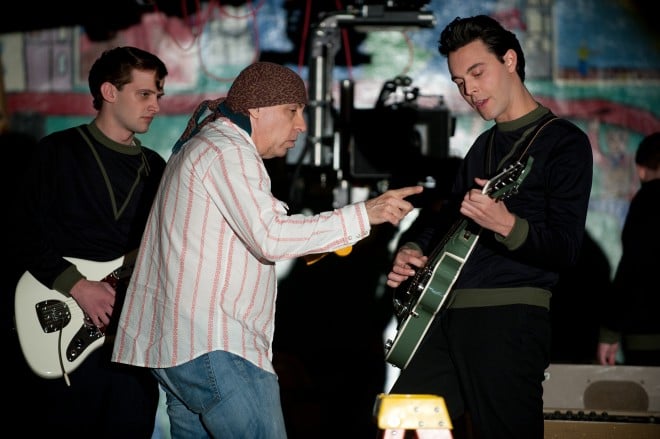 Q: You’ve got quite the classic playlist in this movie, including a lot of Stones songs, which can be expensive to license. Did Steve Van Zandt help cut you a deal?

A: He knows those organizations and they know him and they trust him. He’s a good businessman.

Q: What else did he help with?

Q: What made you want to make this movie?

A:  ’Cause I liked that music so much. That was the first impulse. I keep saying that. But I always come back to the fact that I had a girlfriend then who I was in love with who wasn’t quite in love with me. She told me that time was on my side, that in time we would be together. And I’m still married to her.

Q: You’re still married to the girl you had trouble getting as a teenager? That’s amazing.

A: It is amazing. That’s what everybody says.

Q: Was it your musical chops that turned her head?

A: She was a huge Rolling Stones fan. She liked the fact that I understood music and was a good drummer, but it wasn’t all that.

Q: Was there ever a question of hiring musicians to star in the movie and training them to be actors rather than vice-versa?

A: There was. We tried that but it didn’t work out, except for Brahm Vaccarella, who plays the bass player, and he was a music major from Bard.

A: There is. They had the garage band experience.

Q: And did they stick with it?

Q: I’d be remiss if I didn’t ask you if there’s any chance of a Sopranos reunion?

Q: Who would have to make the first move?

Q: What about a Sopranos movie?

A: Maybe a prequel. But not a Sopranos-Ride-Again. People have pitched the idea to me of doing a movie about Tony’s father and uncle when Tony was little. That’s kind of interesting to me. But I don’t know how successful that would be. People would go to a movie to see James Gandolfini as Tony Soprano.

Q: Do you have another feature film in the pipeline?

A: The pipeline’s kinda jammed up right now. I was all set to start writing this idea I had been cooking up for 25 years the week that Cloud Atlas opened. And it’s the same basic gimmick as Cloud Atlas.