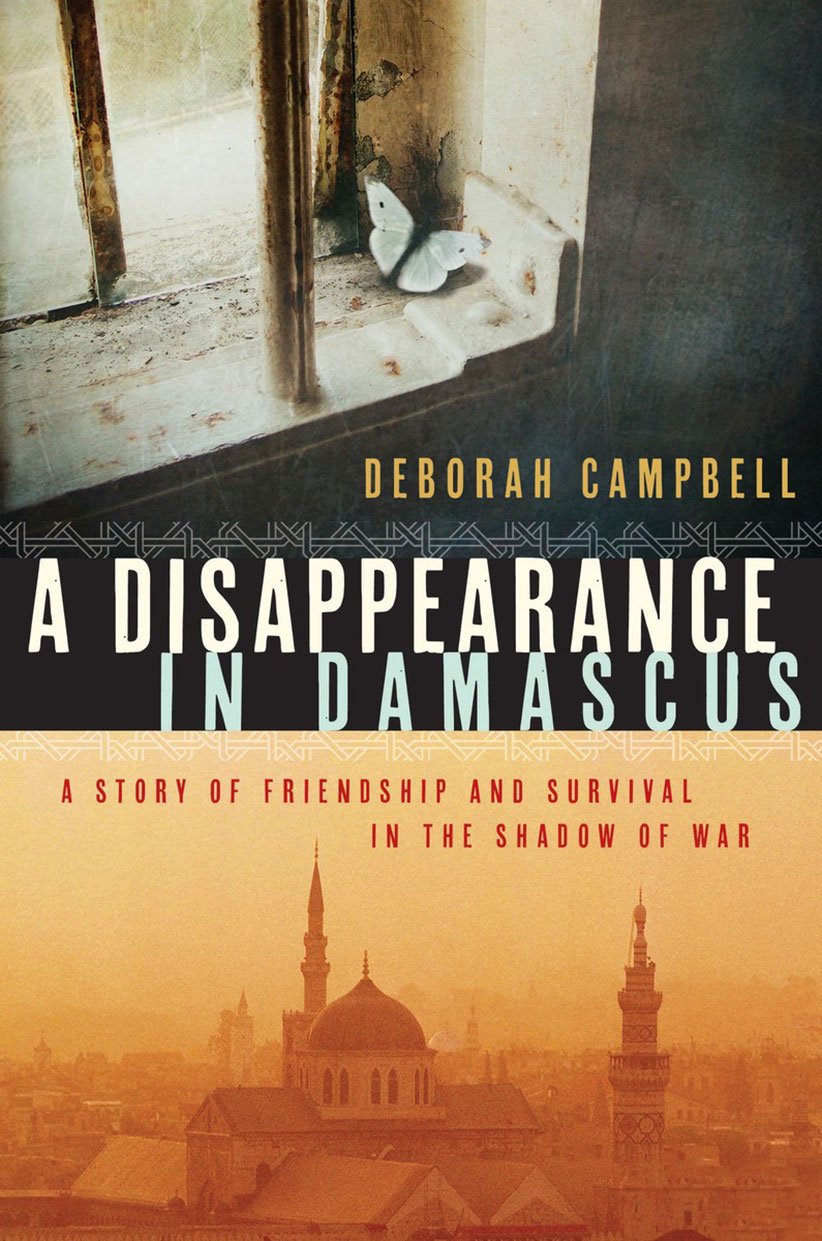 A DISAPPEARANCE IN DAMASCUS

Subtitled A Story of Friendship and Survival in the Shadow of War, this book’s name is a bit misleading, a sly bit of narrative trickery. Vancouver writer Campbell is no stranger to trickery: after years of being immersed in some of the world’s least friendly places for journalists, she has mastered the art of masquerade.

In this, her second book, Campbell goes undercover in Damascus in 2007, four years before the onset of the Syrian conflict. Her goal is to document the stories of Iraqi refugees who have fled the brutal war next door, but in the process she finds herself implicated in the arrest of her local guide and confidante, Ahlam. A Disappearance is billed as the true story of Ahlam and the author’s obsessive quest to find out what happened to her.

But the salient truths are not to be found in the facts of the events themselves, or in the title. They pounce unannounced out of the tangled background scenery. “As she led me ever deeper inside the hidden world of the war she had fled,” Campbell writes of Ahlam in her opening paragraph, “and into the increasingly unstable country of Syria where she had sought refuge from Iraq, she showed me what survival looks like with all the scaffolding of normal life ripped away.”

Campbell’s exploration of “hidden” worlds, where past and future conflicts converge and confront the intricacies of human relationships, invests A Disappearance with the kind of immediacy rarely found in war reporting. The story of Ahlam is not the story of a Syrian—she is an Iraqi refugee—but the war in Iraq is integral to understanding the Syrian war, and so Ahlam’s story begins there. Nor is A Disappearance specifically about Syria’s brutal conflict. It is, however, suggestive of it and the forces that led Syria down its dark path.

The book can be read on a number of different levels. On the surface, it is a detective story, a eulogy to the dying art of immersive journalism. Slightly deeper is a story of love and friendship, and the forces that can tear them apart or make them stronger. Deeper still is a political exegesis exposing the arrogance and folly of the great (and not so great) powers, which willingly sacrifice humanity on the altar of self-preservation.

Campbell deftly unravels all of these complexities, gives them a face, makes them human, so we can finally start to make sense of the incomprehensibility of the world’s most intractable conflict.