Here's what Disney+ subscribers should look out for in December on the streaming service, including a new Pixar film 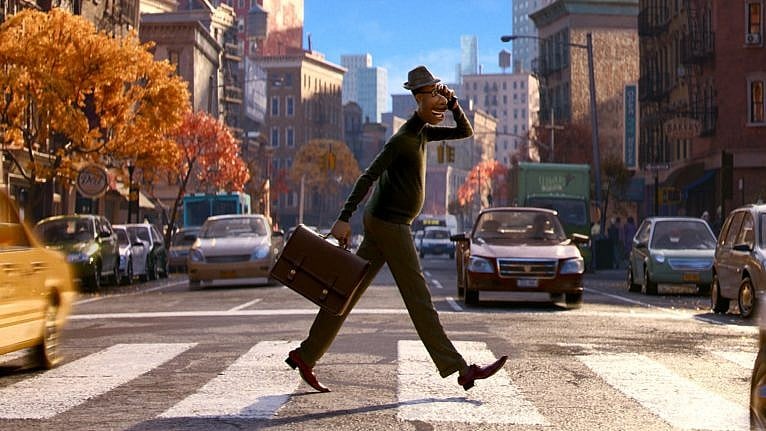 It’s already time for the end of the second season of the Star Wars series that is (or should be) known as “The Baby Yoda Show.” Technically Baby Yoda now has a name, but is anyone really going to use it?

Anyway, Disney has, as usual, not provided any episode descriptions for the last three episodes of this eight-episode season, but presumably the title character will learn the answer to more questions about what exactly Baby Yoda can do.

The Wonderful World of Mickey Mouse

A series of animated cartoons about Mickey Mouse and the other classic Disney characters.

Friday, December 4: “Keep On Rollin'”/”The Big Good Wolf” – Mickey defends himself against Pete at the roller skating rink, and tries to teach the Big Bad Wolf to stop eating people.

Friday, December 18: “Supermarket Scramble”/”Just the Four of Us” – Mickey goes grocery shopping; Donald and Daisy lie to get out of a boring evening with Mickey and Minnie.

Disney doesn’t actually own the story of Cinderella, but let’s face it, they sort of do. Having already given us an animated and live-action version of the story, they now offer this spinoff of the Cinderella mythology, where Jillian Bell plays a trainee fairy godmother who discovers that her chosen profession is now considered hopelessly out of date. She tries to prove that fairy tales still do come true by finding a lonely widow (Isla Fisher) and trying to make this woman’s wishes come true, with initially disastrous results. Directed by Sharon Maguire (Bridget Jones’s Diary).

Basically a promotional special for Disney+’s very meta High School Musical spinoff series, about a school putting on a production of High School Musical. This special features interviews with the cast and performances of their favourite Christmas-season songs, in addition to a look at what’s going to happen on the second season of the show.

Inspirational sports drama based on the the true story of college football player Ray McElrathbey (Jay Reeves) must do the work of raising his his younger brother (Thaddeus J. Mixson) to prevent him from being sent to a foster home, and tries to carry out these duties while also being the best football player he can be.

Of all the theatrical movies that got moved to streaming due to the pandemic, this may be the biggest: Pixar’s latest feature film, directed by studio stalwart Pete Docter (Up, Inside Out), starring Jamie Foxx as the voice of an aspiring jazz musician who gets killed (or whatever passes for death in a family movie) just as he’s about to get his big break; his soul ends up bypassing the afterlife and going to the “Great Before,” a place where souls develop before they’re born, and Joe’s soul ends up teaming up with another, younger soul (voiced by Tina Fey). If this sounds like a rather abstract premise for a family movie, well, so did Docter’s Inside Out, and look how much money that made. Even more than Mulan, the performance of this movie on Disney+ may decide whether the company continues to make films for theatrical release, or just shifts most of their resources to streaming.

To go with the new Pixar feature, Disney is also bringing out this new Pixar short, directed by Madeline Sharafian, about a rabbit who is too proud to ask for directions no matter how many wrong turns she takes in her burrowing.

Extras – Beyond the Clouds: Where It All Began (Friday, December 4)

A series of promotional documentary films (what used to be known as DVD extras) about the making of the film Clouds.

This six-episode documentary follows a group of dance students through a year at New York City’s prestigious School of American Ballet.