The first roundup of Disney+ newly released content, which are mostly spinoffs of Disney franchise films 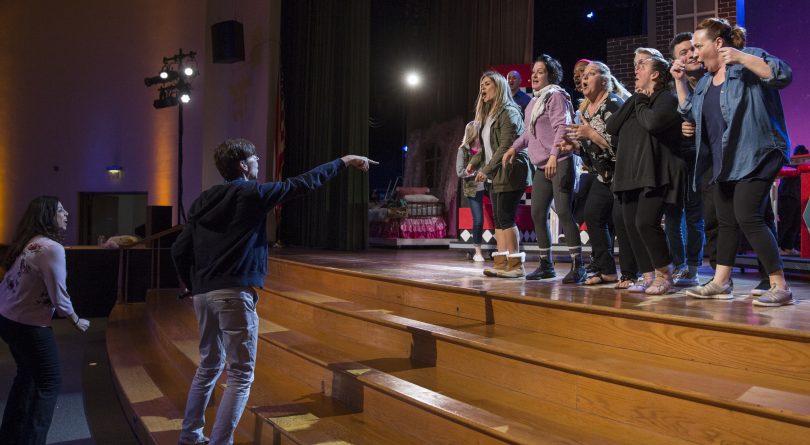 This is the first roundup of Disney+ content, which is a little different from the Netflix roundups we already do. For one thing, Disney releases its information on a different schedule, which is why this roundup covers the new releases from Nov. 29 through Dec. 13. More significantly, Disney has rejected Netflix’s strategy of releasing entire seasons at once, preferring the traditional television technique of releasing weekly episodes. Most new episodes, for fiction and non-fiction alike, are released on Fridays.

Another difference between Disney and Netflix is that Netflix is currently focusing mostly on new content, a necessity, since the big studios are taking back so many of the older movies and shows. On Disney+, most of the material is old, and the new content is just a drop in the bucket. This helps explain why almost everything on Disney+ is a spinoff of a larger Disney franchise, or in some way connected to it. Part of the purpose of having new material every Friday is to raise interest in the TV and film catalogues that dominate the service.

We already have the Star Wars spinoff The Mandalorian, soon we’ll be getting a series of Marvel spinoffs, as well as a series based on High School Musical (such a natural idea that the only surprising thing is that they never did it before). But even the reality shows have elements of Disney synergy: Encore! is about real-life high school musicals, a sort of counterpart to the High School Musical series, while The World According to Jeff Goldblum is a National Geographic production that ties with the pre-existing National Geographic content on Disney+. Every piece of new content on Disney+ is, at least in part, intended to get you to watch a lot of other similar things that are old.

This series, starring Pedro Pascal as one of the many bounty hunters in the booming bounty-hunting economy of the Star Wars universe, was the flagship series of the Disney+ launch, and it has been very well received (a second season is already in the works). In particular, the cute puppet baby who drives the plot (universally known as “Baby Yoda,” though technically it’s just a baby from the same species as Yoda) has become arguably the most popular new character from modern-day Star Wars, making the case for the use of puppetry over CGI and even melting the heart of Werner Herzog.

Friday, November 29: “Chapter 4: Sanctuary” – In one of many takes on the Seven Samurai/Magnificent Seven plot, the title character and Baby Yoda (oh, come on, it’s not a spoiler to say he’s not dead) land on a planet where farmers are under attack and offer to pay for help.

Friday, December 6: “Chapter 5” – Official description: “The Mandalorian helps a rookie bounty hunter who is in over his head.”

Friday, December 13: “Chapter 6” – Official description: “The Mandalorian joins a crew of mercenaries on a dangerous mission.”

The plot of this series was slightly unexpected: instead of being set in the universe of the original High School Musical films, it takes place in a universe where those films are fictional, and revolves around a group of students putting on a stage production based on High School Musical.

Friday, December 13: “What Team?” – The fate of Miss Jenn’s teaching career, and the musical, are in doubt.

A series of 10 edu-tainment animation shorts featuring the talking fork from Toy Story 4 (voiced by Tony Hale). In each short, he asks a question and gets an answer from his fellow toys.

In this reality-show counterpart to High School Musical, co-producer Kristen Bell (Frozen, The Good Place) reunites the casts of real-life high school musicals and brings them back to their old school to put on the same show they put on years or even decades ago—even old musicals like Annie Get Your Gun where they might have to struggle with the politically-incorrect material.

The other thing that Disney is noted for is its constant self-mythologizing. This is a tradition that goes all the way back to Walt Disney himself, of course. This six-part documentary, directed by Leslie Iwerks (granddaughter of Mickey Mouse co-creator Ub Iwerks), tells the story of Disney theme parks and its research and development professionals, or “imagineers,” who create their technical innovations. If the official descriptions are anything to go by, the show is very positive about Disney’s current management.

Friday, December 6: “A Carousel of Progress” – From the official description: “Bob Iger returns Imagineering to the foundation of Disney DNA—quality wins out. He modernizes the formula.”

Friday, December 13: “To Infinity and Beyond” – The series finale celebrates Disney’s expansion to China with the Shanghai Disney Resort.

The World According to Jeff Goldblum (episodes 4-6, of 12)

This has the distinction of being the only Disney+ original that was not developed directly for the service. According to Adweek, it was picked up by Disney when the company acquired National Geographic assets as part of their purchase of Fox. The premise is simple: each week, actor and beloved Baby Boomer Jeff Goldblum investigates the science and history behind some common thing that we all take for granted in our daily lives, discovering how they are made, how they became what they are today, and the people and subcultures associated with them.

Friday, November 29: “Denim” – Jeff explains the history of denim as clothing material and demonstrates its many uses.

Friday, December 6: “BBQ” – Jeff learns about different types of BBQ cuisine, from traditional meat BBQ to a modern farm where insects are used as a meat substitute.

Friday, December 13: “Gaming” – Jeff gets an education in how far video games have come in his lifetime, learning about things like e-sports and live-action role playing, the complex sound design of modern games, and how gaming can be used to help people improve their behaviour and connect more with other people.

Produced by Marvel’s publishing division, this series focuses on children who are designated as real-world superheroes for the work they do to help their communities.

Friday, November 29: “Here Comes Hailey” – Hailey teaches other kids to use puzzles to connect with elderly loves ones with dementia, and raises awareness of children who act as caregivers.

Friday, December 6: “Mighty Rebekah” – Rebekah works as a young advocate for the safety of LGBTQ people.

Friday, December 13: “Make Way for Jahkil” – The story of Jahkil Jackson of Project I Am, who helps homeless people by distributing “blessing bags” filled with essential items that people need.

One Day at Disney (Tuesday, December 3)

A feature-length prelude to an upcoming 52-part series of shorts focusing on the people who work behind the scenes at the Disney company. This film focuses on 10 people, with more to follow in the series to come.

Part of Pixar’s “SparkShorts” series of short films experimenting with new animation techniques, this short deals with an old woman and her grandson trying to escape from a chasm.