Here's what Disney+ subscribers should look out for in June 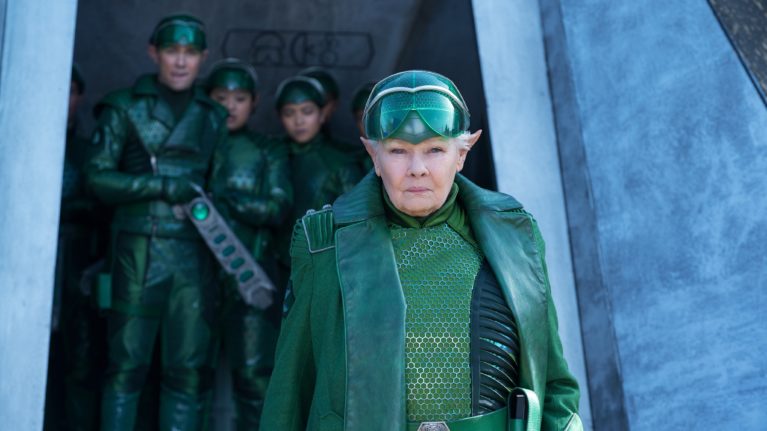 The ongoing question about Disney+ is how long they can go without original fiction content until The Mandalorian comes back. This month features no original fiction series at all, and though there is one big-budget, big-name piece of content, it wasn’t intended for the streaming service. Kenneth Branagh’s $125 million fantasy family film Artemis Fowl was originally supposed to play in theatres last year, but the studio rescheduled it for May 2020. When all theatrical releases were cancelled due to COVID-19, Disney decided to make it a Disney+ original instead. Depending on how long it takes for film and television production to resume, and how long it takes for movie theatres to reopen in a sustainable way, Disney might be tempted to send other theatrical movies directly to streaming.

Kenneth Branagh’s unexpected late-career reinvention as a reliable Disney studio director continued when he signed on to direct and co-produce this adaptation of Eoin Coffer’s fantasy novel. An Artemis Fowl film has been in and out of development ever since the first book came out, since it’s been described as Harry Potter meets James Bond. In this film, Artemis, a precocious young criminal genius must rescue his dad by coming up with a daring plan to steal a magical device from a secret society of magical fairies. Coffer has written many other books about Artemis, though the odds of a similar long-running film franchise don’t look very high at the moment.

The longtime voice of Goofy travels America to meet dogs and people who own dogs.

Friday, June 5: “Disaster Rescue Dogs & a Dog Mayor” – Farmer learns that it is, in fact, possible for a dog to become mayor of a human town.

Friday, June 12: “The Surfing Corgi & Bee Dogs” – Apparently there are dogs that have a special ability to keep bees alive.

Friday, June 19: “Stunt Dogs & Water Rescue Dogs” – Dogs that are forced to perform for humans, and dogs that go out in the water to rescue humans.

Friday, June 26: “Detective Dogs & Truffle Hunting Dogs” – Some dogs search for other animals, while others sniff for truffles.

The season finale for this attempt to combine the cooking-show format with Disney synergy: every episode is about trying to cook meals that are also promotions for Disney films.

Friday, June 5: “The Spectacular” – The remaining families are asked to make meals based on Beauty and the Beast and Aladdin. Also features plugs for Disney theme parks and a special guest appearance by Mickey Mouse.

A quicker approach to Disney self-promotion: each week this series offers a short look at the life and work of a Disney employee.

Friday, June 26: “Marc Smith: Story Artist” – The director of storyboards for Frozen 2 gives us a look at the process of figuring out how to tell a story through drawings.

Disney Gallery: The Mandalorian (Episodes 6-8, of 8)

Until Disney+ can finally get the new episodes of “The Mandalorian” up and running, we have to settle for this documentary series which takes eight episodes to explain how the eight episodes of the first season were made.

Friday, June 5: “Visualization” – The crew explains the movie genres that influenced Star Wars and how that influences the look of the show.

Friday, June 19: “Connections” – Producers Jon Favreau and Dave Filoni talk about Star Wars shout-outs we might have missed in their Star Wars series.

Disneyland: The Story of the Animated Drawing (June 12)

Disneyland: Mars and Beyond (June 26)