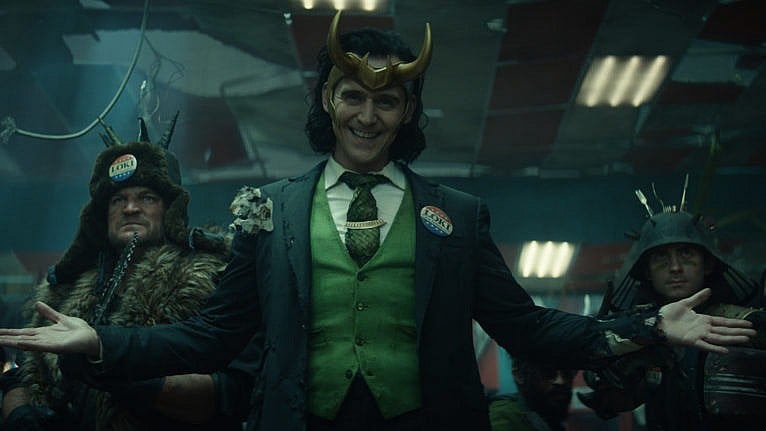 Disney’s month-long nightmare is over: Kevin Feige is back to supply them with another Marvel Cinematic Universe show to keep their subscribers from jumping ship. Unlike “WandaVision” and “The Falcon and the Winter Soldier,” which made stars out of relatively minor characters, “Loki” is a more traditional spinoff: Tom Hiddleston, playing Thor’s mostly-but-not-totally villainous brother Loki, was probably the most popular Feigeverse character who hadn’t gotten his or her own movie yet. Loki was killed off in Avengers: Infinity War, so his series will deal with concepts like how a character can be alive in one timeline and dead in another; Owen Wilson plays a member of the Time Variance Authority, an organization that arrests Loki for breaking the laws of time travel. All this is intended to set up the “multiverse,” which means, roughly, “an excuse to have different versions of the same character running around.” Kate Herron is the director, Michael Waldron is the head writer, and the comic everyone has already bought at inflated prices is Thor #372, where the Time Variance Authority first appeared.

While some Disney feature films are going to theatres this summer with a pay-per-view option, Pixar’s latest animated film will be free to Disney+ subscribers, following the successful streaming-only release of Pixar’s Soul. Continuing the more international, less America-centric feel of recent animated films, this one takes us to a seaside town in Italy, where the title character (voiced by Jacob Tremblay) and his best pal (voiced by Jack Dylan Grazer) go for a summer vacation, making friends with the locals and doing picturesque Italian things (eating pasta, going for Vespa rides, etc), while trying to hide their secret: they’re actually sea monsters who are able to disguise themselves as human children… as long as they don’t get wet. The director, Enrico Casarosa, is a veteran Pixar artist who was born and raised in Italy.

Is Tony Hale in everything? Probably. In this series, based on the young-adult novel series by Trenton Lee Stewart, he plays a mysterious man who identifies four orphan children as having special abilities that can help him foil a dangerous plot; to carry out this mission, the four kids must go undercover as students at a sinister boarding school. So it’s like Harry Potter, but the gifted children have non-magical gifts, and their mentor is working against the boarding school instead of for it. Hale also plays his character’s twin brother; the show was filmed in Vancouver.

This isn’t about Wolfgang Amadeus Mozart (that’s Amadeus, which Disney doesn’t own yet). This is about Wolfgang Puck, the Austrian chef who became a huge success in America after starting his own restaurant, Spago, in Los Angeles in 1982; as the chef-in-residence of Hollywood, he became a media celebrity that matched many of the stars he cooked for. David Gelb (Chef’s Table) produced and directed this documentary, which aims to show how Puck built his food and media empire and how success isn’t always such a wonderful thing.

As noted when the first season came to Canada, this is sort of a recursive Disney+ show: it was originally created for that streaming service, but moved to Hulu when Disney got cold feet about LGBT content. In countries that don’t get Hulu, it’s on the Star imprint of Disney+ (which is likely what Hulu will eventually become in the U.S. anyway). At the end of the first season, Victor (Michael Cimino — not the film director; he’s dead) came out and started a relationship with Benji (George Sear); this season, he finds out what it means to be openly gay and how his family members, classmates and teammates react. The season has 10 episodes, which will all drop at the same time on Hulu, but might or might not follow the one-episode-per-week model on the Canadian version of Disney+. It’s all rather confusing, really.