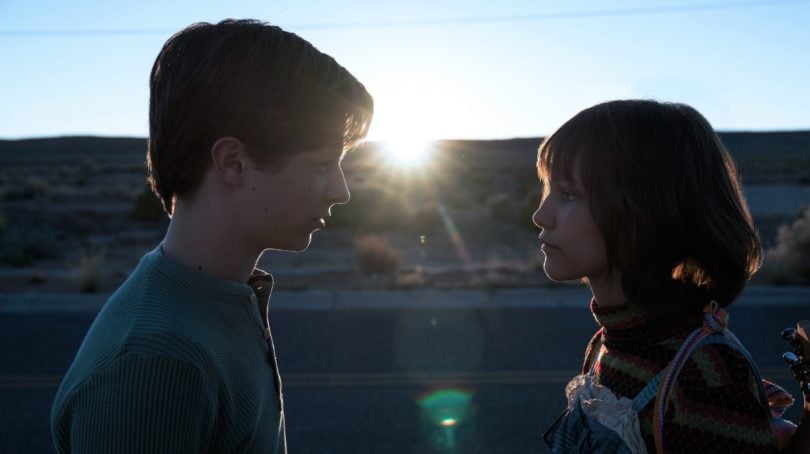 The big Disney+ news recently is not the announcement that Disney+ mastermind Robert Iger is stepping down from his position as CEO. It’s about a show that was supposed to be one of the highlights of the streaming service, and may not appear at all. Disney had lined up star Hilary Duff and creator Terri Minsky to do a revival of Lizzie McGuire, one of the most beloved of the many Disney tween comedies of the 2000s. The cast and writing staff were in place, and two complete episodes were filmed, but in January, while Duff was taking time off for a honeymoon, Disney fired Minsky. Now Variety has reported that production on the series has not resumed, and might be shut down permanently if Duff and Disney can’t agree on a new executive producer.

Duff and Minsky wanted to have more mature content and stories now that Lizzie is a grown woman, and they thought Disney management had accepted their plan, but at some point, Disney decided that Minsky’s approach didn’t fit the family-friendly guidelines for Disney+. What are those guidelines? Duff gave the world a pretty big hint when she called attention to the other big piece of Disney+ news: Love, Victor, a TV series based on a movie about a gay teenager, was supposed to air on Disney+, but has been moved to Hulu instead, because Disney executives felt its subject matter “would not fit in with the family-friendly content” on Disney+. Duff highlighted this story on Instagram, and Disney’s idea of what is and isn’t family-friendly, and added: “Sounds familiar.”

The much-delayed final season of the well-regarded animated series based on George Lucas’s Star Wars prequels. The show was cancelled when Disney took over, but now that Disney needs more Star Wars content, they have finished producing all the episodes that were in production when the axe fell. Many of the episodes’ stories and scripts were already known to fans, so if you’re watching with a big Clone Wars fan, don’t let them spoil it for you.

Friday, March 13: “Unfinished Business” – The characters attempt to fend off a deadly strike by the Republic.

Friday, March 20 – “Gone With a Trace” – The former Jedi Ahsoka must conceal her past while trying to stop a rogue droid.

Friday, March 27 – “Deal No Deal” – The pilot Trace makes an unhappy discovery about what she’s being asked to transport.

A comedy about 12 year-old Elena (Tess Romero), who hopes to be president someday, intercut with flash-forwards to adult Elena (played by series producer Gina Rodriguez), applying the lessons she learned as a 12-year-old to her run for the presidency.

Friday, March 6: “ Matters of Diplomacy” – Elena tries to cover up a growth on her upper lip so it won’t embarrass her at the school dance.

Friday, March 13: “State of the Union” – Elena feels rejected when her best friend doesn’t want to room with her on a field trip.

Friday, March 20: “Two Party System” – Elena goes on the field trip and meets someone whose advice may change her life.

Two teams of kids are pitted against each other with deadly weapons, but luckily they only use them to cut wood and try to make the best items in shop class.

Friday, March 20: “Bridge Or Bust” – Object: Bridges, preferably the kind you can walk across.

Originally produced by whatever the ABC Family Network is now called, the second season of this reality show was exclusive to Disney+, and told the stories of dream weddings and proposals at Disney-owned locations. Each episode features more than one couple, so it’s like “The Love Boat” but with corporate synergy.

Friday, March 6: “Pandoran Wedding” – One couple unites at Pandora, the Avatar theme park (yes, Disney owns Avatar) and another at Aulani in Hawaii.

Friday, March 13: “Made For Loving You” – Tori Kelly performs for a couple’s wedding; another couple is reunited at Disney’s Alaska theme park.

Friday, March 20: “Wedding GOALS” – A sports star and a singer show up for a romantic bash at Disneyland; Adventures By Disney has a reasonably-priced package to help a man propose to his beloved in Paris.

Friday, March 27: “Te Amo, Mi Amor, Again!” – Singer Pedro Capo entertains at a renewal of vows; a couple plans an Alice in Wonderland wedding, possibly unaware that you don’t have to get Disney’s permission to do that.

The final episodes of Marvel Publishing’s attempt to break into TV production. It profiles real-life children who are considered real-life superheroes for their good work.

Friday, March 6: “ Genius Gitanjali” – Gitanjali uses her science genius to create a device that will help people decontaminate their water.

Friday, March 20: “High-Flying Hailey” – After discovering how expensive it is to pay for medical care in the U.S., Hailey creates an organization to help pay the bills for children with epilepsy.

Each short episode of this year-long series is a profile of–and a plug for–a Disney project or the people who make them.

Host Amber Kemp-Gerstel leads families through do-it-yourself crafts projects based on Disney franchises (yes, they own the Muppets too). Also it’s called “Disney Family Sundays” but the episodes are released on Fridays.

So you thought there was no way to combine Disney synergy with the cooking-show format? Think again. This show is a cooking competition where two families are asked to compete to see who can create the best Disney-themed meals. Hosted by Angela Kinsey (The Office, which Disney does not yet own)

Grace VanderWaal stars in this film adaptation of Jerry Spinelli’s novel, about a nonconformist manic pixie dream girl who tries to give up her nonconformist ways to fit in and become popular at school.

Mickey Down Under (March 1)

Pluto And The Gopher (March 1)

The Art of Skiing (March 1)

The Goddess of Spring (March 1)

Thru The Mirror (March 1)

The Lost Tomb of Alexander the Great (March 4)