Disney+ in March 2021: What's new this month in Canada 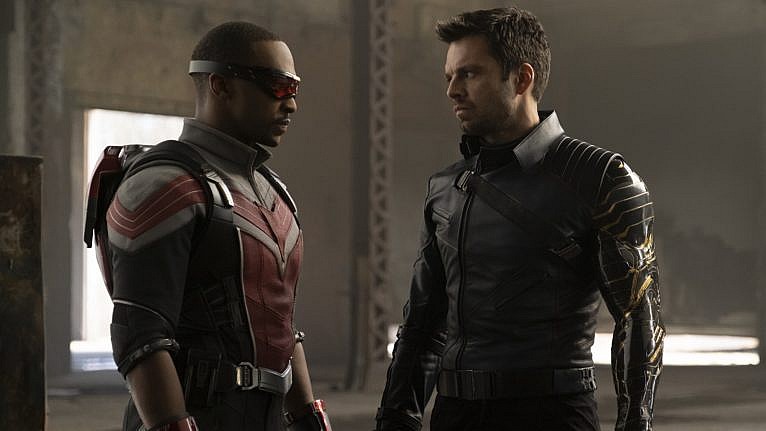 Marvel’s first Disney+ production, which started out as a series of sitcom pastiches about two characters who had very little screen time in most Marvel movies, eventually became so popular that it crashed the streaming service two weeks in a row. No wonder Disney has been willing to accede to Kevin Feige’s request that Black Widow be saved for the reopening of movie theatres rather than being released to streaming: the company’s future depends on keeping him happy.

Disney has not yet announced whether its series will receive Blu-Ray or DVD releases, but the features that would once have been included on home video are now being made directly for streaming sites. This show, filling the gap between one Marvel series and another, will begin with a feature on the making of “WandaVision,” where the cast and creative team will tell us how they made the thing we’ve just seen. Please don’t watch it if you’re still avoiding spoilers.

The Falcon and the Winter Soldier (beginning Friday, March 19)

Like “WandaVision,” the second MCU production (originally slated to be the first) is intended to make stars of two characters who mostly had small roles in the big movies. The stars here are the two sidekicks of Captain America: Sam Wilson, aka the Falcon (Anthony Mackie), and Bucky Barnes, aka the Winter Soldier (Sebastian Stan). At the end of the last Avengers movie, Captain America retired and gave his shield to Sam, though another character has been selected by the U.S. government as the new Captain America; Sam and Bucky, meanwhile, are assigned to go on missions to take down a villain group known as the Flag-Smashers. The series will take much of its inspiration from the 1980s Captain America comics by writer Mark Gruenwald, as well as a comic series where Sam had to come to grips with what it means for a Black man to be Captain America. The show will be released in six one-hour episodes.

Disney’s newest computer-animated film stars the voice of Kelly Marie Tran (Star Wars) as Raya, a sword-wielding Disney princess on a mission to find the last dragon of the title; the otherwise-extinct dragons are the only creatures that can stop a different, less marketable type of monster from wiping out her people. The film was originally intended to go to theatres in 2020, but has instead gotten the kind of hybrid release Warner Bros. has given to some of its films: it will premiere theatrically in places where theatres are open, and simultaneously will be available on the streaming service.

When Disney announced that it was creating a continuation of the film franchise “The Mighty Ducks,” the question on everyone’s mind was: will Emilio Estevez be back? The answer is, yes, he’s back, but the Mighty Ducks aren’t… not exactly. You see, the premise of this series is that years after Estevez built the Mighty Ducks hockey team from a ragtag bunch of misfits into champions, the Ducks have become boringly obsessed with winning and not a fun team to play for. So top-billed star Lauren Graham, playing the mother of a boy who wasn’t good enough to play for the Ducks, decides to start a team that will be a bunch of lovable, fun-loving losers like the original Ducks, and calls upon Estevez to help her. Is this a metaphor for Disney’s transformation from Walt’s scrappy little studio into a bland global powerhouse? Probably not… at least not consciously.

In the absence of new Pixar cartoons, Disney+ offers these short films about how Pixar cartoons are made. Each episode focuses on a different aspect of computer animation, with this batch dealing with “foundations,” exploring the basic elements of filmmaking, such as story, characters, camerawork, animation, and lighting.

First released at the TorontoI International Film Festival in 2017, this documentary by director Brett Morgen is about the life and career of Jane Goodall, the world-famous scientist and authority on chimpanzees; Morgen tells the story of her scientific achievements and what it took to do so in a field heavily dominated by men. Philip Glass, always the man you turn to when you need classy documentary music, did the score.

Cristina Constantini and Darren Foster, who created the documentary Science Fair, return for this film about five young people who go to China to participate in the Global Student Entrepreneur Awards. Each of the five students comes from a different country, and each has faced different obstacles in their lives; now they’re competing to see which one can make the best case for their brilliant business ideas and get the $100,000 grand prize.

This show has a complicated history. A spinoff of the 2018 film Love, Simon (and the novel Simon vs. the HomoSapiens Agenda by Becky Albertalli), it stars Michael Cimino (no relation to the director) as Victor, a student at the same high school featured in Love, Simon, who is dealing with a new school, a new city, and his increasing awareness of his sexual orientation. It was originally developed for Disney+, but the company got cold feet about LBGTQ content and moved it over to Hulu, which is its outlet for anything that it doesn’t want to put on Disney+. However, Hulu isn’t available in Canada and much of Europe, so here it’s actually on Disney+, albeit in the Star section, which features a lot of Hulu content (and also the complete series of “Blossom”).

Another piece of Hulu content for countries that don’t get Hulu, this animated series premiered last year, with a second season arriving this year; both 8-episode seasons are being released in Canada for the first time. Justin Rolland, co-creator of “Rick & Morty,” co-created and voices one of the lead characters in this violent and cynical take on a familiar premise: a family of aliens end up on Earth after the destruction of their planet, and have to adjust to living in a bland suburban neighbourhood despite the (sometimes justified) suspicion they get from humans.