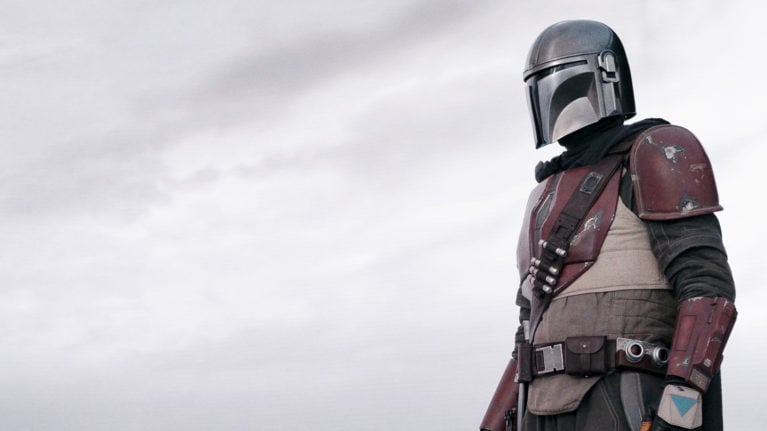 Not much has changed for Disney+ since last month. The current global crisis has vindicated Bob Iger for his belief that Disney needed its own streaming service; with movie theatres shut down in the short term, and their long-term future in doubt, the company will benefit from having its own home entertainment portal, without needing to split the profits with Netflix.

That’s long term, though. In the short term, the crisis has exposed Iger’s big miscalculation in launching the service with hardly any new content ready to go after the first eight episodes of The Mandalorian. This means that in May, in the middle of a global pandemic that is keeping much of the world trapped at home, Disney+ has only two new original fiction episodes, and most of its non-fiction content consists of shows that promote other Disney franchises.

Fortunately, Disney managed to finish filming on a second season of The Mandalorian before film production shut down, but it won’t be ready until October, while other shows will be delayed as they wait to resume filming. In the meantime, Disney is doing the only thing it can: making Star Wars: the Rise of Skywalker available to stream on Disney+ on May 4, two months before it was supposed to drop. In the absence of new content, at least we can sit and argue about whether George Lucas, Rian Johnson or J.J. Abrams was the one who ruined the franchise.

Friday, May 1: “Shattered” – Ahsoka (Ashley Ekstein) must deal with the fallout of Order 66, which identifies Jedis as traitors who must be executed.

Monday, May 4: “Victory and Death” – In the very last episode of the series, Ahsoka and Rex (Dee Bradley Baker) try to make it out of the Clone Wars alive.

Yet another Disney promotional show, featuring host Dan Lanigan, a collector of Disney memorabilia who tries to track down props that were used in Disney movies and “reunite” the props with the people who made or used them. Unlike most of Disney’s other shows, this one will release all its episodes at once, Netflix-style, on Friday, May 1.

Yvette Nicole Brown (Community) hosts this family-friendly game show, where contestants are asked to listen to two panelists: one an expert on a subject, the other a smooth-talking liar. Can the young contestants figure out which facts are really facts, and which are #fakenews? Also, Brown is accompanied by Rhys Darby, who, according to Disney’s press release, plays her wacky robot sidekick. Like Prop Culture, this show will drop its entire season at once; all 15 episodes will be available starting Friday, May 22.

Bill Farmer has been Disney’s official voice of Goofy for over 30 years. In this series, he appears on-camera as himself, traveling around the U.S. to meet various types of dogs. Does this confirm that Goofy actually is a dog? Because that really isn’t clear from the way he’s drawn.

Friday, May 15: “Whale Poop Dogs & Sheep Herding Dogs” – The episode titles helpfully tell us what types of dogs are featured in the episode, which really cuts down on the amount of time it takes to describe the episodes.

Friday, May 22: “Dogs & Cheetahs & Companion Dogs” – To be clear, though, cheetahs are not dogs. This features a dog who is friends with a cheetah.

Friday, May 1: “Slimy Yet Satisfying” – The families must incorporate vegetables in a way that kids will want to eat them, which somehow is supposed to make us think of the scene in The Lion King where Simba gets used to eating bugs.

Friday, May 8: “Anyone Can Cook” – The families have to research the movie Ratatouille for cooking food based on that movie.

Friday, May 15: “Worth Melting For” – The contestants are asked to make cold desserts inspired by Frozen, because that movie is about the cold. Also they go to a Disney exhibit based on Norway, because Norway is cold, so it counts as research.

Friday, May 22: “Tiana’s Place” – Remember The Princess and the Frog, Disney’s short-lived comeback for traditional animation? Well, Disney remembers it, and they’re going to make families cook food that could be served at the restaurant in that movie.

Friday, May 29: “Woody’s Lunchbox” – The last two competitors must go to a Toy Story exhibit to prepare for their attempt to make food based on Toy Story, despite it being a franchise with no apparent food-related content.

Friday, May 15: “Beauty and the Beast: Stained Glass”

The longest-running of these Disney promotional shows, featuring weekly short episodes about people who work for Disney franchises. Unfortunately, many of these jobs are currently furloughed, which cuts down on the promotional value.

Friday, May 8: “Joe Hernandez: Attractions Host” – A Disneyland host explains the secret of leading people around the park.

Friday, May 22: “Ed Fritz: Imagineering Ride Engineer” – Someone who helps come up with new rides for Disney’s theme parks.

Friday, May 29: “Jerome Ranft: Pixar Sculptor” – Before Pixar characters are animated on a computer, someone has to design them physically, using clay.

While waiting for October to finally arrive, Disney is marking time with this eight-part documentary series about the making of the first season. Yes, the making-of documentary is as long as the actual season.

Monday, May 4: “Directing” – Creator Jon Favreau and other directors talk about the process of shooting the series.

Friday, May 8: “Legacy” – The creative team behind “The Mandalorian” tries to find nice things to say about George Lucas.

Friday, May 15: “Cast” – The actors talk about their characters.

Friday, May 22: “Technology” – Favreau and co. explain the expensive special effects tech they used during filming.

Friday, May 29: “Practical” – The team explains why they decided to make Baby Yoda a muppet instead of going for CGI.

Natalie Portman narrates this documentary about a lovable real-life dolphin known as Echo. Disney is also offering a companion piece, “Dolphin Reef Behind the Scenes,” which looks at the making of the documentary.

A Celebration of the Music from Coco (Friday, April 10)

The Princess Bride (May 1)

Disneyland Goes to the World’s Fair (May 22)

Maleficent: Mistress of Evil (May 15)

Gabby Duran & the Unsittables (May 29)
The Evermoor Chronicles (May 29)

Buried Secrets of the Bible with Albert Lin (May 1)

In Beaver Valley (May 1)

Prowlers of the Everglades (May 1)

United States of Animals (May 1)