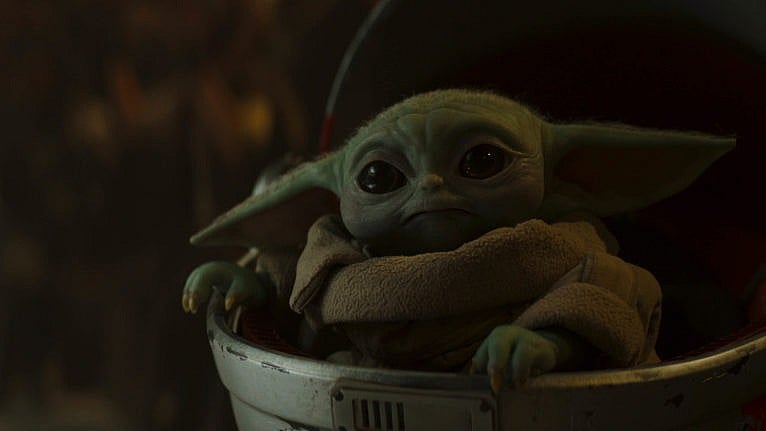 The Child in the Mandalorian, Season 2 (Lucasfilm Ltd./Disney)

The series that came along to save 2020: the further adventures of “Baby Yoda” wandering the galaxy with the title character, whose actor, Pedro Pascal, has given us all a masterclass in the ability to act effectively without showing your face.

Disney has not released any descriptions for the new episodes, and they’re not releasing them to critics either—they know we’re all going to watch it, so why bother?

National Geographic’s adaptation of Tom Wolfe’s book about the first U.S. astronauts, which—unlike the 1983 movie version—focuses solely on the astronauts and their circle, and leaves out the real hero of the book, earthbound test pilot Chuck Yeager.

Friday, November 6: “VOSTOK” — The astronauts bicker among each other while Washington considers whether to shut down the space program completely.

Friday, November 13: “Ziggurat” — One of the astronauts makes a sexist comment about the viability of female astronauts.

Friday, November 20: “Flight” (season finale) — The first space flight happens, and the second season, about sending a man to the moon, is teased.

Friday, November 20: “The Real Right Stuff” — A special documentary created to tie in with the season finale, which takes a non-fiction look at the real people and events portrayed in the series.

The Wonderful World of Mickey Mouse

A series of animated cartoons about Mickey Mouse and the other classic Disney characters.

Wednesday, November 18: “Supermarket Scramble” — Mickey and his pals go to the supermarket. “Cheesewranglers” — Cowboy Mickey goes on a cattle drive.

Friday, November 27: “House of Tomorrow” — The gang regrets trying to use Ludwig Von Drake’s new invention without his permission. “Hard to Swallow” — Mickey tries to get his dog Pluto to take his medicine.

Proof positive that there is no Star Wars content we can’t be nostalgic for: the “Star Wars Holiday Special,” the 1978 variety special that was so terrible that even George Lucas was ashamed of it, has developed a cult following simply for how bad it is. Now LEGO has set out to do a new version of that, but make it good this time: the LEGO version of Rey, the protagonist of the most recent movie trilogy, will set out to learn more about the Force and find herself transported through highlights from the entire history of the franchise. Star Wars actors from all eras will be lending their own voices, and the story takes place during Life Day, the generic holiday that was made up for the original Holiday Special. It’s an attempt to turn the Force’s greatest failure to the side of good.

An updated retelling of Anna Sewell’s much-adapted novel about a girl (played by Mackenzie Foy) and her horse (played by an unnamed horse).

One Day at Disney

The final episodes of Disney’s series of promotional shorts, celebrating the hard work of employees whose jobs may have been eliminated by now.

Friday, November 13: “Mark Gonzalez: Steam Train Engineer” — The guy who ran the steam train at Disneyland when it was open.

Friday, November 20: “Season Finale” — A retrospective of all the Disney employees and jobs we’ve seen in the previous 50 episodes.

One last episode of National Geographic hosts Carly Ciarrocchi and Charlie Engleman, who talk to experts about interesting science facts, but in a fun way.

Marvel’s publishing arm has been removed from having any influence over the movies and TV, but they’re still allowed to make nonfiction series, at least for the moment. Each episode of this series has a different director try to examine a different aspect of Marvel comics, such as the people who made them, their representation of women, and obscure but beloved characters.