Disney Plus in September 2020: What's new

Here's what Disney+ subscribers should look out for in September. Hint: the latest Mulan film. 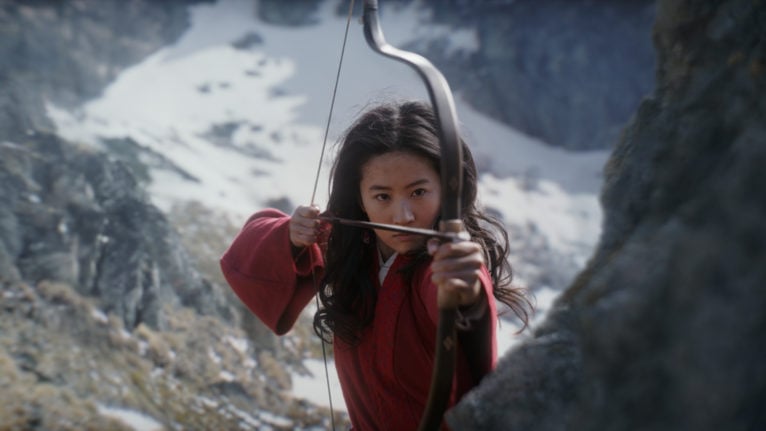 Here it is, Disney’s big gamble, to the extent that a live-action remake of a 1998 animated movie can be termed a gamble. Starring Liu Yifei as the young woman who disguises herself as a man to get into the Army, the film was originally scheduled for a theatrical release in March 2020, but after movie theatres were closed due to the COVID-19 pandemic, Disney kept announcing new release dates and cancelling them. Finally they gave up and announced that it would go directly to Disney+ as a pay-per-view exclusive: subscribers will need to pay $34.99 (in Canadian dollars) to unlock it. That’s quite a bit more than the cost of a theatrical ticket, but may work out to less than the cost of a family outing to the movies. It’s hard to know whether viewers will be willing to pay that kind of money for an at-home night with the kids. How well the movie does in this format may decide what happens to other delayed movies like Black Widow, and might, more broadly decide whether movie theatres will survive after the pandemic is over. That’s a lot of suspense to associate with a movie whose plot we all know in advance.

Filmed at the University of Toronto in 2019, this film, which was always planned as a Disney+ original, stars Petyon Elizabeth Lee (Andi Mack) as a second-born princess who thinks it’s boring not being the heir to the throne. That is until she discovers that second-born princes and princesses have superpowers and are expected to use them to protect their kingdoms from harm.

The season finale of Disney’s modestly-budgeted, unscripted show about what the Muppets do backstage.

Friday, September 4: “Socialized” – The story of Scooter’s attempt to upload the episode is interspersed with team-ups between Muppets and guest stars, including a cook-off between The Swedish Chef and Marina Michelson and a comedy discussion between Fozzie and Seth Rogen.

Another Jim Henson Company production, this series is about two aliens, Ned and Cornelius, who have been sent to conquer Earth but instead decide to put on their own talk show and interview celebrity guests, such as Andy Richter and Gillian Jacobs in the first episode and the cast of High School Musical: The Musical: The Series in the finale.

LeBron James co-produced this documentary series. Each of the 10 episodes, which will all release at the same time, profiles a celebrity and goes to their hometown to talk to the people who knew them before they were famous. Celebrities profiled include Adam Devine, Anthony Davis, Ashley Tisdale, Caleb McLaughlin, Candace Parker, Colbie Caillat, Julianne Hough, Nick Cannon, Nick Kroll, and Rob Gronkowski.

Now that Disney owns National Geographic, we’re seeing more combinations of National Geographic inquisitiveness with Disney synergy. This eight-episode series, narrated by Disney star Josh Gad, takes place at Disney’s Animal Kingdom and profiles the many different land and sea animals kept in captivity there, as well as talking to the humans in charge of taking care of all these animals.

Disney continues to roll out its short films profiling people who work for Disney entertainment companies, now providing an accidental snapshot of the world as it existed before COVID-19.

Friday, September 4: “Alice Taylor: Studiolab”: A look into the lab that tries to come up with technological innovations for future Disney films.

Friday, September 18: “Dr. Natalie Myliczenka: Veterinarian” – When the animals in Disney theme parks get sick, this is who takes care of them.

The increased presence of National Geographic content on Disney+ (which will become more evident next month when The Right Stuff hits) can be glimpsed again in this National Geographic reality series. Hosts Carly Ciarrocchi and Charlie Engleman find out about the many weird but true things (hence the title) in the natural and man-made world.

Friday, September 4: “Germs” – In an episode that was probably less timely when it was filmed, Carly and Charlie’s producer Casey comes down with a virus, and they have to learn about contagious disease and how to avoid catching someone else’s infection.

Friday, September 18: “Trains” – Carly visits Steamtown, Pennsylvania to learn more about the life of a train engineer and how trains work.

Friday, September 25: “Venomous Animals” – Carly and Charlie learn that the world can’t divide neatly into heroes and villains when they learn about the animals who have the power to poison other animals to death.

Friday, September 4: “Coco: Abuelita Says No Music” In the last episode of the series, the music-hating grandmother from Coco wanders New York in search of her grandson.

Ever After: A Cinderella Story (September 18)

Kingdom of the Mummies (September 18)