Do Not Say We Have Nothing is a serious accomplishment 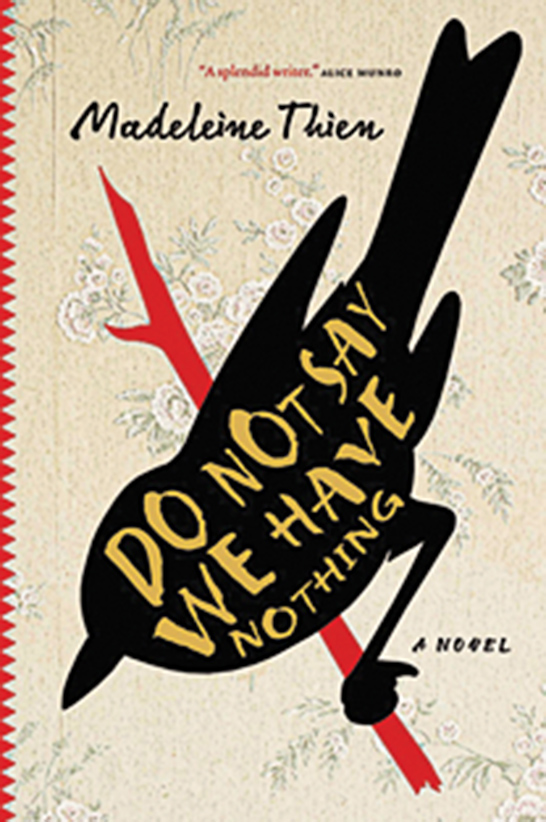 Thien’s novel about a musical family struggling to survive the political upheavals of 20th-century China is a serious accomplishment. It is also a sprawling work, composed of fragmented narratives, and crammed with indelible characters, horrific events and compelling ideas. In other words, its bulky structure replicates that of the chaotic world, yet Thien manages to keep her material firmly in control.

The central story, which unfolds in Shanghai in the 1960s, surrounds Sparrow, a renowned composer, his cousin, Zhuli, a violinist, and their friend Jiang Kai, a gifted pianist. Classical Western music is their life. But the political climate deems musical passion dangerously bourgeois. The Communist party encourages music students to scrutinize their motives. Even Sparrow, son of a revolutionary hero, is no longer safe. On the other hand, Kai’s peasant background proves unassailable. He joins the Red Guards in their brutalization of Shanghai artists, scores of whom are sent north for deadly “re-education.”

The Shanghai episode is one thread of a family history picked up by the novel’s heroine, Marie, a math professor living in present-day Vancouver. As the novel opens, Marie is thinking back to her father’s death by suicide in China. At that time, a family friend arrives in Vancouver. She tells stories that stretch back to the Japanese invasion; tales of her grandmother, Big Mother Knife, and her great aunt Swirl and the wars and political campaigns that led to separations, homelessness and death. These accounts slowly unravel the mystery of Marie’s father. She also reads fragments of The Book of Records, a largely improvised novel that reflects the haphazard construct of history.

This book calls to mind Dai Sijie’s magical Balzac and the Little Chinese Seamstress in the way literature and music help characters endure exile and re-education. It is fair to compare Thien to Amy Tan. Both address the challenge of piecing together splintered family histories and translating them into a foreign language. At one point, Zhuli wonders if classical music is not a shameful indulgence, ultimately useless for the good of the nation. References to denounced Russian composer Dmitri Shostakovich underscore this theme. And yet recordings of Bach and Beethoven move harassed citizens to truth or tears. The sound of music is this novel’s most powerful force.