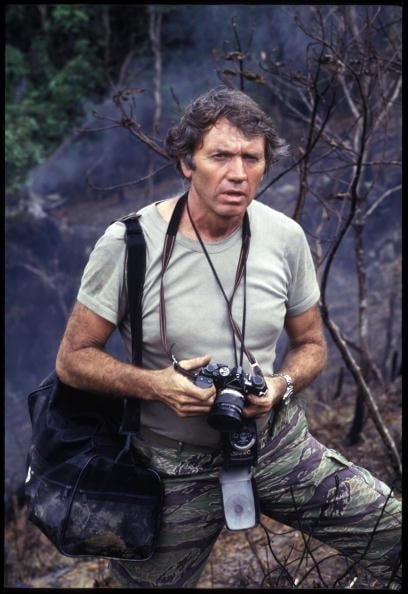 McCullin in the Philippines in 1986 (Alex Bowie/Getty)

From the mid-’60s to the early ’80s, Don McCullin made a career out of putting himself in danger. He photographed wars in Biafra, the Congo, Northern Ireland, Vietnam, Cambodia, Lebanon and more, and escaped with a broken arm, cracked ribs, mortar shrapnel in his leg, and an AK-47 bullet embedded in his Nikon camera.

He’d stopped, more or less, since then (writing, “I am going to surround myself with simple mundane things to photograph”), but last month, at 77, two years after quadruple bypass surgery, he carried 25 lb. of body armour through Aleppo’s rubble-strewn streets, snapping Syrian rebels and their families, their wounded and their dead. Changing his mind, he says on the phone from his Somerset home, is his “prerogative for being a creative, thinking person.” The National Gallery of Canada’s retrospective, McCullin’s first here, shows his engagement with the world in all its beauty and brutality, and his famously sombre sensibility. “I’ve spent years in the darkroom, perfecting powerful prints I’m trying to persuade you not to turn away from.”

McCullin grew up during the Blitz: “I used to sleep in an air-raid shelter, so I knew war. I was weaned on it.” He bought his first camera with money from RAF service, and got his break in 1958 when The Observer published a portrait of the East End London toughs he’d grown up with. He photographed his first war in Cyprus in 1964, and found it difficult to stop. “I hate to say this, but [war] has its moments of terrific excitement. You have to take it with a pinch of salt and be very suspicious of people’s actions.”

McCullin risked his life to photograph the human toll of conflict. “There’s nothing that he glosses over,” says exhibition curator Ann Thomas. “He doesn’t succumb to the beauty of the composition.” But where Thomas sees McCullin’s work as art, he disagrees. At one exhibition in Italy, he says, “People were calling me a maestro. That was incredibly funny! I said I’m not. I take a dim view of straying away from my real commitment.” 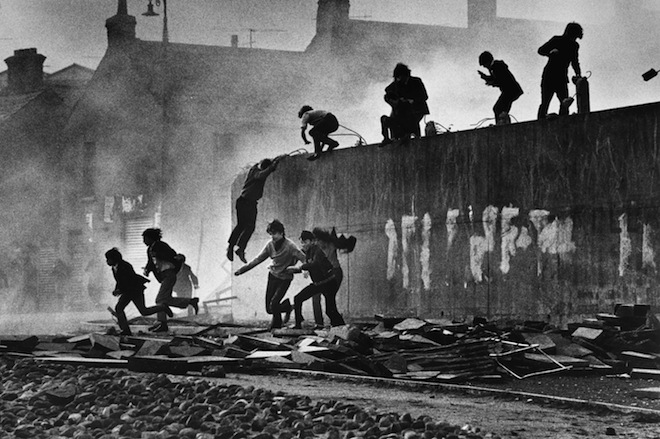 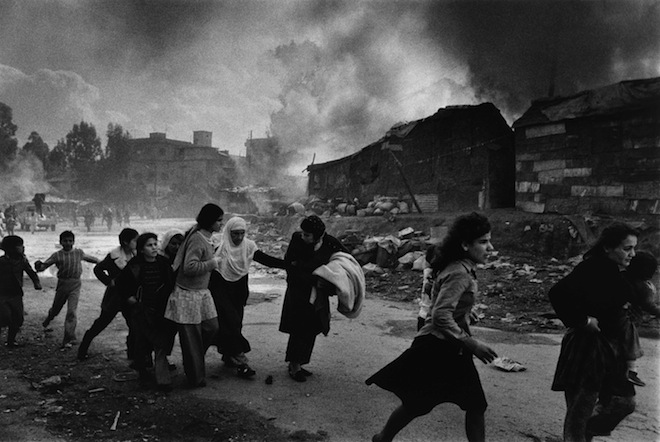 Palestinians in Beirut fleeing a 1976 massacre by Christian Phalangists 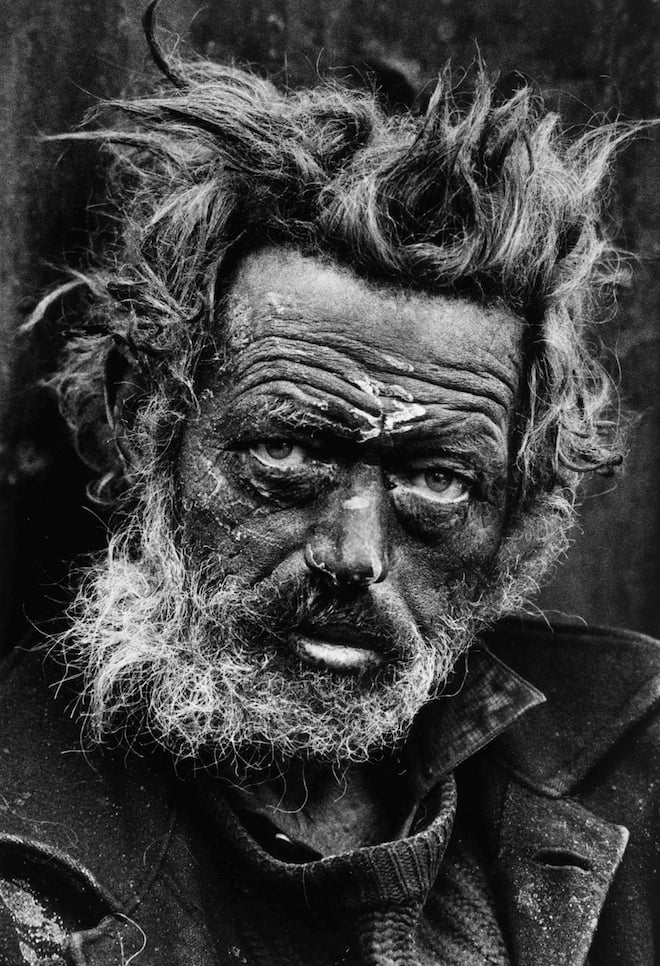 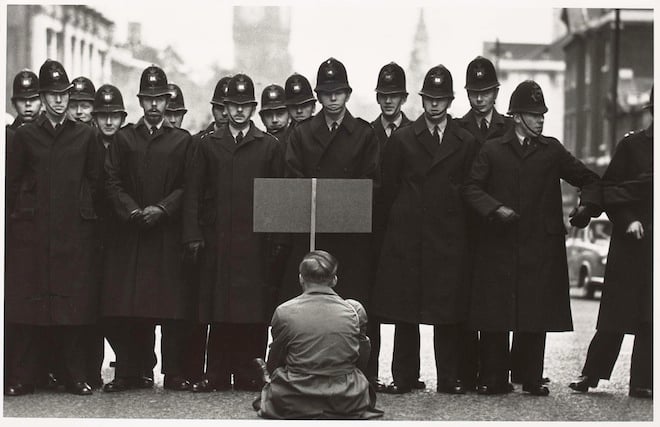 Anti-war demonstration in London from the 1960s 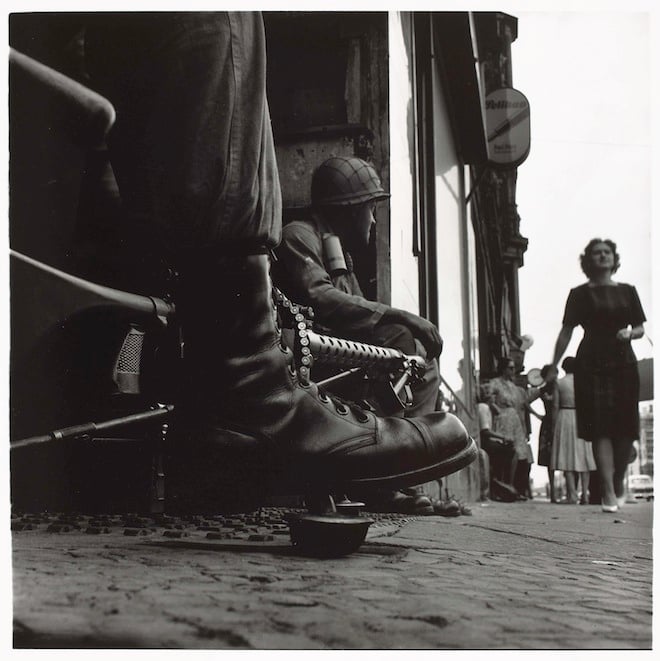 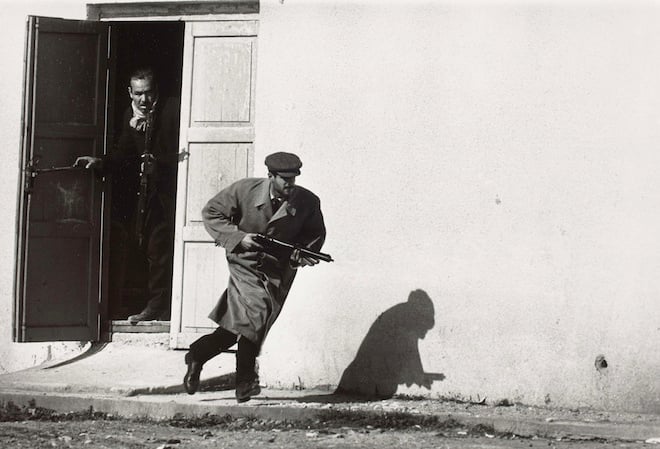 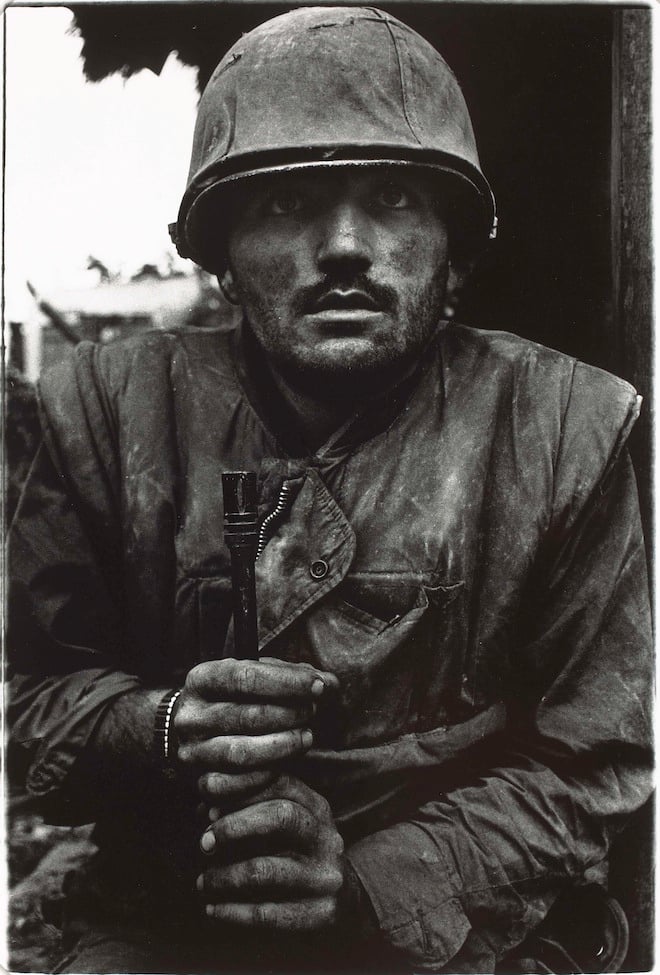 A shell-shocked U.S. Marine after the 1968 Tet offensive in South Vietnam 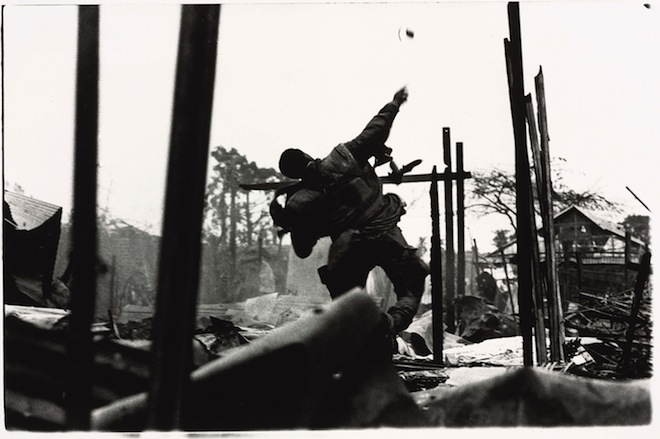 A US Marine hurling a grenade in Hue, Vietnam, in February 1968 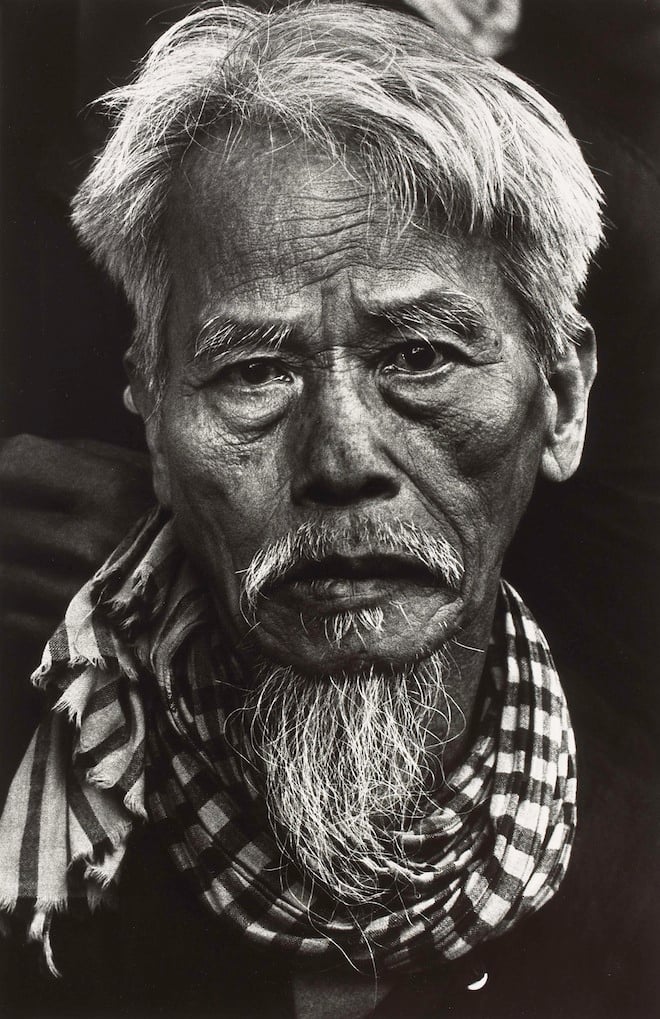 Portrait of an old Vietnamese man during the Battle of Hue, 1968. 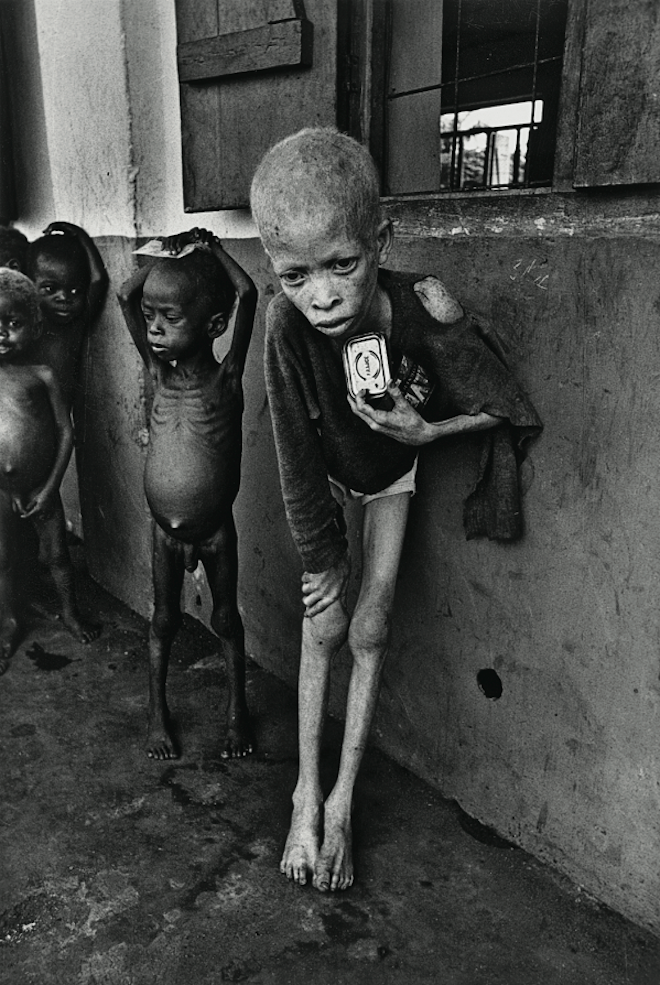 McCullin’s photographs of starving Biafrans in 1969 popularized their plight