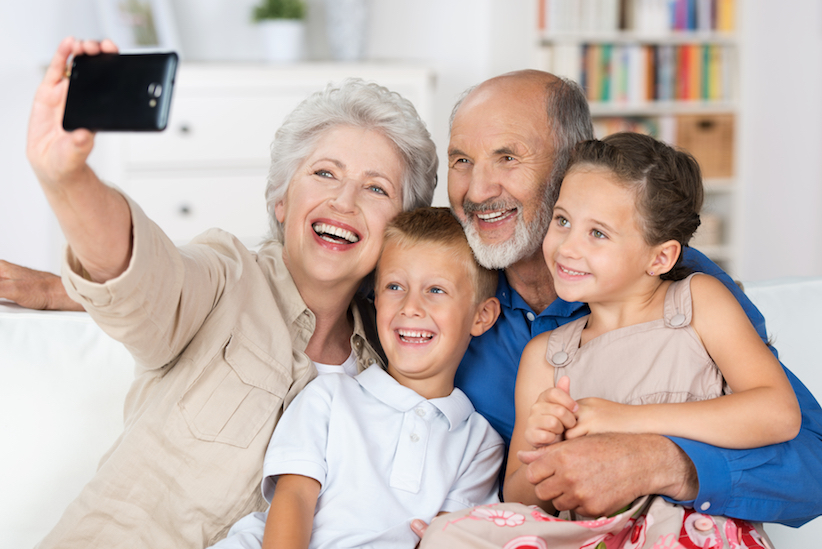 Baby boomers have always liked to do things a little differently. It might not come as a surprise then that for people like 58-year-old Jan Reisen of New Jersey, Grandma is not a name to be embraced. It’s stodgy, even “desexualized,” she says, adding that it evokes an image of someone who stays home, bakes strudel and rolls her stockings. Reisen, who runs www.AgingHipsters.com, doesn’t have grandchildren but she has already planned her future non-grandma name. When one of her adult sons— they are 20 and 24—finally becomes a dad, she has decided that she will be called “Queen Mum.” “When I told my boys about the name, they just rolled their eyes,” says Reisen.

Queen Mum may sound outlandish, but it’s pretty tame compared to some alternatives—like Geezer Girl, one of the names writer Lin Wellford has encountered. Wellford’s own grandchildren call her Mimi. She is the co-author of The New Grandparents Name Book, which lists hundreds of substitutes. Some, like Ugogo, mean grandmother in a different language (in this case, Zulu). Other names come about as a result of the mangled mispronunciation that emerges from the grandchild’s lips as he or she tries to grapple with the word grandma. When Kate Bandos’s grandson tried to say the word, what came out was Bacca. It stuck because Bandos, a 62-year-old book publicist, thought it was fun. When the child finally learned how to say grandma, he was told not to bother. “Anyone can be Grandma. I wanted to be Bacca—it made me special.”

Other names that apparently made grandmothers feel special include Grandzilla, G-Mom and GanGee. Foxy, Birdie, MomMom and Grandiose are also names for those who find “Granny” a little too stodgy. Goldie Hawn is allegedly called Glamma by her grandchildren. And while women are more likely to be stigmatized because of their age, the trend exists for men too: grandpas choose names like GDog, GoPah, Faux Pa and Rocky, says Wellford. Other substitutes include Rambo, Grumpy, Bebop, Pawpee, Flash, and Bogie. One widower worried that being a grandpa would curtail his social life and he would no longer be seen as a “sex object,” says Arthur Kornhaber, a grandfather, president of the Foundation for Grandparenting, and the author of numerous books on grandparenting. To avoid “being neutered” by his grandchildren, the widower asked them to call him by his first name.

The avoidance factor can be very real, says Christine Crosby, the 63-year-old publisher of Grand, a magazine about grandparenting. Crosby actually cried when she found out her daughter was pregnant. She felt as if she had been shouldered with a responsibility she hadn’t asked for and wasn’t ready to take on. She came to love her grandchildren, but they were still instructed never to say Granny or Grandma, but Grand-mère.

When grandparents are struggling with their new role, they may choose to mask their relationship to the child by skipping a generation and calling themselves Aunt, Uncle or Mom, says Allan Zullo, author of The Boomer’s Guide to Grandparenting. That’s what Cora Short, a grandmother of three who lives in New Mexico, decided to do with her first grandchild. An energetic, strong-willed career woman, Short became a grandmother in her early 40s. She felt she wasn’t ready, so she decided she wanted to be called “Mom” instead. Apparently, the grandchild had no difficulty distinguishing between her two “Moms,” but everyone else found it confusing, says her daughter Carolyn Graham, an editor at L.A. Parent. At school functions, there would be questions like, “Is this your mom or your grandmom?”

Kornhaber is dismissive of the anything-but-grandma trend—he believes grandparents should embrace the role, and its name, even if it is a reminder of one’s age. We all get older, and should have the maturity to accept this natural process, he says. Then again, who really wants to look like a senior citizen when you can throw money and resources into looking younger, and end up “a surgically enhanced blonde of indeterminate age in a pink velour Juicy Couture ensemble,” writes Simon Doonan in the New York Observer. The shift from Grandma to “Mimi” is the inevitable result of our complicated relationship to aging, he says, especially when Grandma is hurled around these days like an insult. “The words ‘granny’ or ‘grandma’ have lost their original meaning and become adjectives used solely by acid-tongued queens on makeover shows to identify styles that are antiquated, frowzy and not hot.”

Whatever the circumstances, choosing the right name is a tough decision, says Wellford. Cutesy words like LahLah for a grandma, or Dabbadoo for a grandpa, could become irritating over time. Some names seem endearing inside the family home, but will sound utterly ridiculous when screamed across a crowded mall, she says. And what about the scatological-sounding Peepo and Poopa, both substitutes for grandpa? “The name Poopa might sound real cute from a two-year- old,” says Wellford, “but when it’s a 16-year-old saying, ‘Hey Poopa, I want to borrow the car,’ how does that sound?”

FILED UNDER: Don't call me grandma