Emma Donoghue: 'My curiosity flares up when I hear about . . . '

Emma Donoghue on storing ideas like bulbs, and planting them later 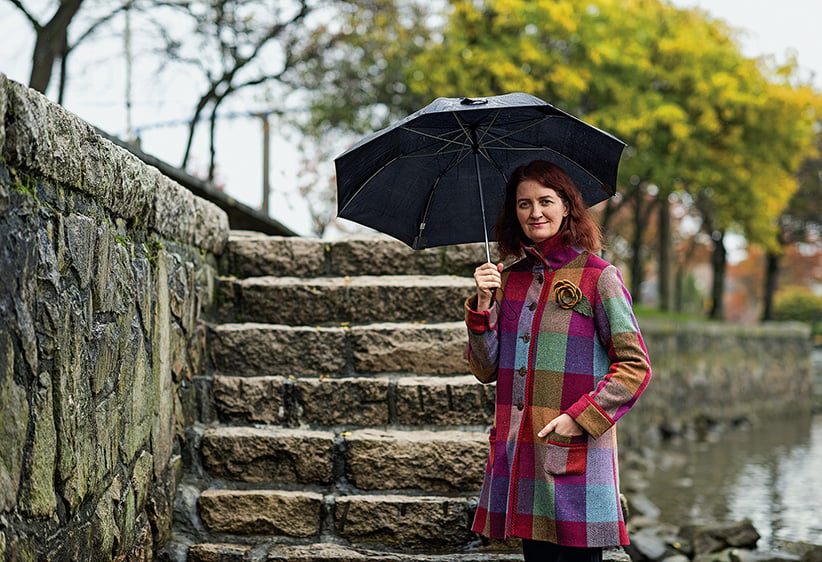 Canada’s most distinguished literary prize awards $100,000 annually to the best Canadian novel or short-story collection published in English. In this series, Maclean’s highlights the work and artistic process of the six nominees. Here, Emma Donoghue, author of The Wonder, discusses how facts are “the rich soil out of which the fiction springs.” Read more from other Giller Prize nominees here.

Emma Donoghue, one of the most popular writers in the country among critics and ordinary readers alike, has a historian’s eye for the telling detail and an artist’s way of reaching for its truth. “Historical fiction is a way of dealing with a situation where a historian has to say some of the facts are known but we’ll never know the rest,” says the Irish-born author who has lived in Canada since 2004. “And when you tell an individual story, you don’t have to search, like a historian, for a conclusion that speaks for all.” And besides, Donoghue adds, “there were already one or two good non-fiction books about the ‘fasting girls.’ ”

That term describes the likes of 11-year-old Anna O’Donnell in Donoghue’s Scotiabank Giller Prize-nominated novel, The Wonder. Victorian-era figures, some 50 in number—many if not most prepubescent—the fasting girls claimed to be able to survive without consuming any nourishment, an ability long ascribed to major medieval saints like Catherine of Siena. In the drawn-out process through which the Western world moved—and is still moving—into a modern, science-based culture, the fasting girls were a flashpoint. The traditionally devout saw their cases as miraculous, while secular-minded moderns derided them—some historians detect early signs of contemporary anorexia.

But Donoghue doesn’t need to look at the big picture. She concentrates on one, mysterious child and her protagonist, a no-nonsense English nurse who virtually leapfrogs over modernity to postmodern worries that her observation of the patient is causing the disorder. In the background, more apparent to readers than outsiders in the story, is the long memory of peasant Ireland. It’s 1859, only seven years after the Great Famine ended, and food is still an almost magical thing.

BY EMMA DONOGHUE · I get an idea. Or a whiff or a glimpse or a faint hum of one. My curiosity flares up when I hear about the execution of a teenage maid in 1764, maybe. Or I dwell on a morbid worry: what if your long-time partner suddenly died in a car crash? What if you were kidnapped and had to raise a child in a locked room? I do a few days of research (to find out whether someone’s written a great book about the same thing, and what kind of sources I could draw on). I ask myself what form would be best to tell such a story (a novel? a play? a film?). I become more and more interested, the more I find out, or you could say obsessed; like one of those people at parties who talk about a specialist topic too long, till others edge away toward the food table.

All this, you have to understand, happens when I’m in the middle of writing something else, committed to a deadline. So it’s illicit, and all the more exciting for that.

I put the new idea aside, maybe for a year or two, maybe for a decade. But I never forget it; as time goes by, every time I have a fresh thought about it, or come across some relevant fact, I open up the file. The advantage of this long period of waiting—picture it like bulbs stored in a potting shed—is that the idea gets tested by time. In some cases, my interest will fade, or I’ll realize that what I’m imagining has some fatal flaw (too like somebody else’s book, or I’m the wrong writer for the job, or it’s just not interesting enough to anyone but me). More often, my hold on the idea gets all the more firm: by the time my schedule clears enough for me to start working on the project, I know I really want to—have to—write this one.

Early on, I decide on the single most important matter, point of view: who’ll tell this story, and from what vantage point in time? I research (whether the story’s based on real events or not), I plan (or, you could say, daydream), I brood over my characters, I research some more. Facts don’t just provide a realistic backdrop for my inventions—they’re the rich soil out of which the fiction springs. I angst over technical matters the reader may not even notice: past tense or present? First person singular or third? I shape the story in detail, roughing out what’ll happen in each chapter. (I’m really not a natural plotter, so this stage is crucial to show me the holes or baggy bits in my story.) Only now do I start the bit you’d recognize as “writing”: drafting the first scene. Only if I’ve put enough preparatory work in do I know who these people are and what they need to do and say.