The Oakville, Ont. man became a phenomenon in the U.K. during his time as leading contestant on the British game show 'University Challenge.' 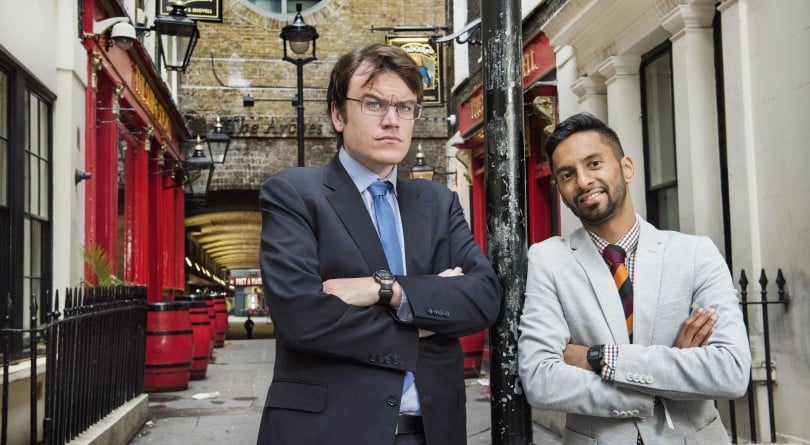 The curious career of Canadian trivia whiz Eric Monkman offers a glimpse into the cultural paradox of our time. How did this clever and affable University of Toronto law school and Cambridge economics Ph.D. program dropout end up a British media phenomenon while remaining virtually unknown in his country of residence (where he is, incidentally, currently looking for a job)?

The answer, if it could be distilled into a single word, is: Twitter.

To briefly recap, Monkman came to fame in the U.K. last year during his time as a leading contestant on the British game show University Challenge (think Reach for the Top but with Oxbridge students). While trivia quizzes are common around the world, Britain, with its deep cultural fondness for the amateur polymath, has a somewhat broader cultural affection for the format. There are dozens of trivia programs broadcast there, and many air on major networks during prime time, with big-name hosts like Stephen Fry and Jeremy Paxman.

READ: The Maclean’s Quiz: How much do you know about cannabis?

Having said that, University Challenge is not Love Island—being a contestant, even a finalist, doesn’t make you an automatic “influencer.” Monkman’s unlikely celebrity came about as the result of his particular set of charms. An earnest, brow-furrowed delivery combined with an anti-fashion ’70s bowl cut conspired to set him apart from the pack. During his time on air, he slammed on the buzzer more than anyone else on his team (Wolfson College, Cambridge) and fired his (mostly correct) answers at Paxman with a unself-conscious intensity that made it difficult not to adore him.

And many did. Before long, fans had flocked to Twitter, and the hashtag #monkmania was born. When his team won the semifinals (beating out his best friend Bobby Seagull of Emmanuel College, Cambridge), a star was born. The fact that Monkman’s team narrowly lost the final a month later did not seem to dim his celebrity. Within months, he and Seagull had teamed up on both a radio series (Monkman and Seagull’s Polymathic Adventure) as well as a book (The Monkman and Seagull Quiz Book), which was published later that year.

In a phone interview from his home in Oakville, Ont., he reflects on his recent ride just the way you would expect him to: accurately, cheerfully and utterly in earnest. “I was very surprised by the social-media response,” he says. “I wasn’t really on Twitter at the time, and I searched ‘Monkman,’ and what I found was that all these people were commenting about me. They were saying mean things at first like, ‘He’s too loud. He has no indoor voice.’ But then I guess I started to do well and they seemed to like me more. Eventually I relaxed and accepted that there is an ironic element to people’s interest in me. I’m an atypical person in the media eye, and I think people like that.”

When the media calls started rolling in—not just from reporters but from producers, publishers and agents—Monkman realized his quirky quiz-show fan base might actually earn him a whole new career. “I had attracted a level of attention that I’d never attracted before in my life,” he says.

The 31-year-old can currently be seen on BBC TV, co-hosting a critically acclaimed new show with Seagull called Monkman and Seagull’s Genius Guide to Britain.

The show—which features Monkman and Seagull driving around Britain in a Mini Cooper, indulging their boundless curiosity at quirky museums and historical landmarks in Scotland, England, Northern Ireland and Wales—has had a positive reception in the U.K. The duo are now, according to Monkman, waiting to see what happens next. “I live in Canada, but the interesting opportunities for me seem to exist in the U.K. It would be great if I were to have further opportunities,” he says, but adds modestly, “I still feel very new to it and I’m not entirely sure how the TV business works.”

Born in Toronto, Monkman moved to Oakville when he was three. He attended Waterloo University for undergrad and went on to study law at U of T before deciding it was not for him and enrolling in a graduate program in economics at Cambridge with a plan to do a Ph.D. He’s since abandoned that notion and like many bright, ambitious 31-year-olds, finds himself slightly at a loss for what to do next—apart from the fact that he’s now an accidental celebrity in a country far from home.

Just to complicate matters, Monkman’s long-term girlfriend, Jiang Na, whom he met as a student in Canada, is currently a law professor at Beijing University. “She’s really pleased for me,” he says. “She can’t see the show in China, so it’s all based on what I tell her, but she’s very happy.”

Which is a fair description of how most of Canada now feels, too.