Faouzia could be Gen Z’s next big pop star 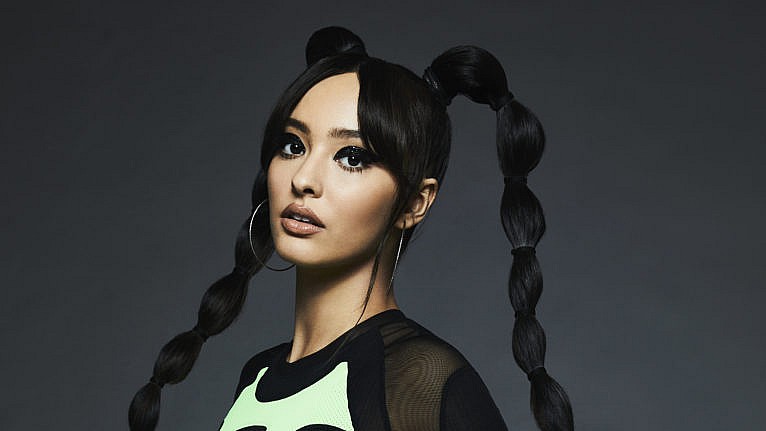 Earlier this year, Faouzia Ouihya got a cryptic heads-up to tune into the 2022 Juno nominations announcement. The young singer—whose stage name is Faouzia (pronounced Foe-zee-ya)—watched it at home in Winnipeg on March 1 with her older sister, Samia, wondering if the tipoff was an effort to boost viewership numbers. “Breakthrough artist was one of the last categories announced,” Faouzia says in a Zoom interview. “Eventually my name and face popped up and I was like, ‘Oh my gosh, this is insane.’ ” A month later, she says, it still hadn’t sunk in. Talking with her team about what she’s going to wear to the award ceremony, she realized, “I’m going to the Junos because I’m nominated.”

Faouzia is not quite a household name in Canada, but this year’s Junos might change that. She’s nominated alongside well-known talent, including Tesher, a South Asian-Canadian artist from Regina who collaborated with Jason Derulo on Jalebi Baby, which has more than 200 million views on YouTube, and Toronto-based rapper Pressa, who has toured with Drake. Faouzia is a fierce contender herself. At 21, she already has a single with John Legend and shares an agent with Billie Eilish. Faouzia has legions of loyal fans: 3.1 million TikTok followers, 1.9 million YouTube subscribers, 1.9 million Instagram followers and over four million monthly listeners on Spotify. She’s one of many Gen Z artists cultivating a fan base on social media, and particularly on TikTok, even before releasing an album.

There are two reasons Faouzia has attracted such a massive following. The first is her incredible talent as a singer. Vocal coaches on YouTube rave about her range, depth of tone, vibrato and breath control, and fans post adoring tributes on TikTok. The second is her down-to-earth and bubbly personality. In a TikTok Live with iHeartRadio last fall, she was asked which shampoo she uses on her glossy hair: Costco’s house brand, Kirkland, she said. In a Refinery29 video segment revealing the contents of her purse, she unpacked deodorant, stain remover and gum from her SwissGear backpack. “You can catch me on campus with this bag,” she said, referring to her time spent at the University of Manitoba as a computer engineering student. Faouzia often posts snippets of songs on social media, singing a cappella or lip-synching into a hairbrush. In some videos she experiments with performance—widening her eyes like an anime character or wearing her long, dark hair in space buns reminiscent of TikTok-star-turned-singer Bella Poarch.

Faouzia was born in Casablanca, Morocco, and immigrated to Canada with her parents and sister when she was a year old. She grew up in Carman, Manitoba—a town of 3,000 people an hour southwest of Winnipeg. “I had so much time to do literally anything because it was so cold outside and I didn’t play hockey,” she says. She came from a music-loving family that listened to the biggest names from the Arab music world—legendary Egyptian singer-songwriter Umm Kulthum, Lebanese songstress Fairuz and Algerian pop star Khaled. Faouzia’s parents put their three daughters in piano lessons, and Faouzia also taught herself how to sing and learned to play guitar and violin. She absorbed all she could from pop divas like Lady Gaga, Beyoncé and Rihanna and decided she wanted to be just like them. “When you’re a kid, you’re super confident. You have all these dreams and aspirations, and nothing is in your way,” Faouzia says. “As I grew older, I was like, ‘Am I gonna be a singer? Is this realistic?’ ”

Faouzia started performing in talent shows when she was five, singing and playing the piano. At eight, she began appearing at small festivals in and around Carman, performing classical compositions—Beethoven, Chopin, Mozart. She also started to experiment with pop music. She released her first single, Knock on My Door, in 2015, and two years later she won the Nashville-based competition Unsigned Only, netting a prize of US$20,000. In 2017, when she was 17, Faouzia was signed to a talent agency, and just before her 18th birthday, she was signed to a record label. She now records with Atlantic Records, and her first EP, Stripped, was released in 2020.

All of a sudden, the kid from small-town Manitoba was being flown out to Los Angeles to write with a team, later collaborating with French DJ and producer David Guetta and Swedish producer Ali Payami, who has worked on songs for the Weeknd and Demi Lovato. “It felt like I would wake up at any second and be in my bed in Carman,” Faouzia says.

Faouzia also writes on her own every day, and has credits as a composer and producer on her work. During the pandemic, she performed on the Kelly Clarkson track I Dare You, which Clarkson sang in six languages with artists around the world. “I grew up singing her songs,” Faouzia said in an interview with ET Canada. “Hearing her sing in Arabic was just so special.”

RELATED: Meet the muses behind Robert Munsch’s most iconic stories

Another pinch-me moment was collaborating with John Legend on the ballad Minefields. Faouzia recorded the track on her own, but her team had the idea of adding a powerful male vocalist to accompany her. They sent her recording to Legend and heard back a week later: he loved it. A week after that, he recorded his vocals. “It was the fastest, easiest collab ever—he was just so involved and invested,” Faouzia says. The process happened over Zoom, but the pair finally met when the video was shot over two days in late 2020. Since it was released in January 2021, the video has been viewed over 72 million times on YouTube.

Faouzia’s star is quickly ascending: Rolling Stone, Variety and People have all flagged her as an artist to watch. She’s been flown out to Egypt for a private event, invited to a Chanel show in Dubai and attended her first New York Fashion Week earlier this year. Faouzia took last semester off school to work on an eight-track release called Citizens, which comes out in May. She built anticipation for the first single, RIP, Love—which combines Western pop with North African and Middle Eastern influences—with brief clips on social media before releasing it in March. “It’s like a mini version of what’s to come,” she says.