From student DJ to touring with Radiohead: Not bad, Dan Snaith

The Dundas, Ont. native has a new electronic album, and it sounds good at home or in a dance club 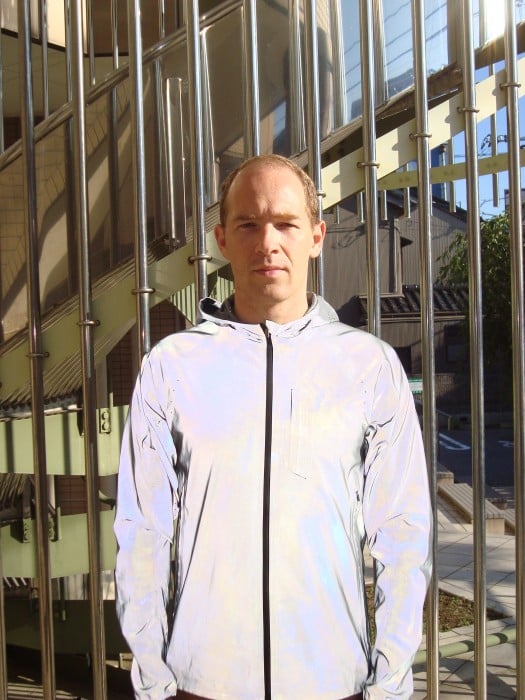 It’s every musician’s worst nightmare, and it’s one Dan Snaith witnessed first-hand: seeing a stage collapse and take a life. It was June 2012 at Downsview Park in Toronto, where Snaith’s band Caribou was set to open for Radiohead on the last North American show of a tour that put Snaith—a native of Dundas, Ont., who started out making bedroom electronic music—in front of his biggest audiences to date. What should have been a triumphant hometown show turned tragic, when Radiohead’s drum tech, Scott Johnson, was killed in the collapse; three other technicians were treated for injuries.

“My wife and I were standing behind the stage when it collapsed,” says Snaith. “For a long period of time, whenever I closed my eyes, it would be what I would see. It was devastating, a horrible day. There are a lot of people involved in Radiohead’s team, and I gained a whole new respect for the way they conducted themselves in the face of this tragedy.”

Though that day’s gig was cancelled, and the next leg of a European tour was postponed, the show, as they say, must go on, and Snaith played his final gig with Radiohead just two weeks ago. In the meantime, however, he spent any downtime he had in 2012 on an entirely different project, one with much more scaled back ambitions.

Snaith started writing and recording tracks in a single afternoon, on his way out the door to DJ gigs in his adopted hometown of London (where he’s lived for the past 10 years after moving there to get his Ph.D. in math). Unlike the layered, carefully arranged electronic and experimental pop music of Caribou, the new material Snaith recorded under the name Daphni was designed for dance clubs: not for big stages, and not for his touring band, which can swell up to seven people. Not even necessarily for listening at home, although Daphni’s debut album, Jiaolong, has achieved that rare, impossible thing: an album that works as well in a club as it does anywhere else.

Snaith still spends a lot of time in clubs, despite being in his mid-30s. His own DJ sets can last up to eight hours—as Daphni’s album launch in London did recently. “There is definitely a lot of dance music I have on 12” singles that I wouldn’t listen to at home,” says Snaith. “The magic of it doesn’t translate in that environment. It’s difficult to tell why something works in a club or not, but also whether that same thing will work at home. One of the things about this record is that it’s not just rhythmic music trying to make people move; it also has a melodic sensibility to it.”

Key to Daphni’s strength, however, is that it also sounds tactile: this isn’t electronic music created in its own vacuum, where the listener has no idea where the sounds came from or why they’re all colliding at any given moment. Listening to Jiaolong, you can picture Snaith manually adding and subtracting various layers: from ostinato synth patterns to long-lost African soul music samples to Indian raga motifs to—I could swear this is on the Daphni track Pairs—Sophie the Giraffe, that ubiquitous baby squeak toy. He’s also using an analog synth to play melodies on, the kind of keyboard the player has to constantly tinker with, resulting in unpredictable sounds.

“Improvisation was definitely central to it,” says Snaith. “My favourite moment in a club is when something unexpected happens to the music. Often [making these tracks] was about sketching out a melody or a beat and then, with a synthesizer that allows me to be tactile, literally getting my hands on the music and manipulating it as it goes along. Ideally you’d want to do that with the music in the club itself, and as a DJ, you can to some degree, but you don’t have the same synthesizers, the same equipment with you. [Jiaolong] is a hybrid of those two processes.”

Snaith got his start as a student at the University of Toronto in the late ’90s, when he and his friends put on their own DJ nights. But he first fell under the sway of electronic music growing up in tiny Dundas, Ont., adjacent to Hamilton, where his friend Koushik—who has gone on to become a recording artist as well—was the local connoisseur. “He didn’t even have turntables,” recalls Snaith, “but he had an enormous amount of records, and we’d go over to someone’s teenage party where they’d have turntables and he would always bring all this amazing music. He’s still one of my favourite DJs in the world.”

A seminal experience around the same time was encountering world-renowned techno pioneer Richie Hawtin. From Windsor, Ont., Hawtin was nurtured by the influential originators of Detroit techno, and became one of the game-changing artists in the genre by the mid-’90s, though he was—and is—completely unknown to the mainstream music industry in Canada. Which is probably how Snaith ended up seeing Hawtin play a basement party in suburban Hamilton. “It was literally in somebody’s basement in east Hamilton or Stoney Creek,” says Snaith, “with a P.A. system and garbage bags over the carpet. There were 100, 200 people there. It was so exciting and so terrifying. I was more cautious than some of my friends; I wasn’t drinking or doing drugs. I’m sure [Hawtin] was flying to Berlin or Amsterdam and playing to 10,000 people by then, but there’s a tendency to want to play small spaces as a DJ, and maybe he just knew somebody in Hamilton.”

It’s a sentiment Snaith can relate to. Though the tour with Radiohead saw him playing in front of up to 60,000 people, and Caribou on its own can draw a couple of thousand people in most major cities, Snaith says that when he DJs, “I’d much rather play a tiny little room with no lights and a good sound system with 200 people there. You can take more risks and do more interesting things. When you play in front of 3,000 or 5,000 people, you think, ‘I have to play that one track everybody likes, otherwise everyone will disappear.’ ”

Just like the ever-evolving tracks on Jiaolong, Snaith doesn’t want to spend his career trying to replicate past successes—not even if The New Yorker’s music critic spent an entire column recently writing about just one track on the new Daphni album, Ye-Ye. “I’ve been overjoyed generally with the way my music has gone over the last 10 years,” he says, “but it’s never been a consideration that I should do something the same again, because that’s not how I got here. I got here by following my instincts and making the music most exciting to me.”