An offbeat and compelling book about Orwell's amazing sense of smell 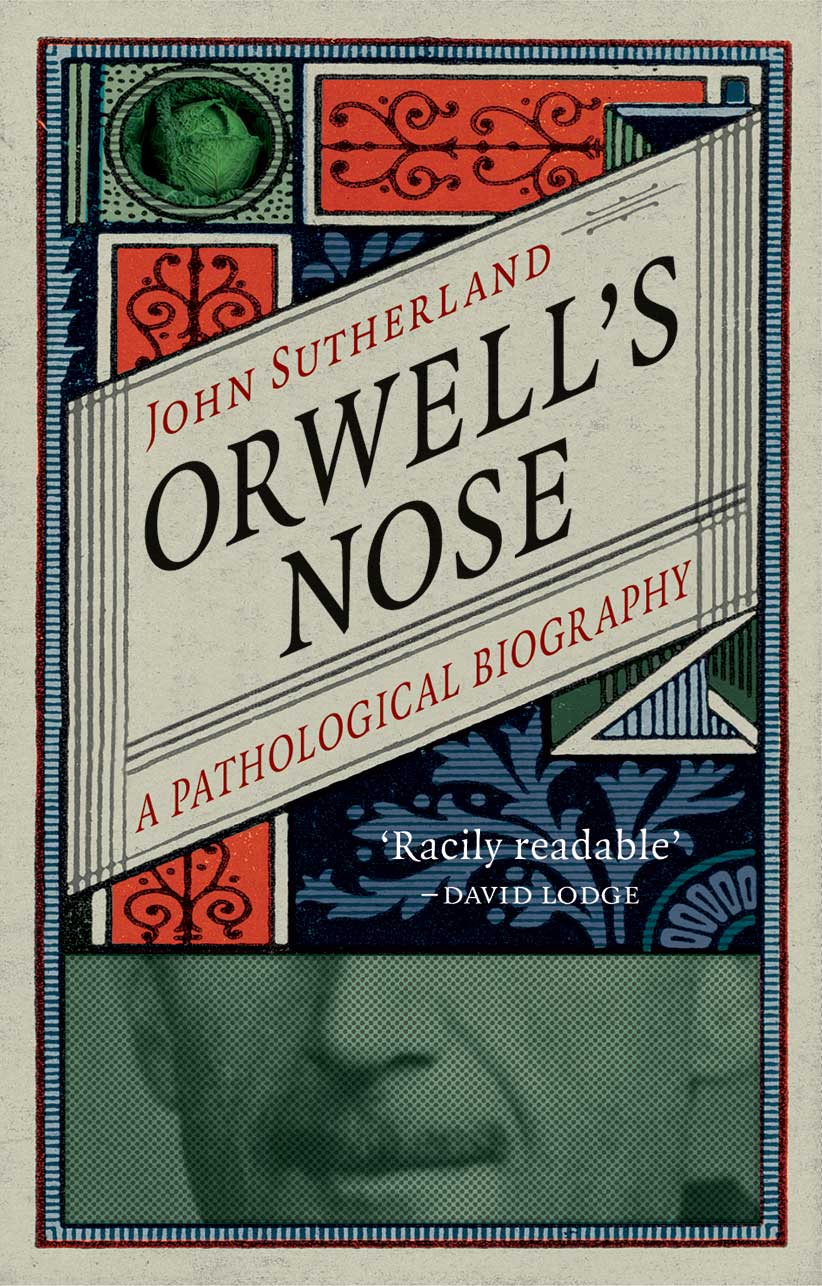 Rarely has such a conjunction of writer, subject and even publisher been seen. Sutherland, professor emeritus of English at University College London, is a noted critic and admirer of George Orwell. But if Sutherland, 77, hadn’t lost his sense of smell in 2012 after years of hay fever, would he even have noticed George Orwell’s obsession with scent, making it the central theme of his book? And, although other publishers would surely have been interested, Orwell’s Nose is well-suited to London-based Reaktion Books’ peerless list of offbeat but intellectually compelling titles.

Compelling this “pathological” biography is. For an Orwell lover, just contemplating Sutherland teasing out what he calls the writer’s “smell narratives,” is to be pitched into the opening of 1984 and into a new appreciation of its literary, as opposed to political, power. The novel begins with Winston returning to his apartment block and its smells of “boiled cabbage and old rag mats.” Immediately, he’s called next door, where the atmosphere inspires a tour-de-force description: “It was shot through by a sharper reek of sweat, which—one knew this at the first sniff, though it was hard to say how—was the sweat of some person not present at that moment.” As Sutherland writes, “you need a nose that a bloodhound would envy” to pull that off.

Orwell had one. His French mother may well have played a role in cultivating its abilities during his early home-schooling days—the French, as Sutherland points out, have an entire aesthetic of scent the English largely ignore. But Orwell’s innate sensitivity was acute. In Burmese Days, John Flory always finds that the mingled scent of his concubine—sandalwood, garlic, coconut oil and jasmine—makes “his teeth tingle.” That’s a fine writerly detail, Sutherland acknowledges, but no metaphor: the trigeminal nerve does connect nasal and dental sensation, and it’s very likely Orwell’s teeth tingled more often and more strongly than most people’s.

The smell narratives are in Orwell’s political works too, especially as expressions of contempt: fake socialists are “drawn to the smell of ‘progress’ like bluebottles to a dead cat.” But they suffuse his fiction, creating its palpable shape and feel, from George Bowling (in Coming Up For Air) musing about the smells in old churches and what they add up to—“powdered corpses, really”—to the way the title character in A Clergyman’s Daughter could “taste in advance” the individual smells of every stop on her charitable rounds, including “the salty, feral” tang of old Mr. Tombs’s cottage. Small wonder, Sutherland judges, that Orwell kept himself wreathed in the protective fog of evil-smelling tobacco smoke that so hastened his death.