The writer’s life is one of transport, governed by the speed of others, says Madeleine Thien 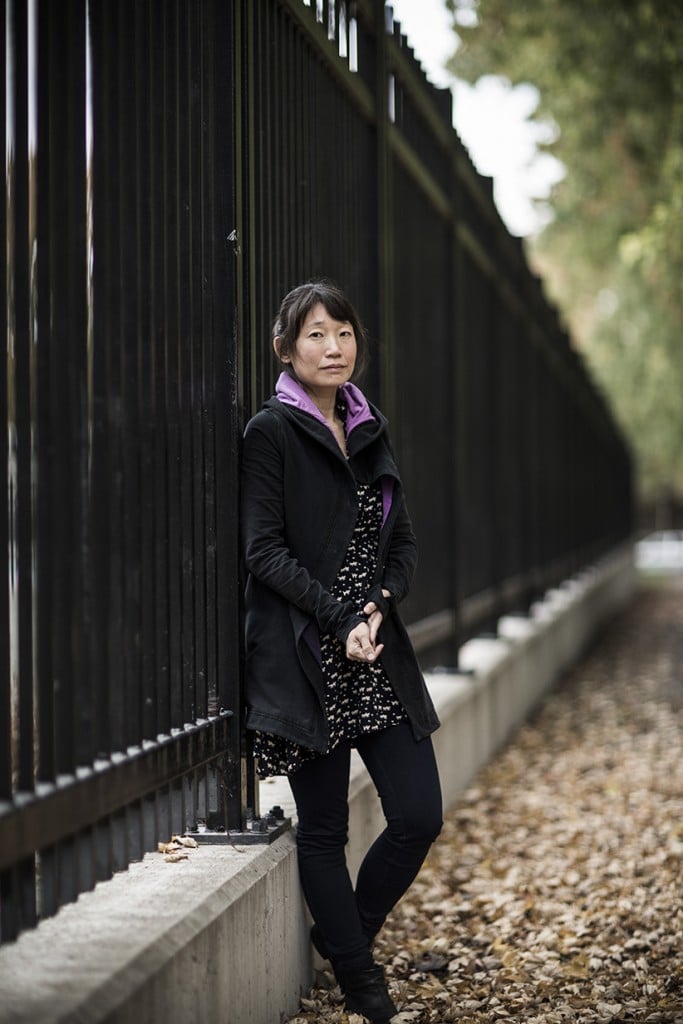 Canada’s most distinguished literary prize awards $100,000 annually to the best Canadian novel or short-story collection published in English. In this series, Maclean’s highlights the artistic process of the six nominees. Here, Madeleine Thien, author of Do Not Say We Have Nothing, discusses her commute—and what she encounters at the other end.

Madeleine Thien has her own understanding of the sensibility that led William Faulkner to one of his most celebrated quotes: “The past is never dead. It’s not even past.” The Montreal author, 42, doesn’t “see history as separate from the present moment,” and her novels, including Certainty (2006)and Dogs at the Perimeter (2011), all “play with time,” moving between present and past as though there was no such thing as the latter. Much like reality, notes Thien. “Everything I write about is 30, 40, 50 years ago—it’s all a cycle and it should resonate now.” And it does, she says, from rising xenophobia in Europe to “the return of public shaming in China.”

Thien’s new novel, Do Not Say We Have Nothing, handles her themes and techniques so well as to be one of the most critically acclaimed books of the year, a finalist for the Booker and Governor General’s awards (both to be decided on Oct. 25), as well as the Scotiabank Giller Prize (Nov. 7). It takes its beguiling story of intertwined families seamlessly from contemporary Canada through two episodes of vicious repression in China: Tiananmen Square in 1989 and the 1960s Cultural Revolution. Time moves forwards, backwards and even sideways throughout, all with the aim that anyone reading “who lived through those experiences sees a true echo of their times.”

MORE: Read an excerpt from Do No Say We Have Nothing

BY MADELINE THIEN · I’m on the bus now, from Ottawa to Montreal, a journey I’ve been doing regularly since September. Everything has changed in just a few weeks. It was still summer then, and the palette was one of many greens: agricultural land, corridors of deciduous trees, and a pale blue sky turning to daylight or to dusk.

The 7 a.m. Greyhound gets me to the University of Ottawa, where I’m writer-in-residence this semester, just after 9 a.m. I make use of the office of professor Ian Dennis, a novelist and scholar of Byron and the British Romantics. Writers—emerging, beginning, becoming—knock on my door and take a seat in the green upholstered chair across from me. We talk. The talk always journeys far away from us, as if the words they have put down on paper are a lid we lift off. The university deposits a modest salary in my bank account, which makes me gloriously happy and relieved. In between appointments, I try to bring to life the next novel I want to write, but at the desk all I compose are emails, a handful of tweets, the occasional but increasingly rare Facebook post. I read reviews of my new work, overcome by a see-sawing emotion that I try to flatten out, to stop myself from being transported, unnecessarily, away from the present moment. I wish there was some place to nap. I eat a lot of kale, an amulet that can protect me from illness and misunderstanding.

Professor Dennis has a thousand books, maybe more, and they surround me like a staircase, reminding me of when I was a child, when it felt as if I lived at the bottom of stairs, attending an elementary school that didn’t have a library. Every Friday morning, we had mass in the school gym; in the afternoon, we walked to the neighbouring library. I wanted the borrowed books to remain in the messy bedroom I shared with my sister, to conceal all the walls, topple onto our bed and gather, clandestine, beneath it.

To be in the rooms of others, and on Greyhound buses, on minibuses and motorbikes in Cambodia, on double deckers in Shanghai, on a 40-hour train to China’s western deserts, has been my writer’s life. It’s a life of transport in all its different forms, giving in to the speed of others.

The highway between Ottawa and Montreal is surprisingly beautiful. We pass the Larose Forest, man-made, home to 18 million trees. The changing of the colours reminds me of my friend, Emily Wood, who died too young, before finishing the novel that lived in her mind. We were roommates in Vancouver and Emily, a true Ontarian, always told me, “You’ve never seen the fall.” That too is the writing life: the season that doesn’t visit you, the one you discover later in life, and which brings back, momentarily, the people you love; the season which, even for those who have observed it from childhood, is never the same and infinitely new.

Writers know there is never such a thing as arrival. Only delays and onward journeys, connections, the bending of flight, time and movement, which is also a way of describing the imagination, which brings us to places we weren’t given at birth.

FILED UNDER: 2016 Scotiabank Giller Prize Do Not Say We Have Nothing Editor's Picks Madeleine Thien