About that video 'EVERYONE needs to see' 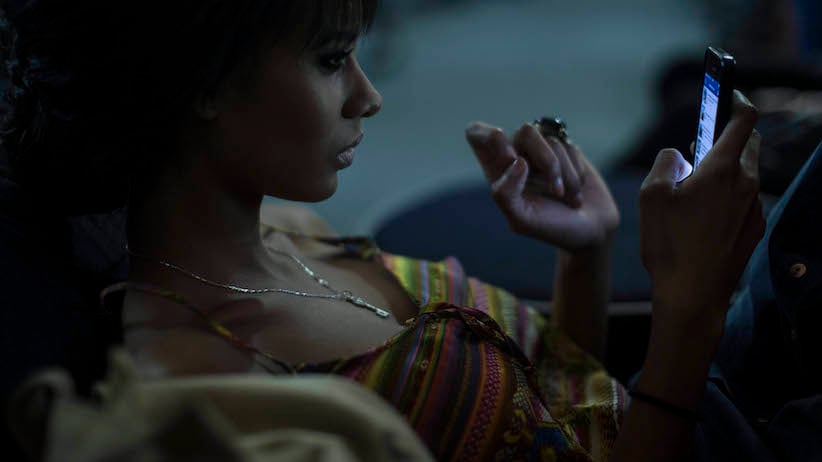 Late last month, Gary Turk, a self-described writer, director and “verbal projector” in London, England, posted a five-minute film to YouTube called Look Up about the soullessness of modern technology. The short is an awesomely corny cross between a Nicholas Sparks movie trailer and a Dr. Seuss poem. In it we see Turk standing against a black backdrop reciting a poem about smartphone addiction; his reading is spliced with staged footage of sluggish teens glued to their devices and Internet-era missed connections (a young man lost in the street looks down at his cellphone for directions instead of asking a beautiful passerby to guide him). The video ends with a bold request from Turk: “Look up from your phone,” he says, “shut down that display. Stop watching this video, live life the real way.”

Fat chance. Since its release less than two weeks ago, Look Up has gone ironically and predictably viral. It’s racked up more than 29 million views on YouTube and 133,000 likes. My Facebook newsfeed is currently littered with admiring and surreal meta posts about the film’s genius. “This is a video EVERYONE needs to see,” reads one. “For the first time in my life, I’m speechless.” Turk’s story of Internet-age pessimism may be the most popular of its kind currently making the rounds online but it’s nowhere near the most important.

There are legitimate reasons to re-examine one’s frequent Internet and phone activity but they have little to do with an addiction to Candy Crush or a lack of banter between strangers on a bus. They have everything to do, instead, with the erosion of privacy, specifically Bill C-13, the federal government’s attempt to access our personal information for no good reason. The Conservatives have long framed the bill, which enables authorities to request private user data about Canadians from corporations without obtaining a warrant, as morally prudent: how else can cyberbullies and so-called revenge pornographers be caught and charged? But the bill, writes Justin Ling in the National Post, also touches on “everything from stealing cable to catching terrorists and regulating hate propaganda.” What’s more, recent findings by the privacy commissioner show that in the year 2011, government agencies—which ones specifically we still don’t know—made nearly 1.2 million subscriber-data requests from telecom companies. That’s a heck of a lot of supposedly suspicious subscribers—especially in a country with a population as small as Canada’s.

Why the government made the requests and who serviced them is unknown, says technology writer Jesse Brown on his media criticism podcast, Canadaland. The big tech companies are being deliberately vague; they aren’t legally obligated to release a company-by-company breakdown of the data requests, so why would they? Their anonymity is especially strange, Brown argues, considering the possiblity that they may be consistently disregarding our own.
Stranger still, is that we aren’t too perturbed about this scenario.

Research obtained by Canadian Journalists for Free Expression and Nanos Research indicate that 60 per cent of Canadians would not change their Internet or phone behaviour if they suspected the government was spying on them. We are clearly fascinated by the secretly recorded outbursts of the morally bankrupt and grotesque—à la Rob Ford and Los Angeles Clippers owner Donald Sterling—but when it comes to the erosion of privacy among normal people at the hands of government and big corporations, we’re more or less ambivalent. It appears we’d rather share spoken-word poems on Facebook about the vacuous nature of social media than make a stink about the possibility that our government and the telecom companies that pander to it are taking advantage of us while we do. Brown attributes this lack of outrage to a lack of information. Canada has no Edward Snowden, whistle-blower equivalent; no detailed proof of who is spying on whom and for what reason. Every movement needs a hero and Snowden has become the Katniss Everdeen of the American privacy struggle. But our ambivalence may cut deeper than the absence of information, or old-fashioned Canadian complaceny. In fact, I suspect we’re less ambivalent than we are exhausted.

After all, tepid reaction to privacy erosion in Canada, or anywhere in the world, isn’t all that dissimilar to the ironic fanfare around Gary Turk’s very earnest anti-technology video. Both are, in a way, symptoms of the same disease: outrage fatigue, or what Alvin Toffler described as Future Shock, in the 1970s. When we’re constantly bombarded with brand-new dos and don’ts—“don’t look at your phone first thing in the morning,” “don’t trust the government”—resignation is arguably far easier than action.

Modern resignation—ie. with a social media twist—isn’t shrugging your shoulders and changing the subject. It’s equating mere acknowledgment of a problem with meaningful action. It’s tweeting Look Up instead of turning off your phone. It’s writing a Facebook post instead of an indignant letter to your MP. “Slacktivism,” a term popularized by Malcolm Gladwell, referring to the phenomenon of young people championing charitable causes on social media rather than advocating outside the home, is certainly not new. People will always find ways to be lazy and righteous simultaneously—to appear morally superior without taking any risks.