The meaning of Macklemore

From the archives: As another white rapper marches on at the 2015 Grammys, a look at the 2014 outrage over Macklemore 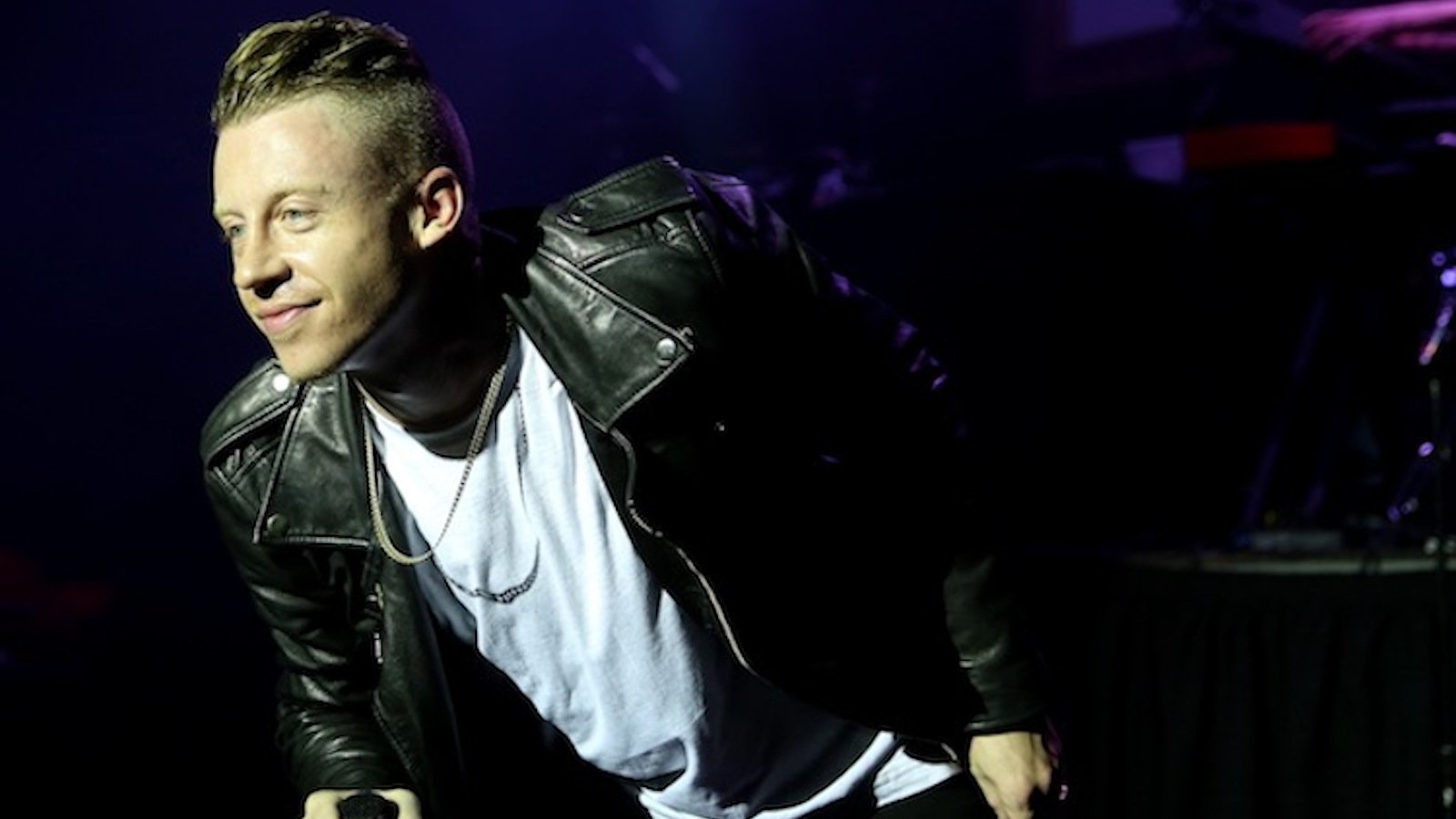 2014 is the year hip-hop made it. At least, that’s going to be a narrative coming out of the Grammy Awards. It’s a nice sentiment, to be sure. The odds-on favourite at this year’s awards, according to a slew of reports is the Seattle-born indie kid that could, Macklemore. But this narrative isn’t just too simplistic—it’s profoundly dismissive of a genre that has done nothing but establish itself against all odds as a vital cultural force.

No doubt, hip-hop is long overdue for recognition from the National Academy of Recording Arts and Sciences, and there are more big-name hip-hop nominations than normal; Jay Z got nine nods, Kendrick Lamar has seven, Drake earned four, and Macklemore and Ryan Lewis picked up three of the four elite categories, and two of the four Album of the Year nominations are hip-hop (Lamar’s absolute classic good kid, m.a.a.d. city is up for the prize, too). That’s despite the fact the Grammys didn’t even acknowledge the genre until 1989. Only two hip-hop albums have ever won Album of the Year: Lauryn Hill’s The Miseducation Of Lauryn Hill and Outkast’s blatant crossover effort Speakerboxxx/The Love Below. Artists have bristled at the disrespect, including 50 Cent’s 2004 stage-storming when Evanescence, not the G-Unit rapper, took Best New Artist. As A Tribe Called Quest emcee Phife Dawg once rapped: “[People] know the time when the Quest is in the jam/I never let a statue tell me how nice I am.”

So it’s a seductive narrative. And Macklemore may win yet. But he’ll never be able to really win, for these reasons outside of his control: his championing by the media, which missed the forest for the trees; the haters’ un-nuanced dismissal; and the harsh backlash inherent in terming yourself as “indie.”

In the one corner are the wide-eyed reports that cast Macklemore as remarkable because he raps about “conscious matters.” Implicit in this claim is the assumption that he’s the first to do it. Take this preposterous review, “Macklemore shows hip-hop doesn’t need to be homophobic, violent in Dallas concert,” by the Dallas News: “Macklemore proved that intellectual rappers don’t have be geeky or dull.” Odd that the same story does not apologize for dismissing the long, rich tradition of lyrical rappers with a message, from the aforementioned A Tribe Called Quest to Lupe Fiasco, from Pharoahe Monch to Jurassic Five, from Little Brother to Black Star. Heck, says El Jones, poet laureate of Halifax, spoken word artist and women’s studies professor at Acadia University, rap even began as a “good-time music, a conscious genre with political messaging,” but that was stripped out of hip-hop by record labels and replaced with thug life and gangsta rap because “that sells as authentic,” she says.

“That’s where the reaction is, a feeling that, why are black artists who are conscious never brought into the mainstream, but hip-hop is labelled as unconscious, and then there’s this promotion of this white artist as the white saviour, as though he invented conscious hip-hop, as though he’s the only one who’s not homophobic, as though black men can’t say these things that have a message.”

This kind of context-free coverage also does a disservice to Macklemore. Jones agrees that he should be commended for speaking out about gay rights, a topic that is rare ground for all genres. Some of the backlash has undoubtedly come from the natural tension that occurs when you throw stones in a glass house. But making Macklemore out to be some kind of herald for a new kind of hip-hop erases the intricacies that actually makes his music worth talking about in the first place.

And then, there are the haters. They’ve piled on, especially since his Grammy nomination. The reality about Macklemore is that he is not a bad rapper, and that he actually was something of a critical darling not so long ago, but that might surprise you based on social media reaction. Take, for instance, the response to his halftime performance in the National Football League’s conference finals game between the San Francisco 49’ers and the Seattle Seahawks:

Macklemore is reason enough to root against the Seahawks.
— Gene Demby (@GeeDee215) January 20, 2014

The worst thing about being a Seahawks fan is that it forces me to have something in common with Macklemore
— Andre Bishai, LLC (@andrebishai) January 20, 2014

Part of that is an offshoot of the third force that complicates Macklemore for us: the fact that his big album, The Heist, came out in October 2012, which is a long time to be prostrate in front of the short attention span of the cultural zeitgeist. His indie credentials make it worse: there is a point at which any artist who starts off as a no-name and gains accolades goes from a feel-good story to a sell-out. In the eyes of many, Macklemore has zoomed well past that point long ago. This built-in backlash for successful artists—a fundamentally silly thing—is rearing its ugly head.

But it’s hard to hold Macklemore solely to account. He never asked for any of this, and now his critics have catalyzed an image that’s not his own: that of a white kid pretending in a black art form, the sole champion of gay rights, a guy who is trying to be Martin Luther King when he quotes Martin Luther King. “How responsible is he for an industry that is based in racism?” questions Jones. “How responsible is he for audience responses? Or for the media? I don’t think he’s responsible, and to a certain extent, what can he do?”

Indeed: what can he do? Well, he can show deference and self-awareness, and he has. He wrote the song White Privilege, where he admits to benefitting from it and feeling guilt about his role in “gentrifying” rap: “I said I’m gonna be me, so please be who you are/But we still owe ’em 40 acres, now we’ve stolen their 16 bars.” He even says Kendrick Lamar should win Rap Album of the Year, not him.

He’s not the first white rapper (Blondie, remarkably), he’s not the most popular white rapper (Eminem, certainly), he’s not the first white emcee to rap about “conscious” issues (MC Serch, debatably), and he’s probably not even the most popular white independent “conscious” rapper from a small market (that title probably goes to Minnesota’s Atmosphere, or label mate Brother Ali, an oft-ignored forerunner of the tremulous ticks of Macklemore’s flow). But Macklemore has never asked to do anything other than succeed in the genre he enjoys most. He paid his dues and created a historic single that became the best-selling independent release in history. Why can’t we just acknowledge that as being a positive development as a whole, on its own?

But ultimately, the question of whether or not we’re comfortable with Macklemore winning is less important than whether or not he opens up lanes for up-and-coming rappers that the mainstream will now actually give a real shot. One, in particular, to keep your eye on is Angel Haze, an emcee named in XXL Magazine’s vaunted Freshman list in 2013, and who has a remarkable story to tell (a pansexual girl who grew up in an insular cult-like religious community, was sexually assaulted numerous times as a child, and wasn’t allowed to listen to music until she was 16). Her emotional mixtapes have gotten critics to notice, her debut album came out last month, and her uninhibited, almost painful-to-listen-to reworkings of Eminem’s Cleaning Out My Closet and, yes, Macklemore’s Same Love, are absolute must-listens.

“She’s somebody as a woman of colour, and a queer woman of colour, that’s been able to take these kind of male tracks and repurpose them, and that commentary she’s bringing, to me that’s hip-hop, that’s what hip-hop’s always done,” said Jones. “And I mean, Macklemore is part of this art, because Angel has been able to repurpose his songs and speak back and create these empowered responses. So that’s what needs to happen, that’s probably the right way to address it.”

Already, there’s an issue to fear: Haze’s album has not been selling. There’s no mainstream slayer like Thrift Shop on the record, sure, but if listeners are going to seriously claim that they’re inspired by Macklemore, if they believe in his message, then they owe Haze a listen, at the very least. Actions, after all, are stronger than words and sentiment.

If Macklemore does win on Sunday night, there’s a middle ground to be had here: to acknowledge that Macklemore is a good, not great, rapper who has toiled as so many others do in a small market, put out a fairly thoughtful and pretty remarkable album in 2012, and should be commended for speaking on gay rights, which previous rappers have not tackled to a huge degree. Heck, if we wanted to boil down his message to its most essential piece, isn’t his point that reason can rule the day? It’s hard not to believe that’s a good thing. Let’s hope we can remember that before we react to whatever happens Sunday night.

Adrian Lee will be live-blogging the Grammys on Macleans.ca. Join him on Sunday at 6:30 pm EST!