Musical conversations between two of the most famous Japanese artists 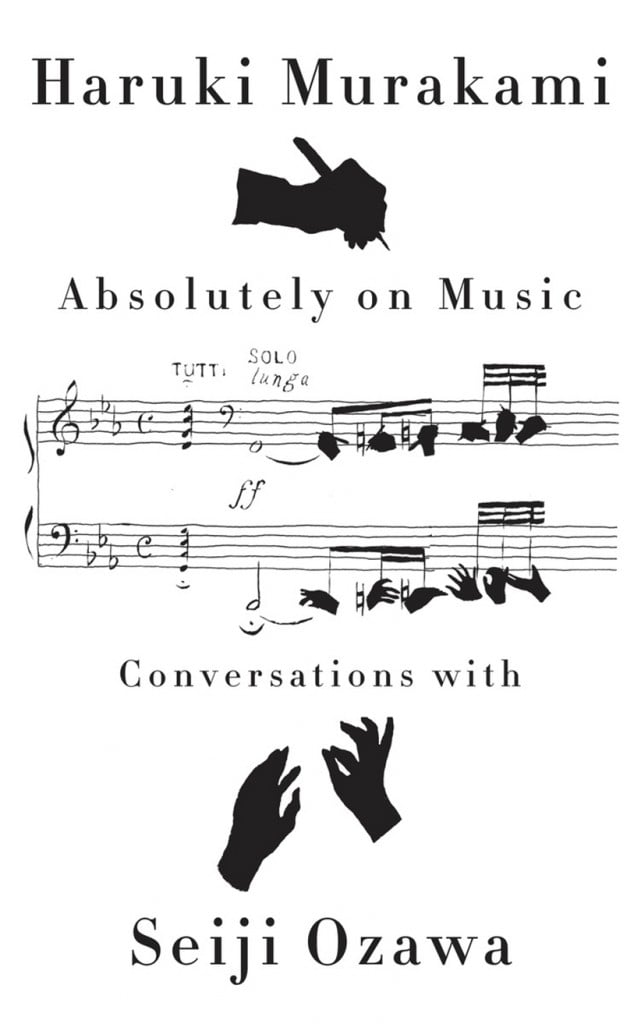 Cover of ‘Absolutely on Music’ by Haruki Murakam and Seiji Ozawa. (No Credit)

By Haruki Murakami and Seiji Ozawa

The high-culture shelf in the celebrity literature section gets a rare addition with this book, a transcription of conversations between two of the most famous (in the West) Japanese artists: writer Haruki Murakami and conductor Seiji Ozawa. Some expected Murakami to win this year’s Nobel, and Ozawa, whose 27-year run at the Boston Symphony was legendary, has influenced half a century’s worth of musicians.

Murakami asks the questions. He ran a jazz club in Tokyo in the ’70s and has already published two books on jazz, so he has the credentials of a serious listener. He appears to have one of the biggest collection of LPs on the planet—including, apparently, every album Ozawa has recorded. Despite this, Murakami calls himself a curious amateur (perhaps the standards are higher in Japan).

Murakami isn’t a hard-boiled interviewer; he’s more like a fan humbled to be let backstage, and his questions are respectful. The conversations, conducted over a year, offer a peek into the genteel valley between two well-developed cultures of restraint: classical music and Japan. Ozawa and Murakami discuss everything from going to Chicago blues clubs in the ’60s to how Ben Heppner made Ozawa break a finger, and which orchestras play Mahler properly. There are stories of Ozawa’s mentors Herbert von Karajan, Leonard Bernstein and Hideo Saito, but there’s less gossip than one might expect, with nothing more scandalous than the fact that Ozawa was once caught stealing batons.

While they talk, Murakami pulls out record after record, thinking nothing of comparing half a dozen renditions of a concerto. He seems more obsessed with classical music than the conductor is, and he peppers the transcript with notes describing exactly what’s happening in the music. It’s a meticulous account, including Ozawa’s exclamations of gratitude for snacks, as well as a dozen pages on French horn breathing techniques. Meanwhile, Ozawa comes off as remarkably unselfconscious. He even admits that he’s never considered why performances of written music come to sound so different.

Prose interludes, like Murakami’s description of a visit to Ozawa’s annual academy in Switzerland, let the record player rest. The change in rhythm is pleasant as the conversation often gets dense, and Murakami is obviously no dilettante. At one point he even reels off performance instructions to a specific movement of Mahler—from memory and in German.