How Dwayne 'The Rock' Johnson made sexiness great again

After a bruising campaign, a country now heals. Scott Feschuk looks back on the election of The Rock as Sexiest Man Alive 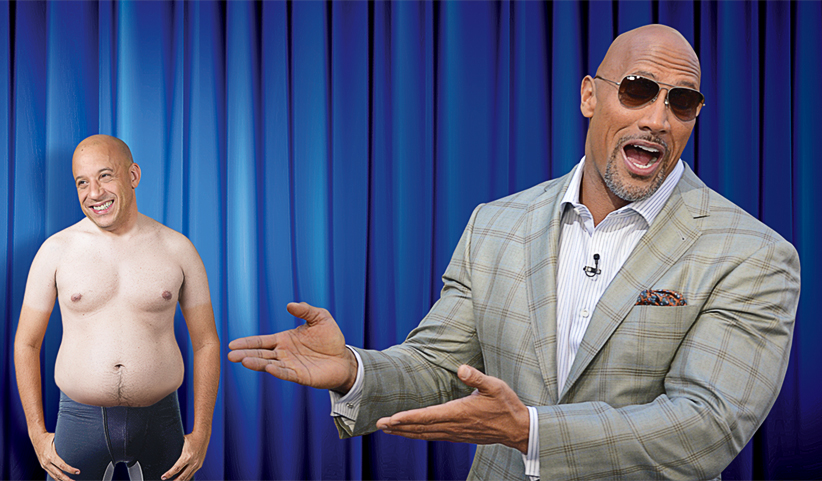 It’s been a long and combative year for the people of the United States. But after a divisive campaign, the choice has been made.

It’s time to move on.

It’s time to accept the fact that Dwayne “the Rock” Johnson is People’s Sexiest Man Alive.

Few pollsters saw it coming. Few predicted a bald maverick outsider could triumph over qualified establishment candidates like Benedict Cumberbatch, Ryan Reynolds and that sad-eyed pile of hair from Game of Thrones.

But the Rock defied the odds by eschewing lofty rhetoric, skin peels and most of his clothes. Instead, he simply promised to make America sexy again.

His policies were brazenly populist. Johnson pledged to crack down on crimes against fashion by instituting a 72-hour waiting period on the purchase of a fanny pack. He proposed steep tax penalties to halt the proliferation of hipster moustaches and Pharrell-style hats. And he outlined an ambitious plan to eradicate comb-overs in America by 2025.

He was also willing to go negative—very negative. His attacks during the primaries were especially vicious. Johnson relentlessly portrayed “Tubby” Vin Diesel as a pawn of the powerful Spanx lobby. When “Dorky” Bradley Cooper seemed on the verge of securing a second term as Sexiest Man Alive, the Johnson campaign unearthed an Access Hollywood video of Cooper on a bus. He was wearing a sweater made from 100 per cent acrylic. Cooper immediately withdrew from the race. There’s no coming back from that.

Throughout his campaign, Johnson made a virtue of his relative inexperience: “When the phone rings at 3 a.m., you want a Sexiest Man Alive who is prepared—prepared to crush that phone with his bare hands. I need that eight hours, bro. Can’t be sexy with bags under my eyes.”

But the key to Johnson’s victory was his vow to close American borders to sexy foreigners—in an effort to rekindle homegrown attractiveness.

“People like Jude Law and Orlando Bloom—they come here and they take away jobs and skin bronzer from decent, hard-pouting American men,” he said while pumping iron at the gym, where he held his campaign launch and also every other campaign event.

Buoyed by an enthusiastic response, Johnson railed against the sexiness establishment—saying that for years the elites had failed in their duty to protect Americans from camouflage cargo shorts and Javier Bardem’s hair in No Country for Old Men.

He vowed to deliver the real change required to make America instantly sexier—by building a wall around Jack Black’s house and applying a policy of “extreme vetting” against the entry into the United States of all chimichangas.

At a key juncture, his campaign was bolstered by a report in a prestigious scientific journal. It concluded that Johnson was, in a mathematical sense, too sexy for his shirt.

In recent days, the thrill of victory has given way to the realities of governing. Johnson takes office at a difficult time. America has spent the past decade embroiled in two costly wars (against mullets and baggy sweat pants). Plus, Kevin James is still a thing.

Indeed, most observers doubt that Johnson can implement his full agenda in one short year. They point to the administration of George Clooney, whose efforts to enhance American muscle tone were producing real progress—until McDonald’s brought back the McRib.

It therefore seems inevitable that his cabinet will need to pick up the slack. In particular, observers expect to see activist agendas put forth by Patrick Dempsey (secretary of hair), Burt Reynolds (secretary of chest hair) and Ryan Gosling (secretary of flexing and abdominal development).

As inauguration day approaches, the new Sexiest Man Alive is reportedly still at work on his speech. It is expected to be delivered between sets on the bench press.