Off the menu: 'Nymphomaniac' and 'The Lunchbox' 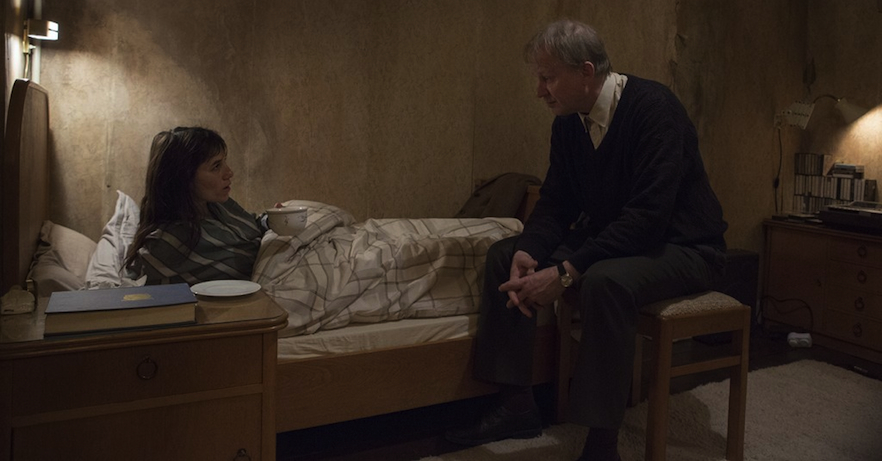 Opening this week are two very different films from foreign directors exploring various realms of the senses—Nymphomaniac, an outrageous four-hour opus from veteran Danish provocateur Lars von Trier; and The Lunchbox a modest gem from Ritesh Batra, a Mumbai-born writer-director making his feature debut. The Lunchbox, which premiered in Cannes and then resurfaced at TIFF, is lovely; you’ll find a brief review at the end of this post. Nymphomaniac, which I saw recently, may not be to everyone’s taste, but it offers far more food for thought. Sometimes I wonder if Lars von Tier was put on earth to make the lives of film critics more interesting. So let’s start there, apologizing in advance for a review that, like the movie, is longer than most:

Yet even in four hours, everything is not covered. The movie opens with a disclaimer that it is “an abridged and censored version” of the director’s preferred cut, which is said to run five-and-a-half hours. The current version has hard-core scenes, and more dicks than you can shake at a stick at, so it’s hard to imagine what got trimmed. Unless the actors’ non-speaking parts had to be redacted. The film, after all, ends with another disclaimer—that “none of the actors had penetrative sex and all such scenes were performed by body doubles.” We wouldn’t want a movie star’s mother to get the wrong idea.

The narrative spans the 50-year life story of Joe, a self-described nymphomaniac—played in her later years by von Trier vet Charlotte Gainsbourg (Antichrist, Melancholia), and as a young woman by 22-year-old newcomer Stacy Martin. Joe recounts her life in chapters (Lars loves chapters) to a kindly old bachelor named Seligman (Stellan Skarsgård), who has found her lying in an alley, bloody and bruised, under a fine snow falling from a night sky. No alley ever looked so good.

Scraping Joe off the pavement, Seligman takes her to his apartment, puts her in his pyjamas and tucks her into his monk-like bed with a cup of tea. She spins a bedtime story to beat the band, while he coaxes the details from her at a chaste distance. The narrative swivels between their tangential dialogue—which is platonic in every sense—and her carnal odyssey.

Gainsbourg, whose performance rules the film, is a fascinating creature. With her proud nose and hard gaze, she first strikes the punk posture of a middle-aged wild child, but in her voice-over in flashbacks, the intimacy of her soft-schooled English accent comes to embody the film’s tone of playful whimsy. 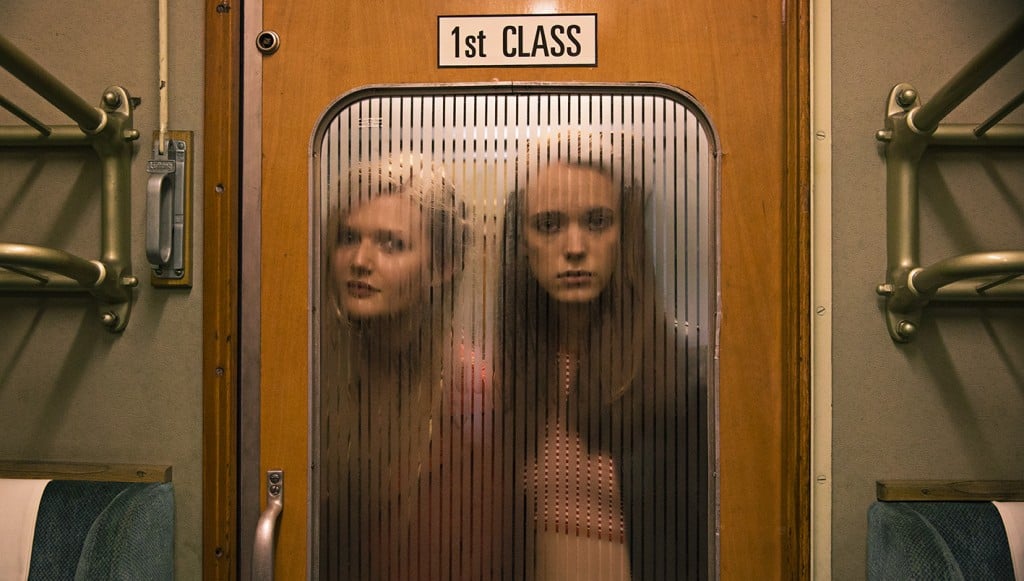 As our narrator, she plucks chapter headings out of her conversion with Seligman, sampling the art on his walls and the ideas in his head. She presents her life as a morality tale, inviting him (and us) to decide if she is a good person or a bad person. “I’ve consciously hurt others for the sake of my own satisfaction,” she says. “I discovered my power as a woman and used it without any concern for others.” But she says it with neutrality, as if it’s that’s not necessarily a bad thing for an empowered woman to do.

Although Joe finds no primal motivation for her obsession, she traces her urges all the way back to the age of two—then recalls a sexual revelation in later childhood, when when she and her girlfriend flood the bathroom floor and wet-hump the tiles. Moving right along, by 17, she and her pal are competing to see how many men they can have sex with on a single train ride. Claiming victory, Joe finds her vocation, and becomes a kind of vaginal vigilante. A sex samurai on a mission to chase down every last desire, vowing to leave no hole unfilled. 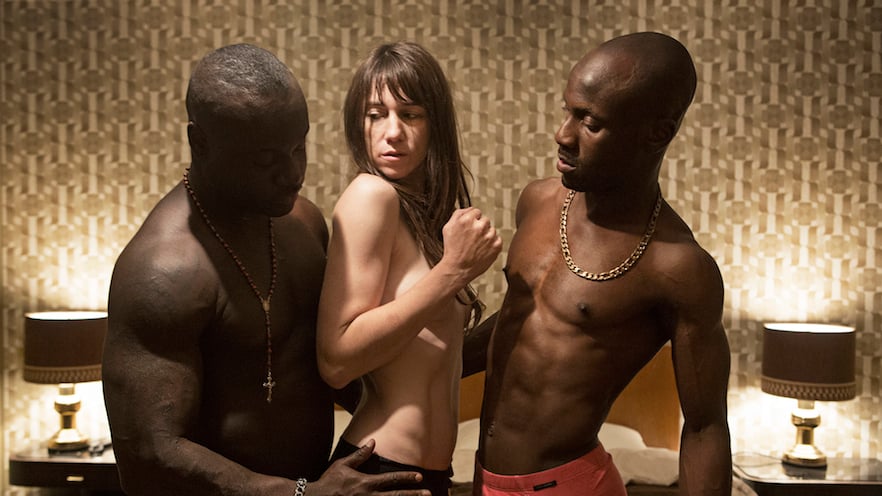 Perversely, the actresses who portray Joe only vaguely resemble each other. Stacy Martin is a blank slate of willowy beauty, who looks she could not grow up to be Gainsbourg,  though she bears a resemblance to her mother, Jane Birkin. Gainsbourg, who looks like the bony love child of Patti Smith and Keith Richards, conveys an intelligence that’s absent in Martin. And neither female lead seems related to the girls who play Joe as a child, whose eye colour changes from blue to brown. Clearly, von Trier couldn’t care less about such mundane details, and that’s part of his mischievous charm.

Because so many of von Trier’s films serve as torture chambers for female protagonists, the director is often branded a misogynist. Maybe. But there’s no question that the women in Nymphomania are stronger and  more sympathetic by far than the men. The film never does pass judgment on Joe’s morality, though at one point her cavalier home-wrecking brings on an explosive attack from an enraged mother played by Uma Thurman, in stand-alone scene of raw drama that would not be out of place in a Mike Leigh movie. 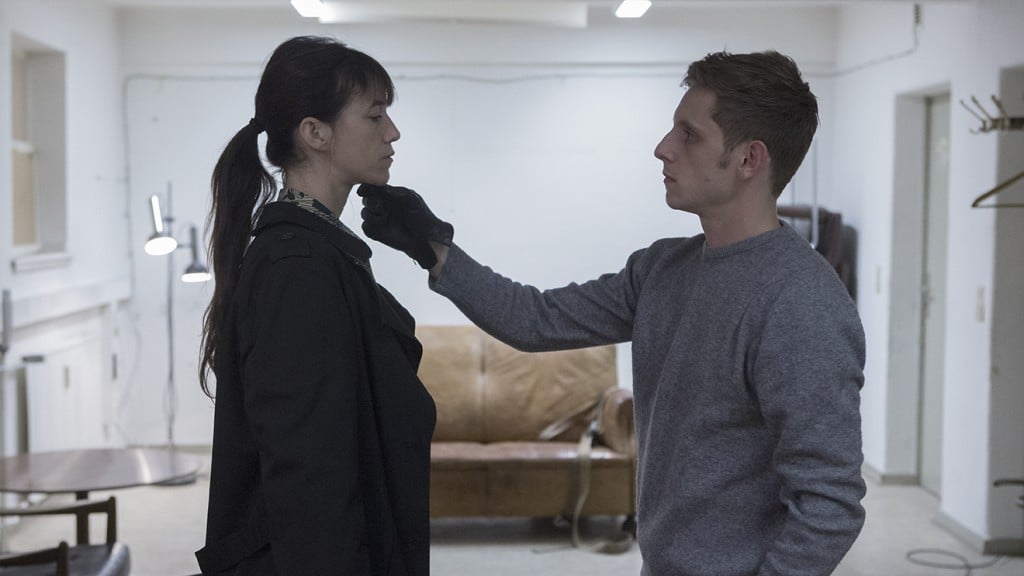 Gainsbourg and Jamie Bell in ‘Nymphomaniac’

The film’s one breezy feminist triumph occurs at his expense, when Joe humiliates him by taking the wheel of his luxury car and deftly parallel-parking it in a space that he swore was too small. Jerôme is a macho dolt, and LaBoeuf seems either lost in the role, or diabolically typecast. Hard to say if it’s the actor’s fault, or if von Trier just has no time for the men in his movie—aside from Skarsgård’s character, who could be the director’s surrogate.

Pale, cerebral and asexual, Seligman serves as a confessor/therapist, seeding Joe’s oceanic nymphomania with intricate philosophies of fly-fishing and numerology. He’s an egghead voyeur, an anthropologist in the house of lust. And their dialogue plays as an old-school standoff between the trampled flesh of female experience and cold-blooded male rationality. The old mind-body split. It’s an unfair fight. In a movie ostensibly devoted to sex, the mind blithely upstages the body again and again: nothing in the behaviour of von Trier’s heroine can be more promiscuous than his intellect. The title of the film employs a telling typographic twist:  Nymph()maniac. Splitting the ‘o’ into bi-polar brackets, von Trier has given us a Story of O cracked right down the middle.

Along the way, he teases us with digressions, the more politically incorrect the better. At one point, Seligman tries to defend the use of the word “Negro,” and at another confesses he can “sympathize with the 95 per cent of pedophiles who never act out their fantasy.” He also muses about his possible Jewish heritage, something Von Trier himself did at a Cannes press conference in 2011, where he set off a massive controversy with a casual remark: “I’m a Nazi.”

Perhaps the most self-referential of all his films, Nymphomaniac is strewn with homages to the director’s own work. As a toddler is about to toddle off a balcony into the snowy night, von Trier riffs on the macabre scene of innocent freefall that opens Antichrist. And he takes pleasure in questioning the credibility of his own movie, as Seligman pokes holes in Joe’s story—our unreliable narrator sponsored by an unreliable director.

Increasingly, von Trier treats his films as a kind of Emperor’s New Clothes drag act. Even when the psychology of his characters remains opaque, he displays the willful transparency of an exhibitionist. But no matter how old this emperor’s new clothes get, his naked truths remain more penetrating than most.

Is Nymphomaniac self-indulgent? Of course. That’s the whole point. It’s what we’ve come to expect when we show up to see what fresh hell von Tier has come up with next. And because the taboo-busting business is an inflationary racket, he has no choice but to raise the bar each time out. But if you don’t mind being suspended for four hours between the Elsinore maze of von Trier’s  brain, and the sangfroid submission of a woman’s body, there are worse ways to spend a Sunday afternoon. (By the way, if you choose to see just one of the film’s two volumes, the first is the strongest. But if you want to pay for the whole package, I suggest you go for total immersion, and see them back to back.)

As for The Lunchbox, just because I don’t feel compelled to update this capsule review from TIFF doesn’t mean this film isn’t good. It’s sublime. In fact, unlike Nymphomaniac, which is likely to polarize audiences, I can safely recommend it to just about anyone. 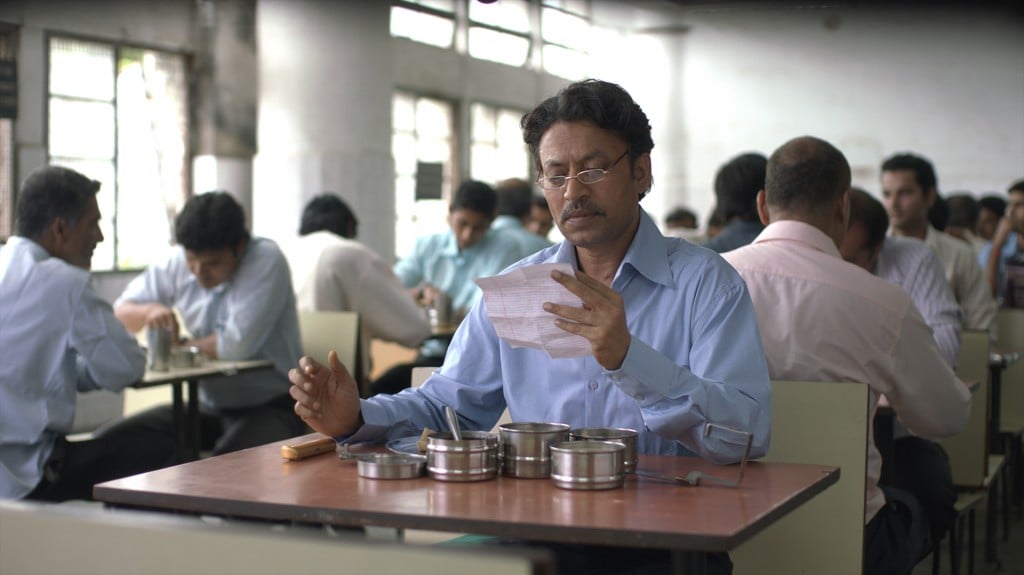 In this modest yet beguiling feature debut by Mumbai writer-director Ritesh Batra, a misdirected lunchbox becomes a vehicle for an epistolary romance. Ila (Nimrat Kaur), a neglected middle-class housewife, tries to spice up her marriage by taking special care with the lunch she prepares each day for her distracted husband. The delivery ritual alone is something to behold. Each day in Mumbai, some 5,000 lunchbox couriers deliver hot meals in modular canisters to workers around the city. But Ira’s payload keeps ending up in the wrong hands, landing at the desk of a moody widower named Saajan (Irrfan Khan), an insurance claims accountant who is about to retire. Saajan is seduced by the food, and begins exchanging letters with Ira, which are ferried back and forth in the lunchbox. Khan, a Bollywood star best known to the West for Slumdog Millionaire and Life of Pi, is a droll, quietly charismatic presence, conveying as much in moments of reflection as with dialogue. Though the narrative unfolds as a minimalist fugue, the film beautifully shot, a lavish slice of life a city thick with trains and traffic and star-crossed destinies.