I used to dress up as Ms. Marvel for Halloween. Now I play her on TV.

“Marvel was all I ever talked about,” says Iman Vellani, a comic book fan from Ontario turned on-screen superhero 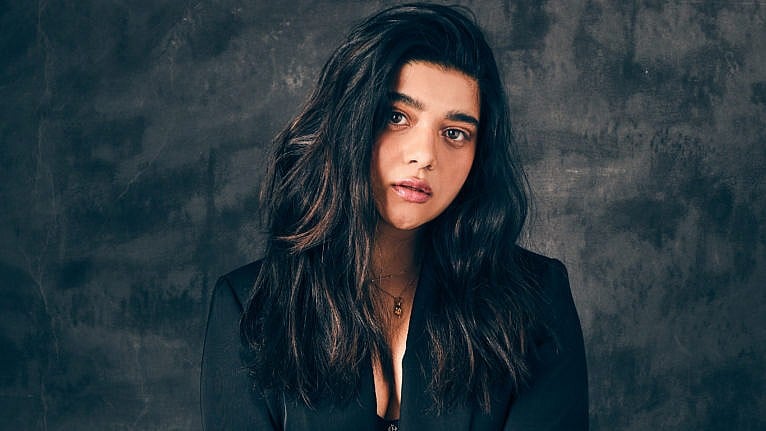 In September 2020, Iman Vellani was an 18-year-old comic book fan living with her family in Markham, Ontario. She loved movies and participated in high school theatre, but on the whole, she did not seem to be headed for Hollywood. Then a casting call surfaced on WhatsApp for Marvel’s teenage superhero Kamala Khan, and Vellani’s enthusiastic audition won her the part.

She plays the lead role in Ms. Marvel, a Marvel Cinematic Universe miniseries airing on Disney+ and premiering on June 8, created and co-written by British-Pakistani comedian and screenwriter Bisha K. Ali. The character is the first Muslim and Pakistani superhero in the MCU.

I spoke with Vellani about how her life has changed since she got the part and what it’s been like to share a journey of rediscovering her roots with the character.

Tell me how the part came about for you.

I was a huge Marvel fan in high school. My school was right across from a comic book shop. I’d often go there to read the Invincible Iron Man comics. I came across an Iron Man comic that had Kamala Khan on the cover. I was like, “Oh my God, who is this brown person?” I just fell in love with her. I dressed up as her on Halloween. Then somebody forwarded my aunt the casting call for Ms. Marvel on WhatsApp. She sent it to me and I went for it. On my last day of high school, I found out I got the part.

How did your family react to you getting the role?

My parents have been supportive from the beginning. They were so happy when I got the part. Right before my audition, my mom got me a Ms. Marvel doll. I have the doll sitting next to my action figure from the show. It’s a full circle moment.

Whether I was going to do it wasn’t even a question. Marvel was all I ever talked about in my daily life. My parents would never have considered taking that away from me. Just seeing how passionately I talked about my work made them happy. They ended up meeting everyone I worked with, which gave them peace of mind.

In what ways has your life changed since then?

Now I have a job and I’m making money. That’s cool. I’m paying my own phone bill, which was a big step. I’ve been working with so many adults that I’ve had to grow up quickly in the last couple of years.

Some things are still the same. I’m in touch with my three best friends from my high school drama program—they came to a screening of the show in Toronto. I travel a lot, but I stay in Markham a few months a year. I’m living with my parents at the moment. I like being babied. It’s nice to have them take care of me. Plus, my mom cooks a lot of good Pakistani food.

Why were you drawn to Kamala Khan?

I felt like this comic book was written about me. The directors encouraged me to put a lot of my own personality and quirks into Kamala, and I think it paid off. She comes across as real, charming and relatable. I mean, I don’t want to take all the credit, but I’ll take some of it.

The comics didn’t focus on Kamala’s identity as a Muslim Pakistani girl. Those things were just a part of her life. Ms. Marvel is really about allowing fans to live in fantasyland. It’s cool to imagine a fan getting superpowers. I was living vicariously through this character.

Growing up with immigrant parents, sometimes you feel disconnected from your culture and roots. Kamala feels that way in the show and I can relate to that. Growing up, I didn’t think it was cool to be Pakistani or Muslim because I never saw those parts of me represented anywhere.

I went on a journey similar to the one Kamala does on the show. She learns about her ancestry and using the teachings of Islam as her moral code and guiding voice. We kind of reconnected with our roots together. It’s really cool that I got to share that with her.

How much did you think about representation before Ms. Marvel? What does it mean to see yourself—in more ways than one—on the big screen?

Before the comics, I didn’t realize that representation was something I was missing. It’s like someone finally held up a mirror in front of me, and I’m like, “Oh, that’s what I look like.”

It’s just so important to feel seen. Film and TV really do shape how we see people in the world. I hope this show can do for other people what the comics did for me, and that we can get the ball rolling on more representation of Muslims in mainstream media. I think the show is going to shift perspectives of how we see Muslims and Pakistani people.

What was it like to start acting with such a big role? Do you think you’ll stay in the industry?

Growing up, I didn’t think I’d become an actor. High school theatre doesn’t even begin to compare to Marvel. I’m learning as I go. I’m like a sponge, absorbing all this knowledge. This is essentially the greatest crash course on film I could have ever gotten.

Acting is working out pretty well so far. Ever since this role came to me out of the blue, I’ve decided I’m no longer going to try to predict my future.