In appreciation of Philip Seymour Hoffman

He was simultaneously what we wanted to be and what we were, and so good at both that we barely even registered his face 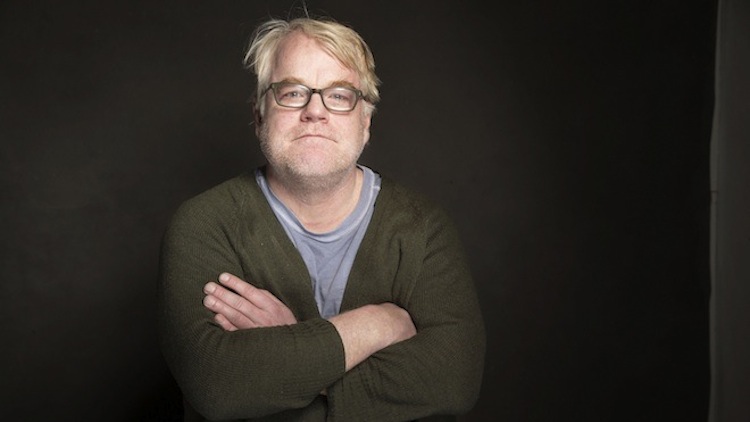 Certainly, that appears to be a common feeling today, even though it should be quite uncommon, this outpouring of grief for a celebrity. The vast majority of the scores who are today mourning Philip Seymour Hoffman, who died at the age of 46 in his Manhattan home, never once met the man. A huge proportion of those who are feeling real hurt over the loss of an actor have likely seen no more than a handful of his roles; given the number of supporting roles he inhabited, chances are most people have only engaged with Philip Seymour Hoffman for a few hours at most.

And yet, it hurts. But then again, isn’t that the finest footnote of them all of an actor so prolific and gifted that he was simultaneously in and profoundly removed from the lives of film-watchers everywhere?

Hoffman’s death hurts us because he wasn’t merely one of the greatest and deftest actors of this generation, it hurts because of the kind of actor he was. He was the beige of our cultural wallpaper, the postman on his regular route, the bus driver that picks you up when you leave work, the friend of a friend you hung out with on occasion and you wish you saw more of than you did. He was a grand tabula rasa of sentiments we could understand–the fatigue hanging in cots off his eyes, the repression of our wildest emotions–that honed them into crackling portraits that we didn’t sense until after the lights went up and the smell of the buttered popcorn faded away, because there were parts of us all within them. He stands in for you and I when he plays the nice-guy male nurse in Magnolia. When his Lebowski-brothers-mediating character Brandt bursts into laughter, that’s our cue to acknowledge the self-aware absurdity of Bunny Lebowski’s $1,000 sexual proposition. When his weak-minded teacher in Spike Lee’s 25th Hour is teased for his illicit lust for his student, we saw his outsized taupe jacket and the way he held his body and wished against all odds that he would figure it out.

He was just there, and now he isn’t. This hurts because it’s the sudden gut-punch that his acting often eschewed because these were instead surgical performances that twisted slowly inside you, like a blade you didn’t know had even been slipped into your body–performances that embroidered themselves into your mind. He was a character actor nonpareil in an industry that still views that descriptor as being somehow lesser. Lesser, somehow, even though he admitted on many occasions that some roles pushed him to his mental brink; lesser, somehow, even though he devoted months to training even the most subtle muscles in his throat and body to acting like Truman Capote for a performance that would win him an Oscar, the only one of his career, unfathomably. He is Daniel Day-Lewis, but with a magnetism that lies in his cosmic smallness, rather than in elaborate grandeur. In his hands, small details felt immense and magnetic, perhaps never more so than in Synecdoche, New York, that neuroses-riddled meta-fiction that made auteur Charlie Kaufman feel a part of Hoffman’s performance, where the details were, indeed, the devil. Even Philip feels like just the right kind of name for him, just Phil, that guy Phil in those movies. Maybe some of us saw that Phil was going through some drug problems, but no, he’d get over it, those things happen to other people, not Phil. We don’t know for sure whether or not Hoffman died by hard drug overdose. But the exceptionalism of the alleged circumstances, there’s a shock in there, too.

And when he did play extremes, you couldn’t stop watching, either: a cult leader with a planet-like presence and gravitational pull in The Master; an explosive, callous manager in Punch Drunk Love who turns “shut up” into a spell-binding incantation; an irresistible one-man fraudster in Owning Mahowny; even a genuinely terrifying villain in a blockbuster action franchise in MI:3, something so rarely achieved.

He was simultaneously what we wanted to be and what we were, and so good at both that we barely even registered his face. When Hoffman died, more than 60 people died too. It’s why no doubt you’ve seen on Twitter that real-life music critics are quoting Almost Famous as if it’s a hymn to the dead, grieving the passing less of Hoffman and more of Lester Bangs, who said that real friends were merciless, and that the only true currency is what you share with someone else when you’re uncool; when Hoffman died, our thoughts turn also to the hope that Boogie Nights‘ lovelorn scamp Scotty J found salvation in the end.

He was there, and now he is not. Beige the walls may be, but the walls still hold up the house.

“There’s part of me that feels that way during almost every movie. On ‘Synecdoche,’ I paid a price. I went to the office and punched my card in, and I thought about a lot of things, and some of them involved losing myself. You try to be artful for the film, but it’s hard. I’d finish a scene, walk right off the set, go in the bathroom, close the door and just take some breaths to regain my composure. In the end, I’m grateful to feel something so deeply, and I’m also grateful that it’s over.” He smiled. “And that’s my life.”

– Hoffman, in The New York Times