In conversation with Barbra Streisand: 'Rage is a motivator'

In a rare interview, the multitalented artist talks about raising better boys, the politics that informed her new album 'Walls', and how she inspired Pierre Trudeau 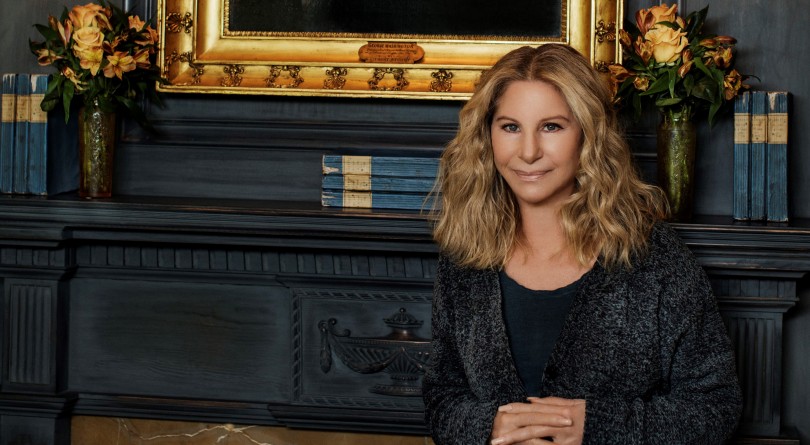 Over the course of her prolific career in music and film, Barbra Streisand’s output has always reflected her unique point of view. That includes her Oscar-winning performance in Funny Girl and her turn in 1976’s A Star Is Born, which has been remade to great acclaim with her role played by Lady Gaga. And of course, there are her 35 studio albums, 11 of which topped the Billboard charts—the most of any female recording artist, ever. But none of the 76-year-old’s contributions have been quite as socially conscious or explicitly political as her latest record, Walls. This new album, which features the first original songs she has written since 2005, takes on U.S. President Donald Trump and the injustices that Streisand sees in the world today. In an interview from New York City, the Democrat tears into the issues that built Walls.

Q: What current events prompted you to start writing and recording a full album after a 13-year hiatus?

A: It was the 2016 presidential campaign. Watching this very cruel person insulting women—especially Hillary Clinton—get elected . . . it crushed me. I had really hoped Hillary would win. It didn’t make sense. A person who lies incessantly, has no government experience and doesn’t seem to have any compassion or humility becomes president of the United States? My worst fears came true. It is my duty to offer my voice and my soul to this situation.

Q: The opening song of  Walls—”What’s on My Mind”—reflects a speech you gave at Harvard in 1995, in which you spoke of how right-wing agendas threaten the truth, and how artists should be viewed as tax-paying, patriotic citizens who must be heard during trying times. Is this track linked to that line of thinking?

A: Oh, yes. It took me three months to write that speech. I thought I was going to faint because there was so much press there. I spent the day before talking to students and going to Laurence Tribe’s constitutional law class. I always wish I’d gone to university, but I was too committed to being an actress, even though my father was a teacher.

Q: Was there anything in the speech or song that you wish you could have further conveyed?

A: Teddy Roosevelt wrote this at the turn of the [20th] century: “To announce that there must be no criticism of the president or that we are to stand by the president right or wrong is not only unpatriotic and servile, but is morally treasonable to the American public. Nothing but the truth should be spoken about him or anyone else. It is more important to tell the truth, pleasant or unpleasant, about him than anyone else.” I believe in this and the values of America.

Q: In your song “The Rain Will Fall,” one lyric promises that “rage will break it down.” How does one effectively channel rage so it isn’t dismissed?

A: Rage is a motivator. It helps to cleanse your veins of pressure. It actually motivates you to do good, in a way. I said to somebody I once lived with, who exaggerates about everything: “The truth is enough. The truth is powerful.” As an actress and director, the real moments are the ones that transmit from somebody’s heart to another heart.

Q: At what age did you begin to learn how to channel your rage properly?

A: I was very motivated by something I read when I was 16. It’s a book called The Quintessence of Ibsenism, by George Bernard Shaw. What stayed in my memory was, “Thoughts transcend matter.” I believe in the power of the will and being kind. That’s why the last lines of What’s on My Mind are, “What happened to just being kind?” But I don’t know if you can teach anyone to be kind.

Q: You also sing about children in “What’s on My Mind,” and how “every child should have a right to shine.” As a mother and as someone who has written about toxic masculinity, how can parents help the idea of manhood evolve?

A: Allowing empathy . . . and feeling compassion. When my son Jason was four, I remember being on a show and talking to him about a movie I’d like to [remake] called Third Time Lucky. In the film, there was this relationship between a mom and her son. The son is trying to be stoic and help his mom. He burns himself cooking something for her and doesn’t cry. I wanted her to say to him, “Why aren’t you crying? You should cry! This hurts, doesn’t it? You can cry.” I think this is what hurts me the most about Trump: his influence on what children see and hear and possibly emulate. It is the kind of behaviour that produces sexism and racism.

Q: In “Better Angels,” you sing: “Time to rise up.” What filmmakers and musicians should we be exploring in terms of their protest work?

Q: Would you consider Walls to be your protest album?

A: I don’t understand labels, so I won’t give it one. It’s the same with me when it comes to men and women. I hope it has a universal message. It’s not just a protest album. It’s a combination of despair and hope. 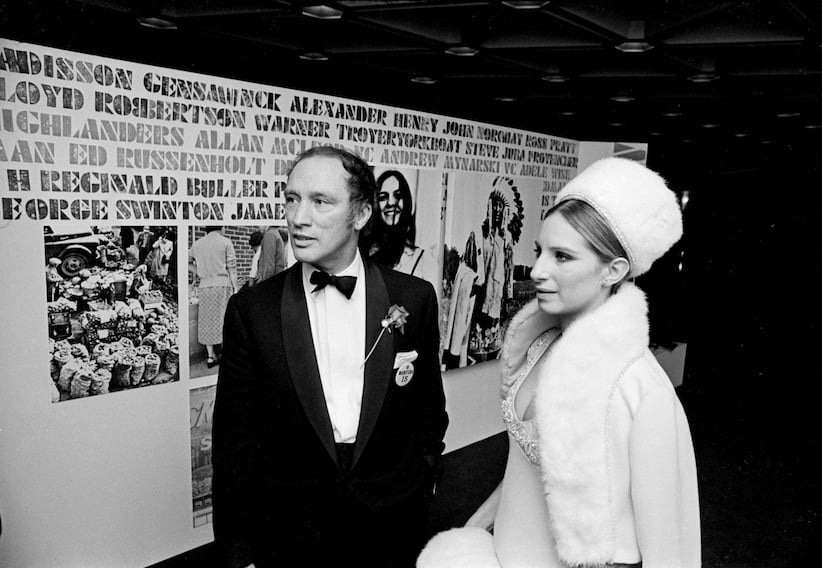 Q: Your relationship with Pierre Trudeau is an intriguing meeting of the minds. How did you influence each other during his lifetime?

A: I introduced Pierre to Art Deco architecture, as I was building an Art Deco house at the time and he was intrigued. He surprised me by buying a real Art Deco residence [shortly after] . . . it was Cormier House. I never did get to see it while he was alive. When my husband [actor James Brolin] was filming in Montreal, I went to visit him. I got a hold of Justin [Trudeau]. That’s actually how I met Justin—he was showing me his late father’s Art Deco house.

Is there something you think the U.S. could learn from the Prime Minister’s strategy of having a gender-balanced cabinet?

A: Definitely. Women represent 51 per cent of the population in America. Why aren’t we represented by more than 19 per cent? It’s not fair. Trump doesn’t like women, I don’t think. He assaults them physically and emotionally and with his words. Justin is the opposite. He loves his wife and his children and he’s so fair about women. It’s commendable what Justin is doing in Canada in terms of equal representation.

Entire essays have been written—including from critics like Camille Paglia—about how you revolutionized gender roles.

A: She saved me once. She responded critically to a New York Times piece that put me down after I sang at Bill Clinton’s 1993 inauguration. I wore a man’s suit because I love the combination of the feminine and masculine. I love it in architecture, as well—I put pink velvet on my masculine Arts and Crafts furniture. I’ve always loved that combination. I asked Donna Karan to make me a long skirt with a slit out of dark-grey pinstriped wool. I wanted a vest. I wore diamonds with it. The New York Times—Anne Taylor Fleming—wrote a terrible piece. She said I was doing something wrong because I was selling sexuality. This is what Camille Paglia wrote: “Barbra Streisand did not deserve Anne Taylor Fleming’s censorious, schoolmarmish putdown of her inaugural gala suit.”

Q: What irks you most about the whole practice of fashion policing?

A: It’s the way they talk about women’s clothes rather than their performance or their minds or what they have to say. Fleming called my outﬁt the “peekaboo power suit.” Paglia responded: “Will there never be an end to this genteel, middle-class prudery in America? Barbra Streisand looked spectacular. Radiating molten sexuality and stunning artistic power, she nearly upstaged President Clinton. She was all man and all woman. I was delirious.” Isn’t that fantastic?

What would you say were the biggest hurdles in early projects such as your TV special My Name is Barbra? You refused so many things like dancers, stars, all the schmaltzy stuff. Why not share the bill when you debuted?

Q: Listen, I felt totally uncomfortable then. I wasn’t charming enough. I wasn’t Dinah Shore. I couldn’t be a hostess. I knew I had to do what felt right to me and for me. It had to be a one-woman show. My manager [Martin Erlichman] was great. He got me artistic and creative control. Nobody had to tell me what to do. I said, “Marty, I don’t want to be told what to sing or what to wear. If you can make a deal like that, I don’t even care about the money.” I couldn’t even tell you what I made from anything. I remember my first salary was $108—I was singing at the [New York nightclub] Bon Soir [in the early ’60s]. It allowed me to pay the rent. Artistic control still means everything to me.

“Love’s Never Wrong” speaks to the #loveislove phenomenon, even amid reports that the Trump administration is taking aim at transgender Americans with its reported plans to change gender designations to only reflect the sex assigned to someone at birth.

He’s trying to divide our nation and the world. That’s what’s so scary. Diversity is proven to be our strength. To say people are how they are because of how they were born—it’s that thinking that is wrong. I believe different shouldn’t be judged by any other kind of meter. Statistically, in terms of genome studies, people have 99.9 per cent of the same genetics. We are alike. We all want peace and happiness and family and love and understanding.

MORE ABOUT IN CONVERSATION: