The hit film from the director of 'Up' revives Pixar's simple but winning formula: originality 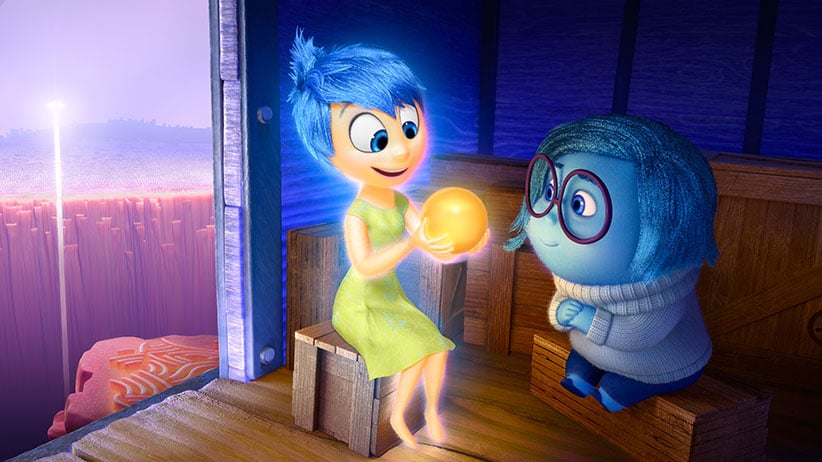 Remember The Simpsons episode where Kent Brockman says critics have been waiting for years for The Itchy & Scratchy Show to stop being funny? That’s how some of us felt about Pixar. For 20 years, we’ve been waiting for the Pixar fad to be over, just so we could say it was over. When Disney bought the company, I, along with other people, speculated that this might be it, the moment of irrevocable decline. (People who prefer hand-drawn animation, like myself, will always have some Pixar characters on our personal dart boards.) And now, Inside Out is here, and it’s likely to become one of their biggest hits, despite competing head-to-head with Jurassic World. So much for that decline phase.

If anything, Inside Out may mark the end of a decline phase for Pixar. The studio hadn’t made a truly breakout original film since 2009’s Up, from the same director, Pete Docter. After that, it was mostly sequels: a well-received one in Toy Story 3, a cash cow in Cars 2. Its only other original in that period, Brave, was notable for being the first-ever Pixar film with a female lead, but it didn’t do particularly well, and fell into the usual animation trap of making the lead a Strong Female Character instead of a strong female character. Other studios, including Disney’s in-house studio, had learned enough from the Pixar formula to beat Pixar at its own game: Once Disney abandoned traditional animation, it was able to combine elements of Pixar with the classic Disney fairy-tale musical in Frozen, a film people were talking more about than any Pixar movie.

Related: How Inside Out is turning kids’ movies on their head

But Inside Out is a real hit, and it’s getting a lot of praise for finally making a Pixar movie with something to say about what it’s like to be a girl. In some ways, the change in Pixar subject matter may reflect the age of its key creators: Docter has been directing at the studio since 2001’s Monsters Inc., but he’s a father now, and got the idea for Inside Out by observing his own daughter. The young men of Pixar have become middle-aged family men, and Inside Out may demonstrate how the company’s perspective can change with the perspective of its creators.

It may also demonstrate that Pixar is usually going to have more impact, at least culturally, with original films. One of the things that made Pixar unique was that it was committed to truly original stories—no adaptations from other media, no fairy tales. It was one of the many ways it distinguished itself from Disney, which mostly does adaptations. But sequels dilute the commitment to originality somewhat. The Toy Story sequels were rapturously received, but even they were made mostly to prevent Disney from making the sequels in-house; that commercial motivation is obvious in its other sequels, and one of the big sources of disappointment in Pixar was that it caved to pressure and put The Incredibles and Finding Nemo sequels into production. The sequels may make money, but it’s the stand-alone movies that ensure Pixar’s reputation.

Even with Brad Bird coming back to the studio to do The Incredibles 2, then, Pixar may still get the most cultural impact, the sense of being ahead of the curve, from original movies—particularly somewhat personal ones such as Inside Out. They’re the movies that will keep Pixar from seeming like a nostalgia retread company. They’re also the movies that will make sure that, even though Brad Bird wants to do a hand-drawn animated movie again, no one will ever let him do it. Because, 20 years after Toy Story, we’re all just little voices in Pixar’s head.

FILED UNDER: Disney Editor's Picks Inside out pixar