Is Steven Spielberg washed up?

His films still make money, but is this the mind that gave us Jaws and E.T.? 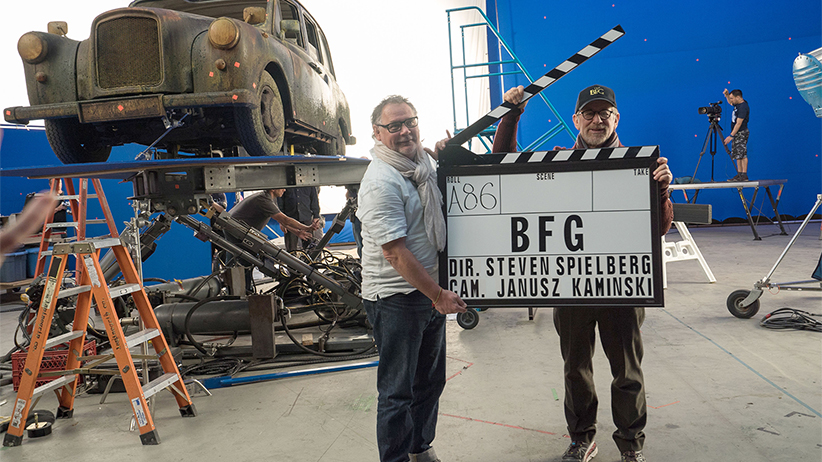 In theory, this is a great time for Steven Spielberg. The director’s movies almost always make money, and his new film, The BFG, doesn’t seem likely to be an exception. And yet the man who reshaped movie history with such hits as Jaws and E.T. isn’t as big a deal as he used to be. A Spielberg movie rarely becomes a true pop culture phenomenon these days, and journalists need to spice up Spielberg stories with references to other people’s movies: a recent headline read, “Steven Spielberg: ‘I’ll never direct a Star Wars film.’ ”

Arguably Spielberg’s biggest year was 1993, when he released both Jurassic Park, a blockbuster that revolutionized the use of computer-generated special effects, and Schindler’s List, his best-received attempt at a grown-up film. In recent years, he’s continued to alternate between popular and serious movies, but the results haven’t been quite as impressive. His more commercial entertainment films have been profitable but not on the level of a Star Wars or Avatar, and at least one of them, 2008’s Indiana Jones and the Kingdom of the Crystal Skull, may be best known for inspiring a vicious parody: a South Park episode about how much fans hated it.

When it comes to the serious work, he hasn’t won an Oscar since Saving Private Ryan in the late 1990s. Not even for Lincoln, a movie that was clearly Oscar bait. His recent movies haven’t had the same kind of impact on the broader culture. Filmmakers and comedians constantly pay tribute to scenes from Jurassic Park or Close Encounters of the Third Kind, but newer movies like War Horse or War of the Worlds have come and gone without leaving famous scenes or quotes behind. Since 2002’s Minority Report, Spielberg has made a lot of well-liked films, but few films popular enough to steal from.

What may also have changed about Spielberg is not his ability to make money, but where the money comes from. Increasingly, it’s from older viewers. His most recent movie, Bridge of Spies, was a box-office success, but it succeeded mostly on the strength of moviegoers closer to his own age. The Wrap reported that “an unusual 89 per cent of the audience was over the age of 25—and 43 per cent was over the age of 50.”

Spielberg was one of the directors whose movies helped shift Hollywood’s focus to the young. He told his biographer, Joseph McBride, that he and others like George Lucas “had to chisel and dynamite their way into a profession that really never looked to young people.” Today, everything is about the young: one of the big film stories this month was a new study showing that Millennials account for almost a third of all movie ticket sales. A Cold War drama like Bridge of Spies, or a traditional historical film like Lincoln, doesn’t get a lot of buzz in a youth-driven film world.

The BFG, Spielberg’s first family movie since 2011, might turn things around. People already seem excited about the idea of a Spielberg film that’s more like his early crowd-pleasers. In a laudatory article about the director, Wired magazine expressed relief that he was doing “an unapologetically magical, family-oriented film” after “a five-year run of stoic historical dramas.”

The BFG also marks his first co-production with Disney, the company that dominates popular moviemaking. More collaborations will follow; now that Disney owns Indiana Jones, Spielberg has already announced that he will make a fifth movie in the series, with Harrison Ford. With the studio’s marketing machine behind him, his movies might once again take over coverage of pop culture the way Star Wars already does.

It’s not impossible for a filmmaker to escape his own shadow. A director older than Spielberg, Clint Eastwood, recently had one of his biggest and most talked-about hits with American Sniper—a project Spielberg turned down. But not even Eastwood is as completely defined by his past work as Spielberg is. It’s telling that Spielberg’s next movie, Ready Player One, is based on a science fiction novel that includes many references to his classic 1980s work; he told critics, “I cut a lot of my own references out.” We’ll have to wait and see if future novelists write in references to The Terminal.