Is this the time you should call 911? 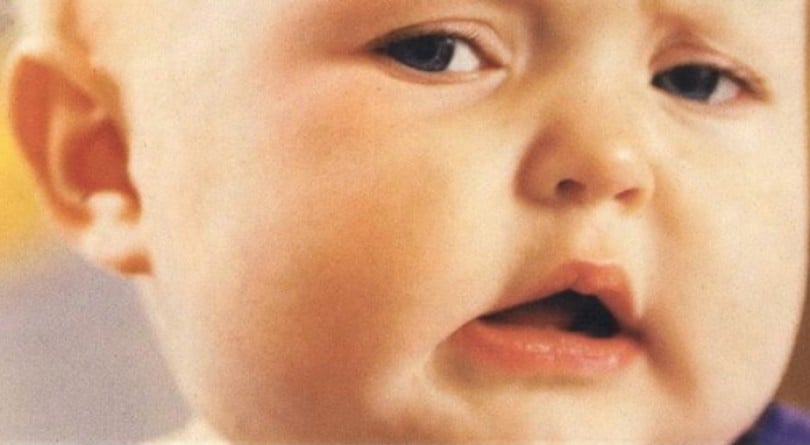 Are you afraid that if your child’s fever goes through the roof, her brain might boil? “Fever phobia” is a common parental fear, writes Dr. Lara Zibners in her book, If Your Kid Eats This Book, Everything Will Still Be Okay: How to Know If Your Child’s Injury is Really an Emergency. Zibners is an emergency room pediatrician who says that half the kids she sees for high fever, bleeding or excessive vomiting are unnecessarily brought to hospital.

With fever, “parents focus a lot on the specific height of the fever. Everyone is worried that if the fever creeps up to a terribly ‘dangerous’ height, the baby’s brain is going to boil and he’ll die. He won’t boil his brain. I promise.” The highest a fever can ever go is 106 or 107, she writes, unless the thermometer is broken or the kid’s been left “inside a very hot car on a summer day and has been cooked from the outside.” The rules, she says, are straightforward: “An infant under one month with a fever of 100.4 or higher sees a doctor. Period. No discussion.”

After 12 weeks, “most babies are no longer in danger from the serious infections that can affect newborns.” Do not use ice or alcohol baths to treat a fever, she says. “The use of rubbing alcohol to increase the cooling of the skin has been associated with severe poisonings in small children who have absorbed the alcohol through the skin. Plunging into an ice bath will make a child shiver and shake, which may actually raise his temperature.”

For coughs and colds, “most of us recommend against giving [cold medicines] to children,” she writes. “They don’t work and they can make your kid act way too sleepy or completely insane. Research suggests that a spoonful of honey at bedtime provides better cough relief and better sleep in kids than either traditional cough medicine or no treatment.”

Don’t panic if your kid’s nose bleeds, she writes. “It looks like more blood than it actually is. Even if it is all over his pillow and smeared across his face and into his hair. A little blood goes a long, long way.”

The No. 1 cause of nosebleeds is “digital trauma. Picking. And yes, he does. Everyone does.” She warns: “Tipping his head back won’t make the bleeding stop any faster and it will fill his stomach with blood, Mother Nature’s vomit inducer.” Instead, “sit him on your lap and gently squeeze his nostrils together. The bleeding should stop in five to 10 minutes.”

But “really stinky snot coming out one side of a child’s nose should alert you to the possibility that your kid has stuck something up there that doesn’t belong.” If you see something up a kid’s nose, Zibners writes, “you can try a technique called the Kiss. “Pinch the empty side of his nose and cover his mouth with yours. Now blow. If you are lucky, the offending object will come flying out, spraying the side of your face with snot. Disgusting, but effective. Try this once only, and if you aren’t successful, call your doctor.”

Zibners shares her basic rule that “when ‘everything hurts’ probably nothing is really broken.” If a rash or skin infection is spreading, “outline the rash with a permanent marker. It is a very helpful way of knowing if an infection is becoming worse and how quickly it is spreading. Your doctor will be very appreciative if your kid shows up with three different colours of marker that are dated and timed on his leg.”

A crying child has an airway and is conscious, and this is a good thing, she writes. “A baby who truly does choke on something, be it food or a forgotten Lego piece, is keeping her own airway open if she is coughing and making noise.” However, “a baby who turns blue inside the lips or tongue or appears limp or unconscious during a pause in breathing needs to be seen immediately and you should call 911.” A baby who is forgetting to breathe, she writes, “will often start again with stimulation such as flicking the feet or rubbing the breastbone. This should hold you until the ambulance arrives.”

If you do race to emergency, always “ask the triage nurse if it’s okay to feed your little one,” writes Zibners. Some hospital staff will wait up to eight hours after a child has eaten before giving medication. “Food in your lungs can be very, very serious.” “You would hate to get to the exam room and find out that those vending-machine crackers he ate are going to cost you four extra hours of waiting time until his tummy empties.” Your child should have “nothing. No ice. No candy. No lollipop. No chewing gum. Nothing means nothing. I don’t care if he’s hungry. You can survive hunger.”

FILED UNDER: 9/11 Dr. Lara Zibners emergency Everything Will Still Be Okay Fever phobia If Your Kid Eats This Book The Vault