A 76-year-old classic captures our moment like nothing in the holiday canon. But you want the original lyrics—not that treacly Frank Sinatra version. 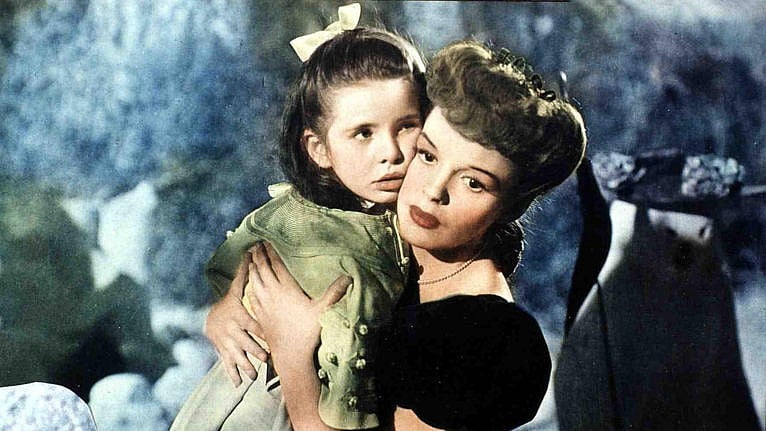 The Christmas song that may as well have been written for 2020 first came out in 1944. In the film Meet Me in St. Louis, Judy Garland’s teenage character Esther sang “Have Yourself a Merry Little Christmas” to console her young sister, Tootie, who despaired that their father would soon uproot the family to New York City. The song landed in the midst of the Second World War. Lines about troubles being miles away and dear friends gathering gave families and soldiers overseas something to cling to.

Wait a minute, I hear you saying. How does that treacly song about “hanging your shining star upon the highest bough” encapsulate the year coronavirus stole Christmas? Well, the version with that line doesn’t. It turns out that, for 63 years, we’ve been singing a newer, cheesier set of lyrics to the song. We have Frank Sinatra to blame.

In 1957, Ol’ Blue Eyes was churning out his fourth studio album of the year—a Christmas record with cheery standards like “Jingle Bells,” “The Christmas Song” and “Hark! The Herald Angels Sing.” Sinatra wanted that old song from the Garland film on the album, A Jolly Christmas, too. But he called on songwriter Hugh Martin to revise it. Speaking in a 1989 NPR interview, Martin recalled Sinatra saying: “It’s just not very jolly. Do you think you could jolly it up for me?”

One didn’t say no to that voice, so Martin complied. Among other more subtle alterations, he inserted the blithe line about the shining star. The 1957 lyrics became the new standard that has dominated holiday albums and December radio airwaves ever since, sung by everyone from Mel Torme and The Carpenters to Michael Bublé and The Pretenders.

Here’s a sample of the Sinatra version, with lines from the 1944 film version for comparison:

Someday soon we all will be together
If the fates allow
Until then, we’ll have to muddle through somehow
So have yourself a merry little Christmas now

Sinatra deemed that next-to-last line as a real downer for A Jolly Christmas. But it rang more genuinely in the movie, as Esther and Tootie had to muddle through a tough period of family turmoil; in 1944, as families had to muddle through yet another season of being separated by a war on the other side of the ocean. As for 2020, can the lucky few who haven’t struggled to muddle through please just hush and let the rest of us hog the rum-spiked eggnog without judging us?

Martin’s other changes to the song are less conspicuous, but might matter more to its contemporary resonance. Unlike the popular version, the originally recorded one is a series of expressions in the future tense—of hope. Garland sang “Next year all our troubles will be out of sight,” and “Next year all our troubles will be miles away.” Sinatra sang those lines with “next year” swapped out for the more immediate “from now on.” The more popular lyric is an everything-is-awesome celebration of the present; the film lyric holds what all of us today cling to—hope for a better future, a less troubled tomorrow. This is especially true of the song’s middle stanza:

(There is, in fact, another “original” version, one that was never recorded. Martin’s first set of lyrics were more rueful than reflective: Have yourself a merry little Christmas/It may be your last/Next year we may all be living in the past. Judy Garland declared there was no way she’d sing something that dreary in a movie to her character’s five-year-old sister, so she also helped persuade Martin to inject some optimism. The “muddle through line,” however, was preserved from that first draft.)

I’m fairly certain I’m not the only one who hears my current situation in the 1944 film’s lyrics. A few years ago, my parents moved across the country, from Toronto to Calgary, to be closer to my own family. Since March, those visits have occurred only outdoors. I dearly miss the inside of their apartment, my mom’s spur-of-the-moment dinners, and carefree high-fives or hugs with my 88-year-old dad. My second son was born in April, and how I wish for the time when our faithful friends can be near to us once more, and give our youngest all the baby cuddles that his older brother got. I mean, I don’t even celebrate Christmas and this gets me farklempt.

“At the moment it seems quite timely,” Garland said before her first radio performance of the song. As sung by her, it’s a tonic more potent than rum and eggnog: optimism for a better next year, if the fates allow. And doesn’t that sound poignantly like this Christmas, when our hopes hinge on vaccines and an end to this cursed pandemic?

Until then, we’ll have to muddle through, and—forbidden as we are from holding those big celebrations of yore—have ourselves a merry little Christmas, now.

FILED UNDER: christmas music Editor's Picks Have Yourself a Merry Little Christmas Judy Garland Meet Me in St. Louis