I’ve been battling Indigenous art fraud for 30 years. It’s only getting worse. 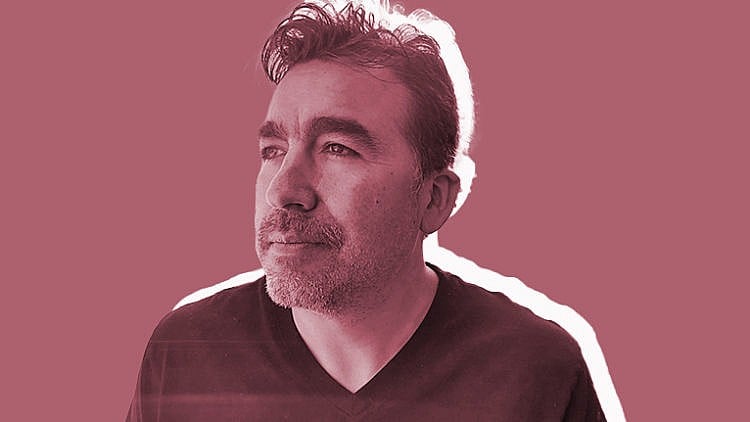 First Nations artists like Jason Henry Hunt—a renowned carver and nephew of legendary North West Coast artist Richard Hunt—spend a lifetime learning the intricacies of their craft. But fraudulent works (most of which are mass-produced overseas) have flooded the Canadian market for decades, despite the best efforts of Hunt and other advocates. Currently, Senator Patricia Bovey—the first art historian in the Senate—is lobbying the government to fortify copyright law to protect intellectual property and provide more protections for First Nations artists. She says there may be millions lost to art fakes and wants the government to do more to help artists track down those unlawfully reproducing their works by conducting a thorough review of the Copyright Act in order to ensure there are proper legal protections in place. In the meantime, Hunt says Canada’s art market remains a free-for-all for unscrupulous fraudsters. This is his story.

— As told to Liza Agrba

I’ve been a professional carver for 30 years. I come from a long line of Kwaguilth carvers, including my uncle Richard and my dad, Stan. Our family is full of artists, and I’m lucky enough to be one of them. But, like many First Nations artists, I spend my off-time trying to rein in the enormous market for fraudulent artwork, and have been doing so since I began my career.

Every element of North West Coast art is being stolen and reproduced. It runs the gamut from inspired designs thrown on cheap mugs and T-shirts to detailed reproductions passed off as the real thing and sold at a high price. Outright copyright theft is extremely common. In Canada, artists have implicit rights to a piece as soon as it’s created—that is, you don’t have to go out and copyright every individual work of art. But in practice, pieces are stolen all the time, with virtually no repercussions.

If you visit cities like Vancouver, Banff or any of these touristy places, you’ll find more fraudulent First Nations artwork than authentic pieces. When I was in Jasper a couple of years ago, every gallery I walked into—including some of the nicer ones—were filled with reproduction garbage promoted as real. It’s disheartening.

There are few to no consequences for people who do this. Ten or so years ago, one of the largest slot machine manufacturers in the world stole the design for one of my masks and put it onto their machines. The only reason I found out is because my wife was playing the machine at a casino in Vancouver. I sat down beside her and noticed. What the heck!? That’s my mask on the screen! I talked to one of their lawyers at the time, who agreed it looks like the same piece of artwork, but said that if it ever goes to court I’d have to do a lot more to prove it’s my piece. They are a massive company, and I couldn’t afford a lawyer to go after it.

There are countless examples of this. There was even one guy who hired a crew to create artwork and went as far as creating a fake artist persona. He sold to galleries for 10 or 15 years until a few of us artists started looking into him a little more because the work just didn’t look right. As with many of these fraudulent pieces, much of the work looks completely ridiculous to an actual carver. But to the average Joe, it looks legitimate. Someone he knew ended up ratting him out, and thankfully, you don’t see his pieces anymore. And that’s just the tip of the iceberg.

There are red flags to look for. One extremely common pattern is online posts with some version of this elaborate fairytale backstory: “I collected this piece at an estate sale; it’s been sitting in an attic for decades. It’s a long-lost masterpiece!” When I read that I think: buyer beware. It also helps to do some research on the artist—there should be something to corroborate who this person is. Also, when it comes to wood carvings you can look out for the type of wood being used. Generally, the real thing is made with red or yellow cedar. Another big tell is artwork that doesn’t have a signature. Every artist signs their work—don’t believe sellers who say the signature rubbed off.

Online selling has made this industry all the more prolific. In my earlier days I was battling eBay. I would sit around emailing buyers and sellers to warn them off. Now, sites like Redbubble, which sell work from ostensibly independent artists, will occasionally get on board to take fraudulent work down when it’s pointed out to them. But in my experience they’re absolutely uninterested in being proactive about it.

Even though we supposedly have laws in Canada to protect us, there’s no active enforcement. Because there’s no large-scale effort to tackle the issue it’s up to individual artists to do their best with whatever resources we may have. Believe me, it’s expensive to prove that a given piece is yours.

Enough is enough. We need a united approach, so we’re not all fighting this fight in little siloes. Maybe we need to fund a committee to tackle this problem, or stronger checks at the border for pieces that look like First Nations artwork. In the United States they have more severe penalties for people who reproduce First Nations artwork and pass it off as real. We need stronger policies and copyright protections.

There are a lot of artists passionate about this—we have Facebook groups and other forums dedicated to the effort. The Vancouver-based artist Lucinda Turner, who recently passed away, really spearheaded this effort. She would send thousands of cease-and-desist letters to online resellers. Since she’s passed, it’s even more of a free-for-all than before. We can’t keep up. It’s like playing whack-a-mole.

It’s emotionally draining. I’ve been battling this for 30 years, and it’s just getting worse. I’m lucky because I have a name in the art world, so I’m not necessarily losing out on the ability to market my work. But it really affects younger artists. Frankly, I think that’s part of the reason there are so few of them. I’ll be 50 in a couple of years, and I’m the youngest person in my family making a living with my art.

If you look at this with a broader lens, the uniqueness of our art is being watered down. There’s a very specific method to what we do. The designs are not just put together randomly. It takes generational knowledge to know how to do this. I was taught by my dad, who was taught by my grandpa, who was taught by his great-grandpa, and so on. That’s what gives the art meaning.

But when you have these generic reproductions, there’s no culture behind it. I wonder if there may be more fraudulent pieces on the market than there are genuine ones. Are we getting washed out? Maybe. It’s heartbreaking because there’s a huge market for this art, but we’re stuck battling theft on a massive scale. At this point we need government support and protections, and we need it now.