Fantastic Beasts and Where to Find Them, a new five-film spinoff franchise from J.K. Rowling 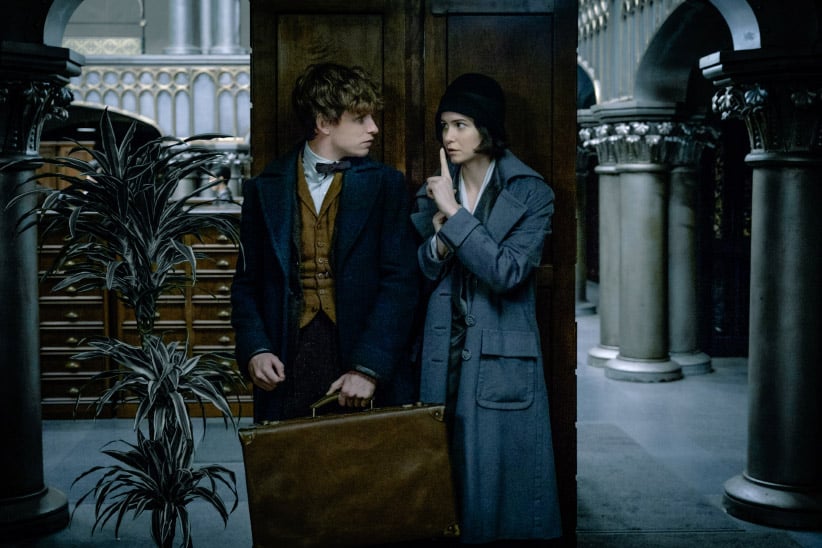 After Harry Potter and the Deathly Hallows was released in 2007, author J.K. Rowling insisted she had closed the book on the Boy Who Lived. No one really, truly believed her. Rowling’s richly textured fictional world of wizards, witches, Quidditch and quaffles was just too inventive and alive to be consigned to a dusty bookshelf.

Even as she began writing other fiction, Rowling returned again and again to her magical world, adding to the lore on her Pottermore website, including Professor Minerva McGonagall’s bittersweet romance and even extending the Potter family’s genealogy back to Linfred of Stinchcombe. This summer, fans got to see Harry and his friends as adults in a play, Harry Potter and the Cursed Child, now playing in London.

Now Rowling has undertaken the most radical expansion of the canon to date. Opening Nov. 18, the film Fantastic Beasts and Where to Find Them plunges fans into a dark, adult world of fear, persecution and betrayal. This movie is spun off from a slim encyclopedia of magical creatures Rowling released in 2001 to aid the charity Comic Relief (it has raised nearly $40 million, with a new edition arriving in March.)

The movie stars Oscar-winning actor Eddie Redmayne as Newt Scamander, the magizoologist who “authored” that 2001 encyclopedia. It’s the first film in what Rowling recently revealed will be a five-movie series. It also marks her debut as a screenwriter (she was too busy still writing the books when the Harry films were made.)

Fantastic Beasts is set decades earlier than Harry’s era, in 1920s United States where wizards and witches are in mortal danger. To avoid being persecuted, some have deliberately supressed their powers. “There is a massive segregation,” explains actor Colin Farrell, who plays the director of magical security, Percival Graves. “We have been repressed.” Tensions are rising as a faction of non-magical folk called Second Salemers seeks to expose and eradicate the wizarding society.

The hidden wizarding community is threatened when Scamander arrives in New York with a suitcase full of outlawed fantastical animals, some of which soon break free. At the same time, chaos in America is linked to attacks in Europe by the dark wizard Gellert Grindelwald, mentioned in the last Harry book. “We’re talking about the first time a wizard rose and threatened the world order,” Rowling explained in a promo video for Fantastic Beasts. “This was always where I was interested in going. This is what I wanted to do.” Aimed squarely at the young adult market, the film’s original screenplay means that, unlike all previous Rowling films, it doesn’t have to pay tribute to the cardinal rule of children’s books: main characters don’t die, and good triumphs over evil.

The themes could quickly get far more adult than many parents of younger Harry fans expect. At a October peek at the first 10 minutes of the film, broadcast to fans around the world, Rowling dropped broad hints that the Fantastic Beasts series will increasingly focus on the relationship between Albus Dumbledore, Hogwarts headmaster in the Harry Potter series, and Gellert Grindelwald. Their tempestuous friendship, from young friends dreaming of a world ruled by wizards to eventual mortal enemies, is mentioned in Deathly Hallows but took on added significance when Rowling later revealed Dumbledore’s “great tragedy”—he’d fallen in love with Grindelwald.

“In the second movie Dumbledore comes back. He’s got a couple of good scenes with Newt,” confirmed director David Yates. What isn’t known is who else will cross over from the Harry novels into Fantastic Beasts. Speculation is rife on fan sites, but Rowling is notoriously secretive about her plots.

As she writes more scripts, the author has also tweeted reassurances to devotees concerned Fantastic Beasts could morph into a bloated sequel fest: “I think, when you realise what story we’re really telling, you’ll understand that it can’t possibly fit in one movie!” Given her mastery of serialized storytelling, it’s a promise most fans will fervently believe.

FILED UNDER: Editor's Picks Fantastic Beasts and Where to Find Them Harry Potter J.K. Rowling