JFK as you’ve never heard him 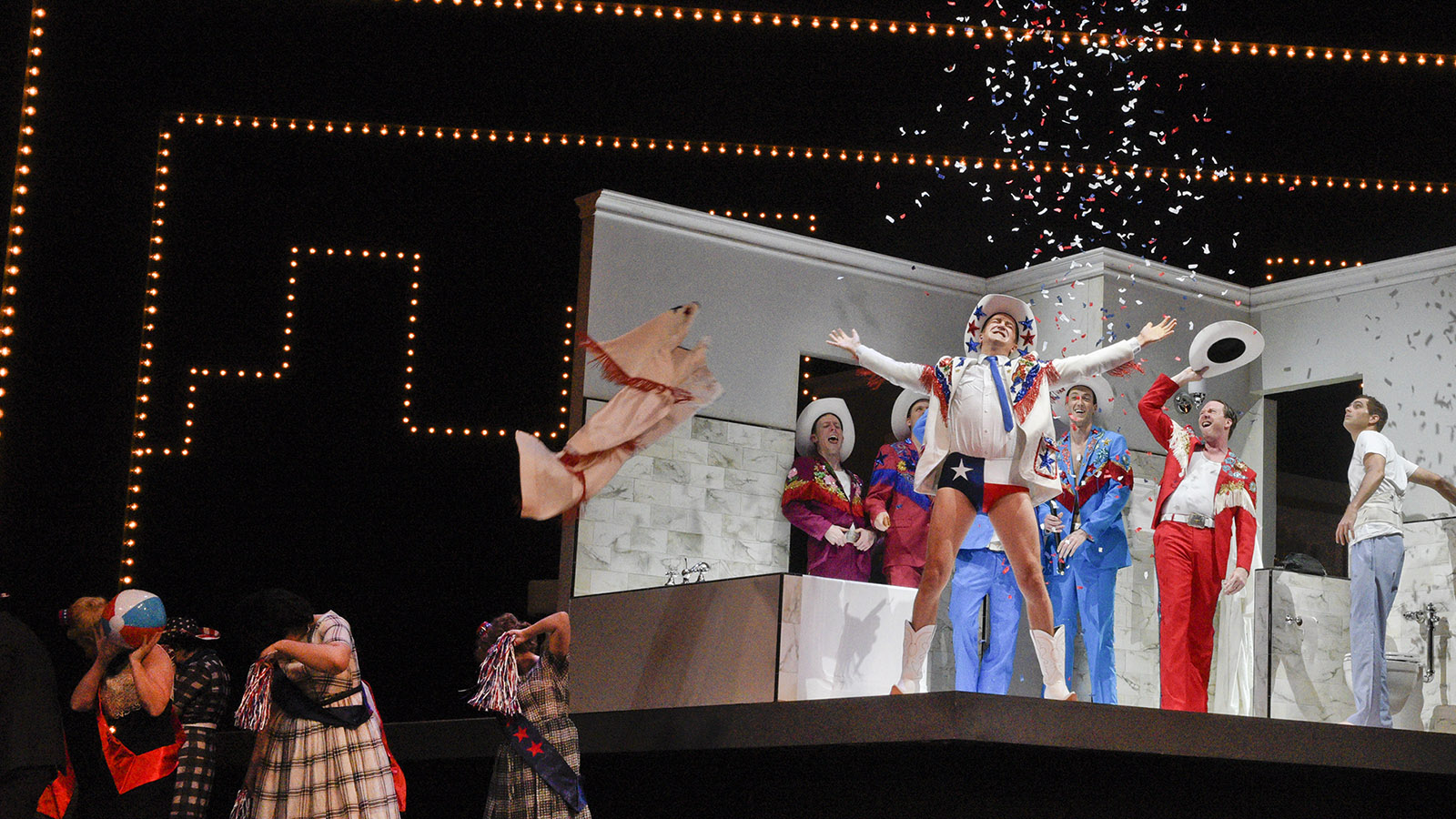 It’s impossible for a visitor to Texas to avoid clichés about bigness; the place is like a catalogue of the ways people have tried to fill a wide horizon with stuff, and statements. They seem to live on golf courses. The wide streets aren’t big enough for the trucks. Statuesque women (“the higher the hair, the closer to God,” as the saying goes) saunter through bars the size of aircraft carriers, flashing with lights, tassels, rhinestones and sequins. That is a spirit at home at the opera, and Fort Worth Opera (FWO) has earned a reputation for robustly supporting new work. Their latest commission is JFK, written by Medicine Hat, Alta.-born Royce Vavrek, and it tells the story of Jack and Jackie’s day before their drive to Dallas.

JFK was commissioned in 2013 to premiere at the end of “Opera of the Americas,” FWO’s 10-year project of new works on American subjects, and now begins another cycle. The company is led by its apparently indefatigable general director, Darren K. Woods, who wanted a new opera that was distinctly from Fort Worth but also had wide appeal.

The day-before-the-day-that-everybody-knows seems like a poor dramatic subject, but Vavrek and David T. Little, who wrote the music, packed it with highlights of JFK myth, and director Thaddeus Strassberger has staged it with cheeky Western flare. It was also a way for Woods to pursue opera “as a community builder instead of just an entertainment organization,” while securing the national and international attention (Opéra de Montréal invested in fall 2015) that brings visibility and funding.

Little and Vavrek met in New York at American Lyric Theatre, which co-commissioned JFK by hosting readings and musical workshops over two years. Opera always takes this long to cook, just maybe not so publicly. Vavrek says the first draft was fairly traditional and then “it evolved into a more fantastical and theatrical dreamscape.”

He wants to tinker further, and he will have the chance. New operas often have no plans beyond a premiere, which is difficult enough, but JFK will go to Montreal in 2018. That will be the first time that Vavrek has something at home—he studied at Concordia—and he hopes it will lead to more projects. “There’s nothing more that I would love to have than a presence in Canada.”

The development process of JFK also reflects a growing desire for community engagement in opera, an art that struggles with its elitist traditions. “How can we use the art that we produce and touch the lives of people who may never see those works?” Woods wonders. So FWO organized six months of public conversations on 1960s issues, from civil rights to the space race, called “Five decades of progress.” They were held in elementary schools and at Dallas’s Sixth Floor Museum; participants included the civil rights activist and Black Panther Eddie Griffin. When an opera company supports events that have nothing do to with its performances, traditional outreach looks rather narcissistic.

The finished opera is no biography; it’s more like ambitious fan fiction. At its emotional heart is Jackie, since Jack spends most of it passed out in the bathtub after a morphine injection for back pain. Though the plot only requires the couple—along with Texan and vice-president Lyndon B. Johnson, sung heartily by Ottawa-born bass-baritone Daniel Okulitch—this is the opposite of a minimalist opera. There are many, many characters: Khrushchev, a Civil War soldier, a beach ball, some of the Greek Fates. Johnson comes with five cowboys who stage a frat attack on Jack in the bath that ends with Johnson tearing his own pants off. Whether you liked this seemed to depend on whether you were from Texas.

Toeing a line between hallucinogenic camp and aching drama, Little’s music telegraphs emotion with swells that slide into atonality, souring into menace as the next day, the terrible day, repeatedly announces itself. The result is formidable, a chrome cadillac with neon running lights. Its real test will be how this very Texan work handles on the road.