There’s no kneading and practically no work: these loaves are the slow food of your dreams 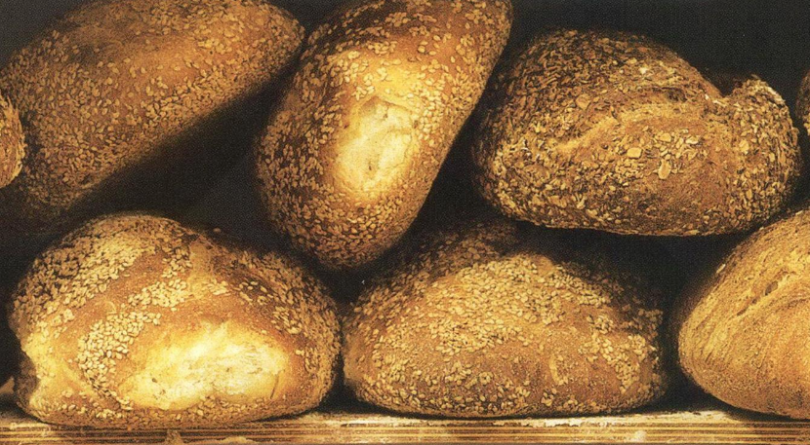 At first glance, My Bread: The Revolutionary No-Work, No-Knead Method, by American baker Jim Lahey (with Rick Flaste), appears to be peddling yet another made-in-America miracle, akin to one of those eye-catching Cosmo covers on how to eat pasta eight times a day and lose 90 lb. But hang on. There are a few things you should know: one, Lahey is the owner of the extremely well-reputed Sullivan Street Bakery in Manhattan; and two, I’ve tried his method and found it to be as effortless as advertised. Lastly, be advised that it works, and then some.

This is the thing. For most home cooks, bread-making is a drawn-out, messy and often tedious affair. There are many steps and even at its most basic it goes something like so: mix flour, salt, water with yeast or a starter, knead for 10 minutes or so, let rest, let rise, knead again, let rise, knead a little more, shape, let rise again and, finally, bake and hope for the best.

And this by contrast is the cycle of the Lahey method. To start, quickly stir together flour, salt, water and a tiny bit of yeast, cover, and then abandon for 12 to 18 hours. Upon noticing that it is a new day, transfer gooey mix to a floured dishtowel and cover. Preheat oven with a lidded pot inside. Transfer wet dough to pot, bake for a bit, uncover pot and bake some more. And presto.

That’s it, but that’s not all. For what is actually noteworthy and impressive about the Lahey method is not its facility but rather its results. For Lahey is very much not in the Wonder bread business. He is an artisanal baker—at any rate, he was, but as he explained to me over the telephone from his New York bakery, “now that Wendy’s has artisan bread, I’m calling myself a ‘craft baker’ instead.” In any case, formerly-known-as-artisanal craft bread is what you get.

“You got this sort of ‘Aha!’ feeling when you took it out of the oven, didn’t you?” Lahey asked, rhetorically. “That’s what I want!”

And sure, it’s what I want too. But to come clean I did not feel I had any particular business achieving it. For like most home cooks I almost never bake; in fact, my first go at Lahey’s “pane integrale” was my first-ever loaf of bread. And yet there it all was: a crisp and seemingly layered crust, a moist, meaty, and elastic crumb (as the interior is properly called) with a pleasant, rustic variance in the size of its air pockets, and what’s more it was equipped with an enticing sweetness, a certain nuttiness and a barely perceptible hint of sourness for balance.

The crust is the direct result of the unusual practice of baking the dough in a sealed pot—or if you will, an oven within an oven. For this method ensures that the bread begins to bake engulfed in steam, which is necessary to prevent the crust from beginning to form before the bread has completely risen. Bakers generally ensure this effect either with a modern steam-injection oven (say, $5,000 minimum and $40,000 for a nice one) or by the sheer volume of bread they put in their ovens in one go (140 loaves at a time at Sullivan Street), and neither solution is especially convenient for the home cook. Worse, the customary methods of replicating steam injection in the home oven are regrettably risky, as they can easily lead to nasty burns, exploding oven lights, you name it. Baking your bread instead in a pot, and then removing the lid to let it brown is inspired—safe, foolproof, cheap and effective.

The surprising depth of flavour can be just as easily explained. It is a direct product of the long and slow fermentation process of the minimal-yeast Lahey process. And just like baking bread in a pot was an epiphany derived from the methods of the distant past (in particular, the ceramic baking vessels of the ancient Egyptians), this one finds its roots in the typical, slow fermentation process that was essential to bread-making until in 1859 Louis Pasteur discovered that the important, active agent in the leaven—or raising agent—responsible for raising the dough was in fact yeast.

The isolation of yeast made possible an accelerated fermentation process, but speed also removes subtlety from the taste equation. Slowing it down again means gluten strands form more slowly and give the bread greater elasticity. And the lengthy fermentation results in complex layers of flavour. All this through no effort of your own.

“The point of the book is to get people motivated and excited about baking bread,” Lahey said to me. “And to get them to explore it in a creative way.” And why wouldn’t you, when the formula is so simple and the results so compelling? This bread is the slow food of your dreams: great results, but the slow happens on someone else’s—okay, the yeast’s— time clock. There is no need to sell the advertising firm and move to some rural hovel because that’s all you can afford after buying the 700 acres you need to generate three kilos of flour from the obscure and miserably unproductive heirloom wheat some hippie convinced you to save from extinction. Nope. All you have to do is put in your 10 minutes in the kitchen, and let the yeast take care of things as your busy, fulfilling life unfolds as it should. Then you get home from work, pop it in the oven, pull it out, tell the admiring crowd it took 24 hours to pull off, and bask in the credit. Thanks, Jim.