A new breed of celebrity comedians has had it with celebrities. Also comedy. 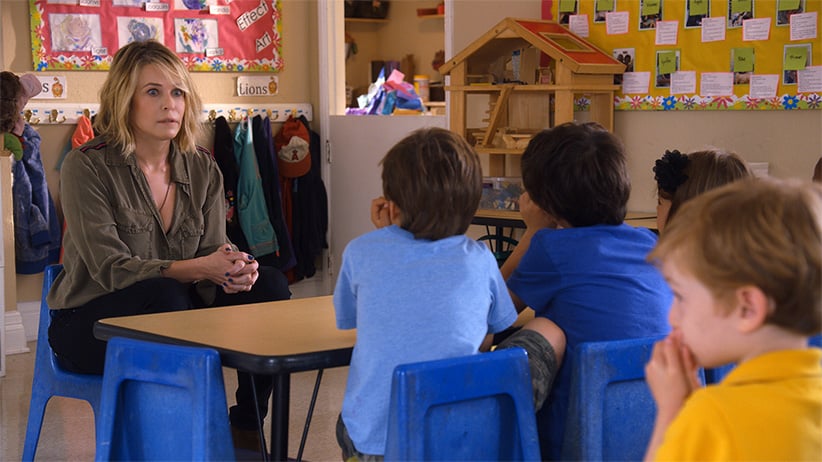 Chelsea Handler became famous for celebrity interviews and books with titles like Are You There, Vodka? It’s Me, Chelsea. But now that she’s moving her act to Netflix, she is getting socially conscious: Her first project, launching Jan. 23., is a series of four documentary films, Chelsea Does, where she investigates hot topics like drugs and racism. “I went in with the intent of exploring topics that I’m either interested in or know nothing about,” she says. The films are still comedic, and feature her in her usual abrasive, hard-drinking persona: “It’s not like me trying to be Barbara Walters,” she says. But she still wanted it to be “informational, and revelatory, and vulnerable.” Which are words that are increasingly becoming associated with comedy.

Many of today’s comics are blurring the lines between serious and funny, incorporating the techniques of serious drama and documentary into a comedy format. Louis C.K.’s show Louie is famous for having long stretches without jokes, even though it remains a comedy punctuated by stand-up routines. Inside Amy Schumer features interviews “with real people who do jobs that I was curious about,” Schumer told Channel magazine when her show began. But she does the interviews in character, asking bizarre or clueless questions, keeping the comedy going while trying to learn more about her subjects.

Even hosts of more conventional comedy shows are more inclined to use their platforms for earnest, even educational purposes. When Stephen Colbert moved from Comedy Central to CBS last year, he got more willing to break character and talk about gun violence and other problems. “I really enjoy the more serious moments on the show,” says Katt Downey from the fan site Colbert News Hub. “I don’t think a talk show should be 45 minutes of funny plus ads.” On NBC’s Late Night, Seth Meyers provides detailed explanations of things like the Syrian refugee crisis: he still tells jokes, but he also wants us to know more about the issue than we did going in.

What’s pushing all these performers to get out of the comedy comfort zone? One factor might be boredom with the thing comedians usually do to fill time: the celebrity sit-down. Downey says that the best serious moments on Colbert’s show are the ones with “non-traditional talk show guests,” like “an author, an academic or CEO.”

Handler, too, had enough of traditional guests when she did her old talk show, Chelsea Lately: “Our culture is so saturated with celebrity. It’s so unhealthy and gross. If a celebrity has something important to say, that’s fine, but it doesn’t have to be the currency of a show.” Handler has a contract to do a new talk show for Netflix later this year, and says she’s going to apply the lessons that she learned doing these documentaries.

Comedians may also be experimenting with non-traditional comedy because that’s what their audiences expect now. Comedian Pete Holmes, talking to Vulture’s Jesse David Fox in an article about the current boom in comedy shows and podcasts, said that today’s comedy fans have “a sophistication that wasn’t there back in the Evening at the Improv days.” They want to see comics acknowledge that audiences know all the old jokes already.

That means getting away from jokes and doing less polished, more vulnerable moments. Handler says that on her old show, “I kind of controlled everything.” To change that, she put herself into situations where she could be uncomfortable, like “interviewing my old boyfriend from when I was 21.” Downey adds that “moments of humanity really connect Colbert to the audience.”

Of course, we don’t know yet if experimental comedy can attract a really big audience. Colbert is considerably less popular than Jimmy Fallon, who mostly sticks to lighthearted celebrity interviews. And when comics take on important topics, it doesn’t always work out: The BBC has just released a documentary, The Story of the Day the Clown Cried, about Jerry Lewis’s attempt to make a Holocaust comedy-drama. “You want to graduate and do things that are a little bit more profound,” Handler says, but she quickly adds: “That’s an inflated word to use.”